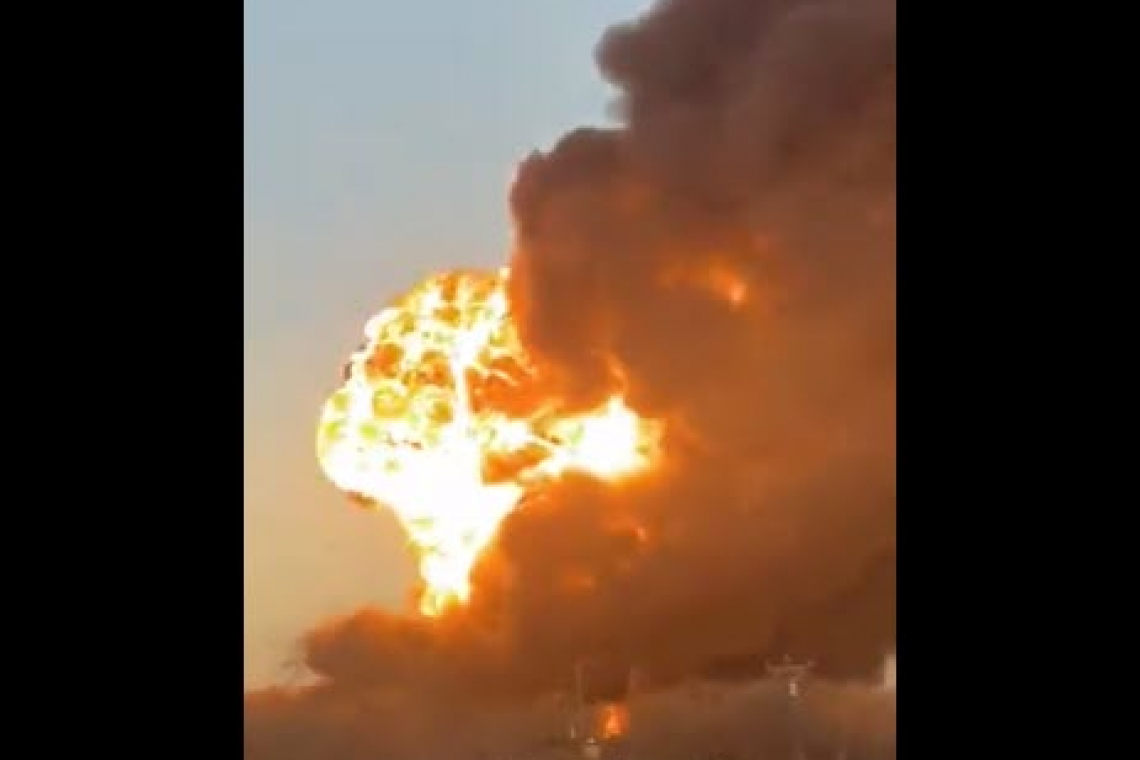 Five-to-six fire departments are responding to the scene of an explosion after a train collided with an 18-wheeler in Cameron, TX Tuesday morning.

The accident happened on 2095-FM a little after 7 a.m. central US time.

Crews say they are evacuating nearby homes and businesses as they work to put out the fire.

The Milam County Sheriff's Office said it doesn't know when the fire will be under control or if there was anyone injured from the explosion.

Reports now indicate fourteen (14) rail cars came off the tracks (derailed) after the collision with the tractor trailer. Roads nearby are blocked by fire as seen in the photo below: 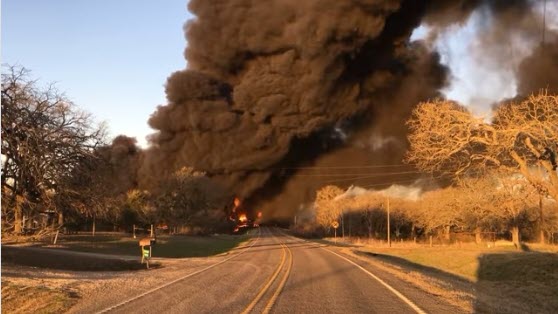 The map below is scalable and it is directly positioned where the railroad tracks cross 2095-FM:

This is precisely where the collision took place.