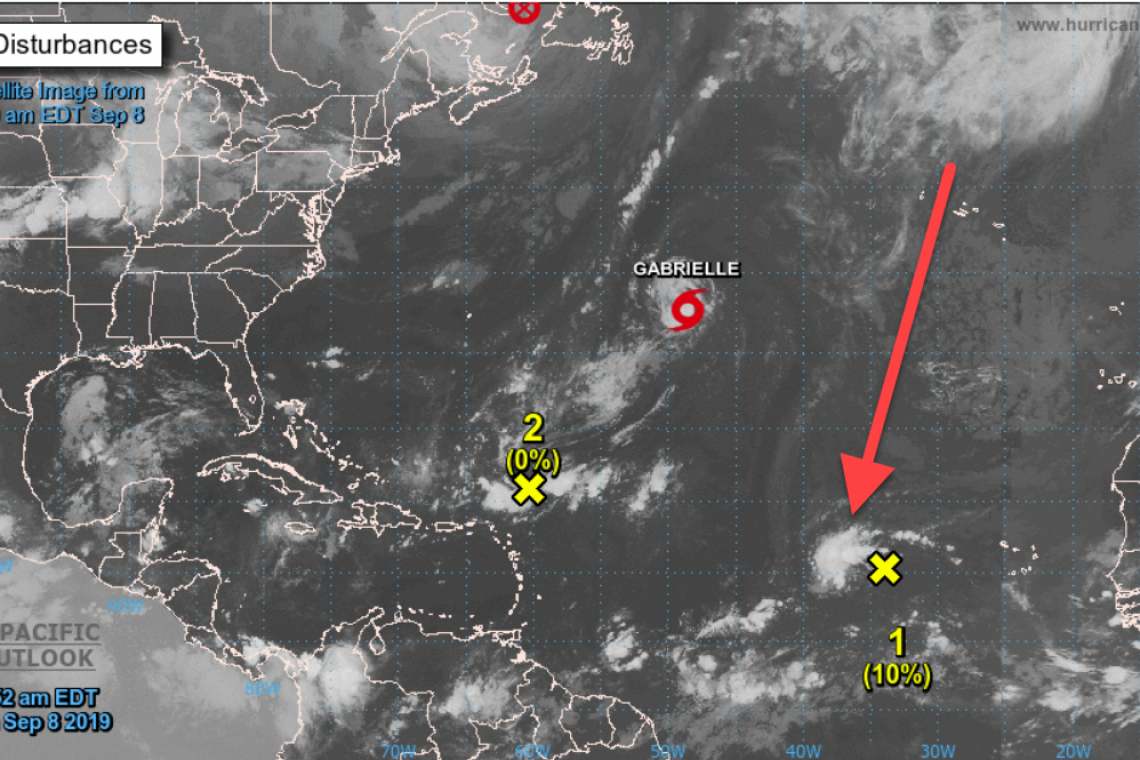 People in the Bahamas - and this time Florida - are likely to get blasted by yet another Hurricane; this one to be named "Humberto."  According to computer models from the National Hurricane Center, Humberto will be bigger and stronger than Dorian, and will make landfall in Florida.

To give you perspective on how this differentiates from Dorian, take a look at the size of the two storms and the Barometric Pressure listed at the center of each:

As always, I remind readers this is a computer MODEL based on known weather history and projected weather patterns.  The storm course could change.

I provide this news so that folk in potentially-affected areas can either make preparations or decide to evacuate.

Spread the word: It looks as though Florida's luck has run out with Hurricanes.  Humberto appears to be headed for direct and brutal landfall in Florida.

Hurricane Death Toll in Bahamas Expected to be "Over 3,000 on Abaco alone"