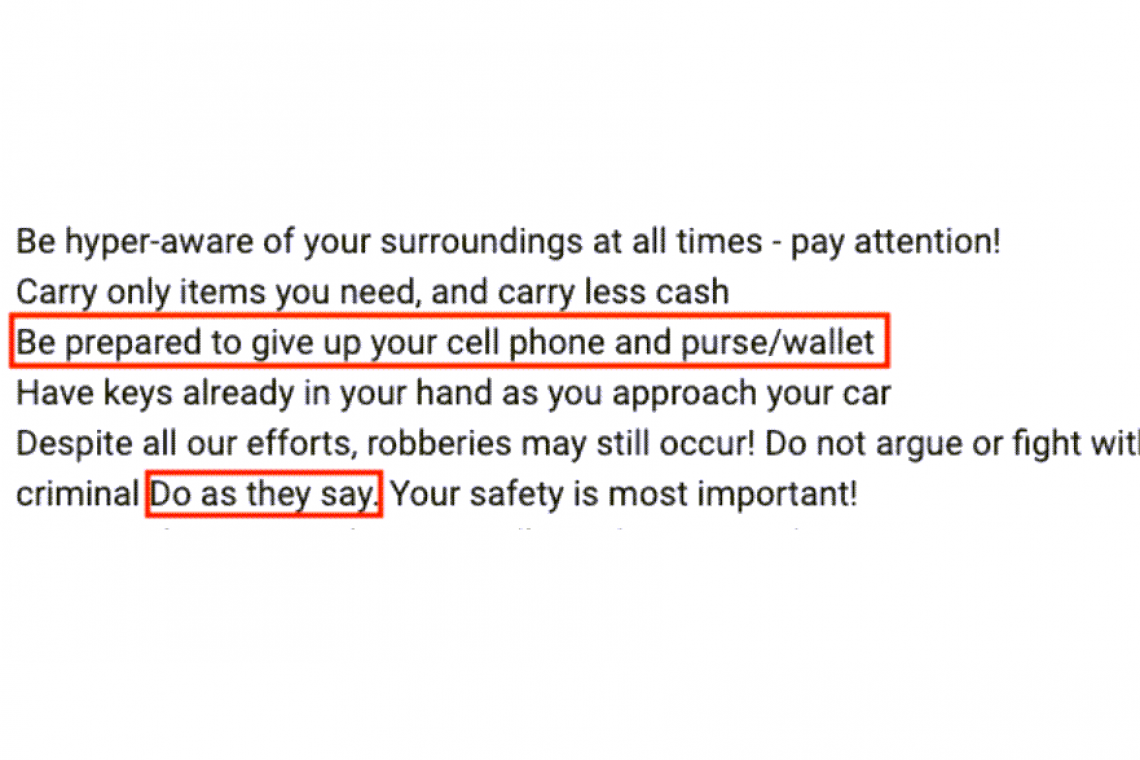 The Minneapolis Police Department (MPD) told residents they should “be prepared” to hand over their phones, wallets, and purses to robbers and to OBEY criminals!

Police in the city’s Third Precinct alone have received more than 100 reports of robberies and 20 reports of carjackings in just the last month.

Officials are now telling residents to be ready and willing to comply with the demands of criminals in an email sent to Third Precinct residents.

“Be prepared to give up your cell phone and purse/wallet,” the police said in their email, a copy of which was obtained by Alpha News. The email said citizens should listen to criminals and “do as they say.”

The message warned that “some victims have been maced, dragged, assaulted, and some threatened with a gun.”

In addition to emailing Minneapolis residents, the police have circulated the directions via local media. KTSP, Bring Me The News, and other outlets have all reposted the MPD’s directives word for word.

Minneapolis Police Chief Medaria Arradondo said his department has “redeployed internal resources and intelligence gathering” to combat what he calls an “uptick” in crime, Bring Me The News reported.

Despite this, innocent people have been affected by the recent rash of crime. After several men tried to rob a woman in broad daylight, police said a Good Samaritan rushed to intervene and was shot in the process.

A 99-year-old woman was also assaulted in her home by a man who broke in and wrapped her head in a blanket. Despite her age and the directions to comply with the criminal’s demands, Evelyn Johnson boldly warded off her attacker.

“He thought he was just going to cover my mouth and smother me, but that didn’t happen. I fought him. We wrestled for quite a while, according to all my bruises,” she told KTSP.

Johnson said the suspect eventually shoved her into her bathroom, stealing her iPad and $40.

Why the people of Minneapolis don't circulate proper petitions to RECALL the Mayor and City Council,  throw them out of office via Recall Election, and put a stop to this insanity, is not known.