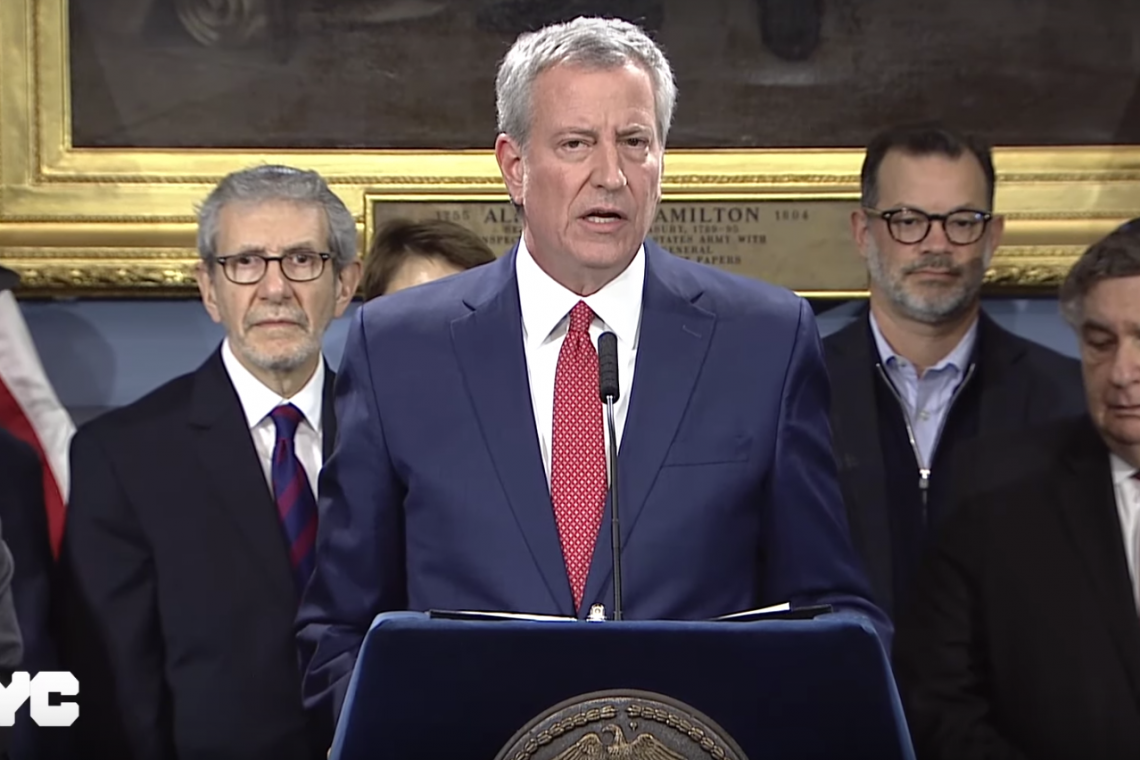 New York Police Department (NYPD) officials announced Wednesday the creation of a special unit to combat POLITICAL anti-Semitism and far-right ideologies, which federal officials have cited as a growing threat.

At a press conference, Mayor Bill de Blasio (D) warned of a "crisis of anti-Semitism gripping this nation" as well as New York in particular following this week's deadly shooting in Jersey City, N.J., which investigators believe was motivated by anti-Semitism.

The unit, dubbed "Racially and Ethnically Motivated Extremism, (REME)" will be overseen by the NYPD's intelligence bureau.

"There is a crisis of anti-Semitism in this city. It has continued to take on a more and more violent form all over this country. Now we have seen this extraordinarily, extreme form of violence reach the doorstep of New York City and we have to take that as a warning sign," de Blasio said Wednesday.

Police officials added during the press conference that the unit would take over monitoring of far-right groups such as the Proud Boys and the white supremacist Patriot Front, which state officials believe to be recruiting on college campuses.

“There are people we’re definitely concerned with in the tri-state area,” NYPD chief of intelligence Thomas Galati said. “It’s our job to identify them and make sure they’re not acting out.”

At his press conference Wednesday, de Blasio said that the unit's creation had been underway for weeks ahead of Tuesday's shooting in New Jersey, and added that the group would "directly take on the hate groups that are trying to spread in this country and that pose a threat to so many communities."

"If anyone out there is even thinking about committing an act of hate, the NYPD has proven that it will find you, it will prosecute you, and you will suffer the consequences," the mayor added.