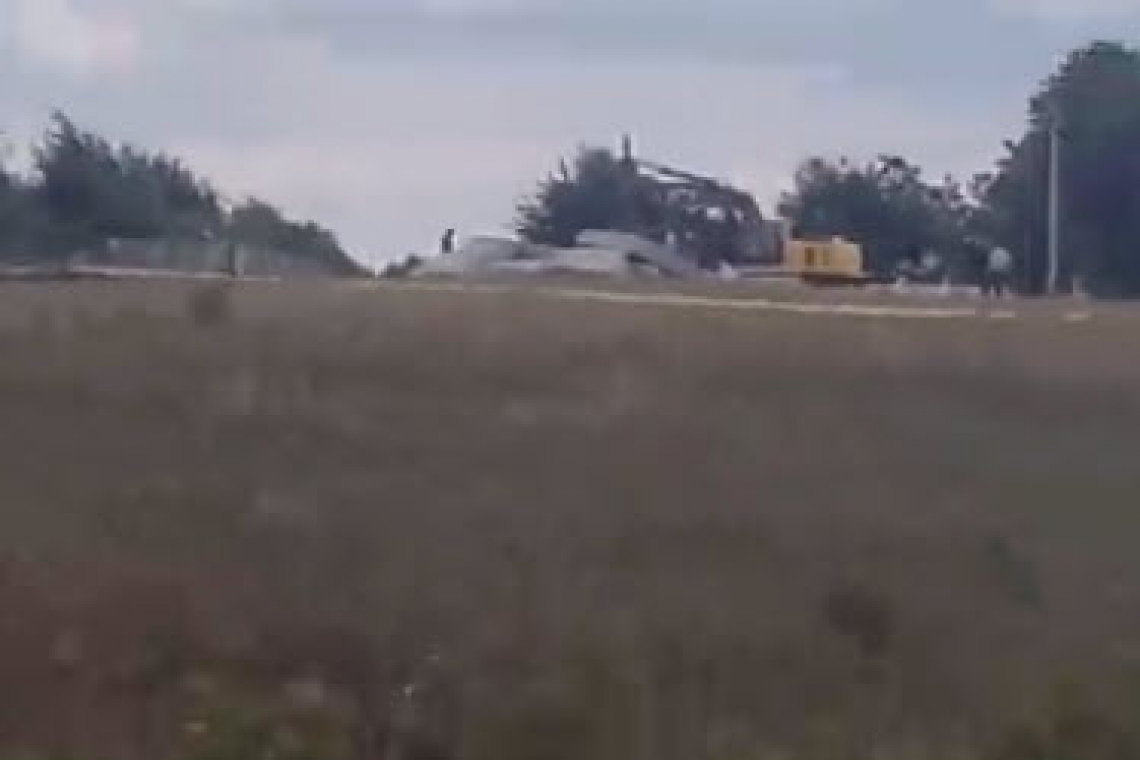 The Georgia Guidestones, which were bombed at about 4:00 this morning, have now been completely felled by a back-hoe.  They are now all gone.

The story reporting on the initial bombing (Story Here) showed a photo that some of the granite stones were left standing after others had been blown up.

We have since received security camera video showing the actual blast:

As of 7:23 PM EDT, we have no also received video showing a back-hoe knocking down the remaining stones.  Here is that video:

It is believed the remaining stones were brought down on police orders because the stones, which weight tens of thousands of pounds each, had suffered cracks from the bombing and were unsafe to allow standing.

As of tonight, the Georgia Guidestones, which touted population control, eugenics, and internationalism, are completely gone.