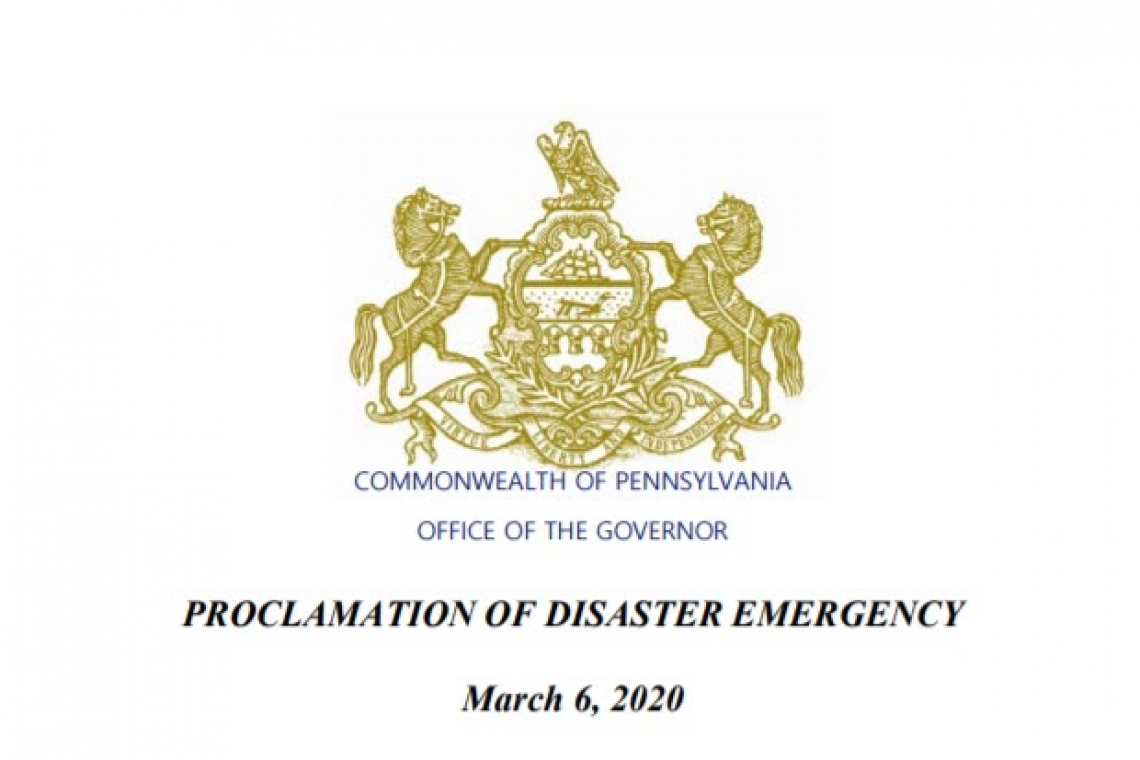 The governor of Pennsylvania, Tom Wolf, has declared a "Disaster" in the state, has called-up the National Guard and invoked all Emergency Powers over the Coronavirus Outbreak.    Here we go . . .