Portland protesters tear down statue of George Washington, drape it with burning US flag 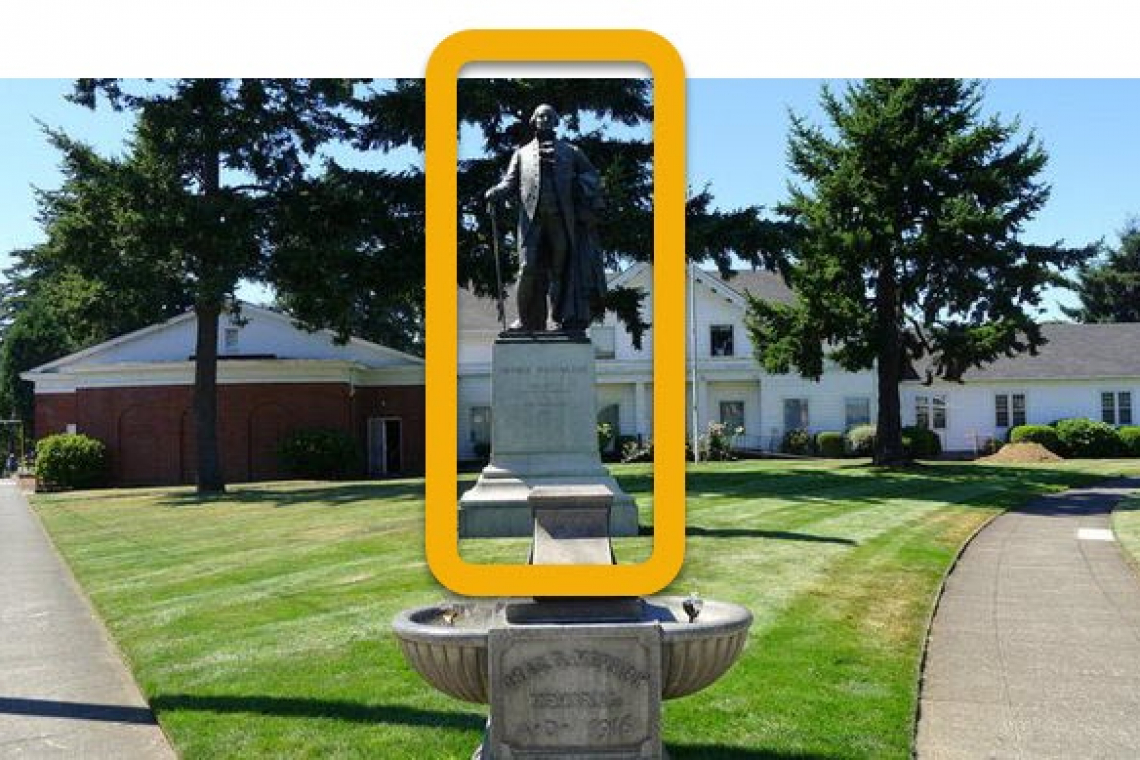 Activists in Portland have torn down a statue of George Washington after covering its head with a flaming US flag during the latest night of protests sweeping the city.

At roughly 11pm local time on Thursday, a group of some 30 to 40 protesters initially vandalized the statue, located on the lawn of the German American Society in Northeast Portland, with graffiti which read: “You’re on native land.” They called the first president of the US a “genocidal colonist.” The group later brought the statue down with ropes.

The nearly 100-year-old statue of George Washington in NE Portland has been pulled down. There are no police in the area. #antifa #BlackLivesMatter pic.twitter.com/qdiY1Y0Zo8

One protester spray-painted the words “Big Floyd” in honor of George Floyd, who was killed by Minneapolis police at the end of May, an event which sparked the current spate of anti-racism and anti-police-brutality protests across the US and elsewhere in the world.

Those responsible for felling the statue fled the scene and police have secured the area.

Meanwhile, another group of a few hundred protesters gathered at the Justice Center downtown, where there have been multiple clashes with police during almost three weeks of protests. According to police, the group reportedly threw projectiles at the center, including hotdogs. Local authorities confirmed that no arrests were made in connection with the incident, nor with any of Thursday night’s demonstrations.

Some commenters online wondered aloud when a more tangible backlash against the desecration of historical statues and monuments would come, with some warning that armed ‘patriots’ could only take so much. However, so far at least, there have been limited outbreaks of violence between opposing groups of protesters and armed militias.

Congrats protesters! You've just started a war with patriots! Guess who actually knows the laws regarding the use of firearms in self defense? Guess who acts irrationally and has been raised to think their actions have no repercussions?

This is not going to end well for y'all.

There have been multiple failed attempts to establish an autonomous zone in Portland, similar to the CHAZ in Seattle, but each time police have successfully retaken the areas, including the neighborhood where City Mayor Ted Wheeler lives.