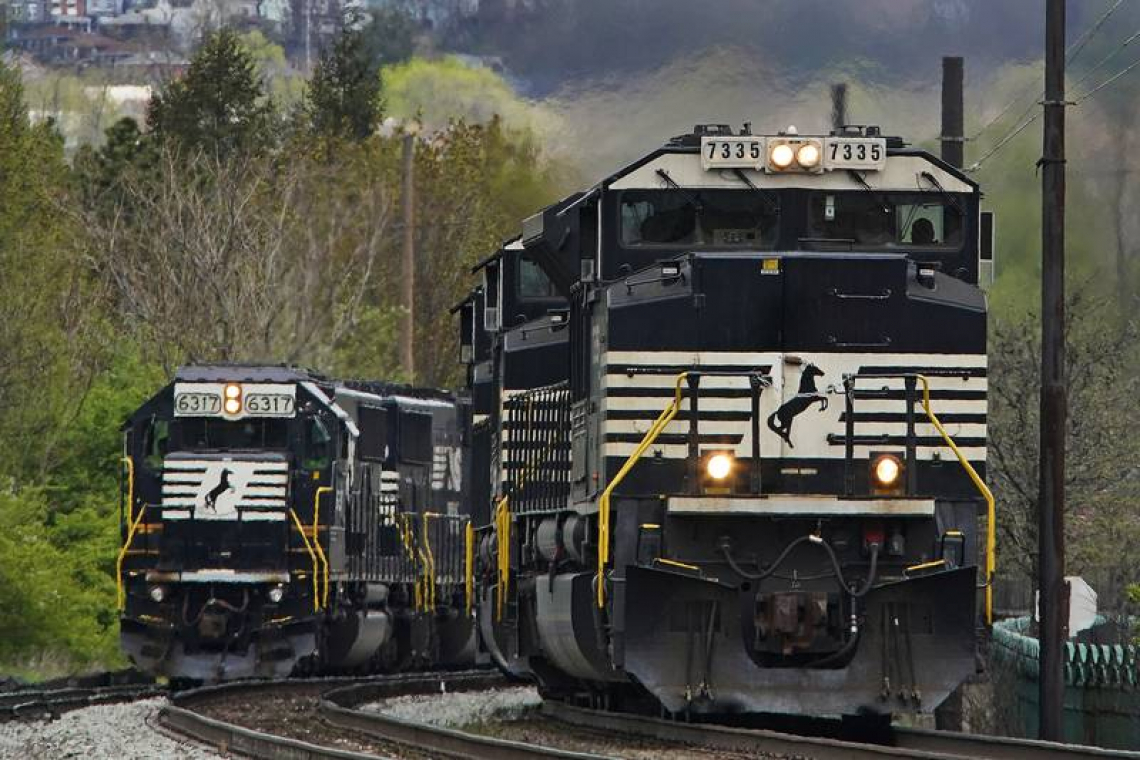 Major freight railroads, in a bid to apply pressure on unions and Congress, say a strike that could come after a key deadline passes next week would cost the economy more than $2 billion a day and disrupt deliveries of all kinds of goods and passenger traffic nationwide.

The Association of American Railroads trade group on Thursday issued a report estimating the dire consequences of a strike. Their report came a day after Labor Secretary Marty Walsh took part in talks in a bid to hammer out an agreement.

A strike or lockout won’t be allowed until next Friday at the soonest under the federal law that governs railroad negotiations.

Five of the 12 unions involved that together represent some 115,000 workers have announced tentative agreements covering over 21,000 workers based on a set of recommendations that a special panel appointed by President Joe Biden made last month. But several key unions are holding out in the hope that the railroads will agree to go beyond those recommendations and address some of their concerns about working conditions.

The Presidential Emergency Board recommended a five-year deal, retroactive to 2020, that includes 24% raises and $5,000 in bonuses. But it wants unions to take their concerns about attendance policies, paid leave and expenses to arbitration or to negotiate separately with the railroads. Unions say their workloads have become unbearable after railroads eliminated nearly one-third of their workforces over the past six years.

The railroad trade group said a strike would idle some 7,000 freight trains a day run by CSX, Union Pacific, BNSF, Norfolk Southern, Kansas City Southern and other railroads and disrupt passenger operations nationwide because Amtrak and half of all commuter rail systems rely at least partly on tracks owned by the freight railroads.

The AAR also said it would be impossible for trucks to pick up the slack if railroads shut down because roughly 467,000 additional trucks a day would be needed to handle all the freight railroads deliver, and there is already a shortage of trucks and drivers.

AAR CEO Ian Jefferies said the unions should accept the recommendations of the Presidential Emergency Board because they would deliver the biggest raises in nearly 50 years and they represent a compromise.

“Should negotiations fail and result in a work stoppage, Congress must act to implement the PEB recommendations,” Jefferies said.

A Labor Department spokesman confirmed that Walsh took part in the talks Wednesday. If this contract dispute does fall to Congress to resolve, lawmakers might be forced to make some difficult decisions in an election year.

A coalition of 31 large agricultural groups sent a letter to Congress Thursday urging lawmakers to be prepared to intervene and block a strike if the two sides can’t reach an agreement before next Friday’s deadline. They say they are already dealing with delayed deliveries because railroads are shorthanded, and the problems would get much worse in a strike even if it were brief.

“Most freight railroads currently lack extra capacity to make up for down time,” the agricultural groups said in their letter. “Thus, a sizable portion of freight backlogged due to a stoppage may never be made up leading to less production from rail-dependent businesses to the detriment of producers and consumers.”

Between this railroad strike, and a pending strike by United Parcel Service (UPS) Drivers (Story Here), the nation could find 95% of its Supply Chain, crippled.   If you need to buy something which would be shipped by either of these methods, you'd better order it right now to get delivery before any strike begins.