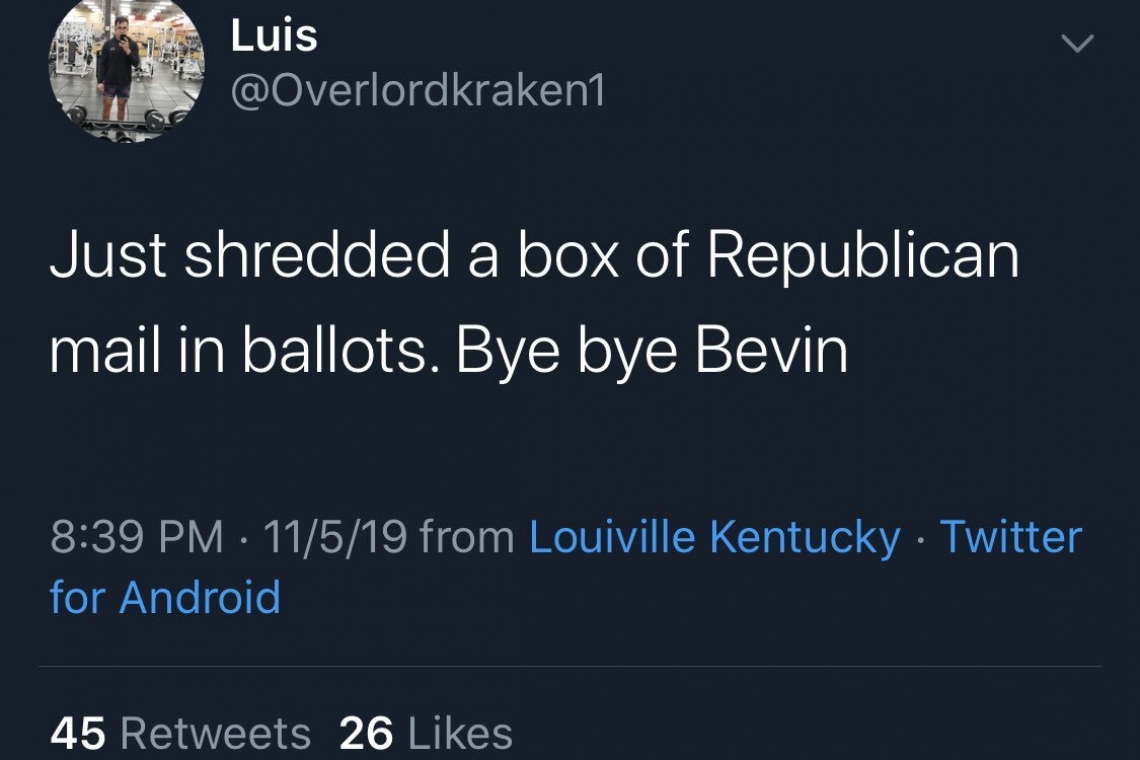 Voter Fraud in Kentucky was so rampant in yesterday's election that the cheaters brazenly admit to what they did!

As shown in the Twitter screenshot above, a Twitter user calling himself @Overlordkraken1 claims to have "shredded a box of Republican mail-in ballots"

This person seems to be admitting to a Felony!

According to the official returns as of last night, vote tallies for key offices were as follows:


THERE IS NO WAY IN THE WORLD THOSE VOTERS WHO VOTED FOR GOP-Attorney General, GOP-Agriculture Commissioner, GOP - Treasurer DID NOT FOR THE GOP GOVERNOR !!!!
Bevin, Matthew won by a LANDSLIDE --- but LOST the election???????

They also tried to STEAL Secretary of State but it was too much of a LANDSLIDE to make up.