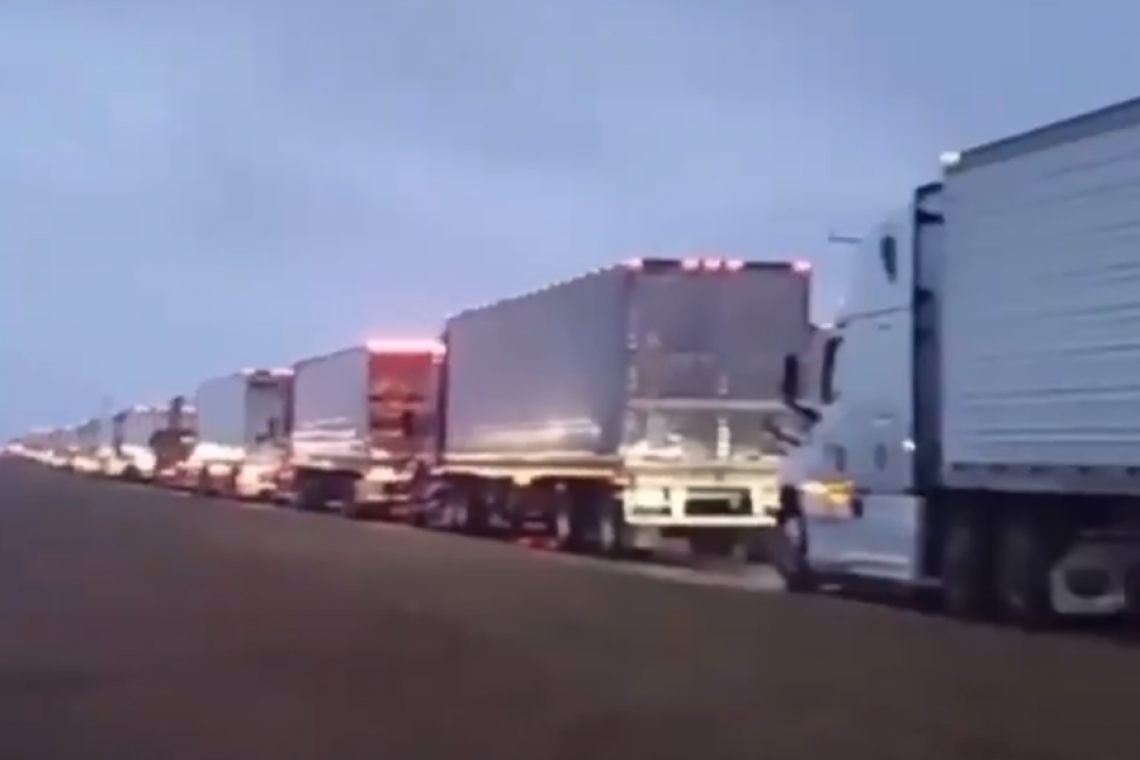 There are as yet UNCONFIRMED reports coming in from several areas around the USA that truckers have BEGUN a STRIKE.

Initial efforts called for a strike to begin TODAY, 19 November 2020.

Yet according to widely published reports, the organizers allegedly gave up and called-off their efforts.

Now, it seems the strike is commencing anyway!

Video below claims  to be of truckers halting in the left lane of an Interstate Highway, today.  Location as yet unconfirmed.

Further reports say specific large US cities are being targetted by the strike: Milwaukee, WI, Detroit, MI, Pittsburgh and Philadelphia, PA and Atlanta, GA because those cities are the epicenter of VOTE FRAUD during the November 3, election.

Truckers on CB radio (Trucker channel 19  i.e. 27.185 MHz AM) are saying "They think they can steal a national election?  We'll starve them to death.  No food for the cities."

Those of you who live in cities had better stock-up on food while your supermarkets still have some.  Once the general public starts hearing about this, and realizes the food supply is being cut off, your cities will become war zones within hours as people panic and try to get whatever they can!