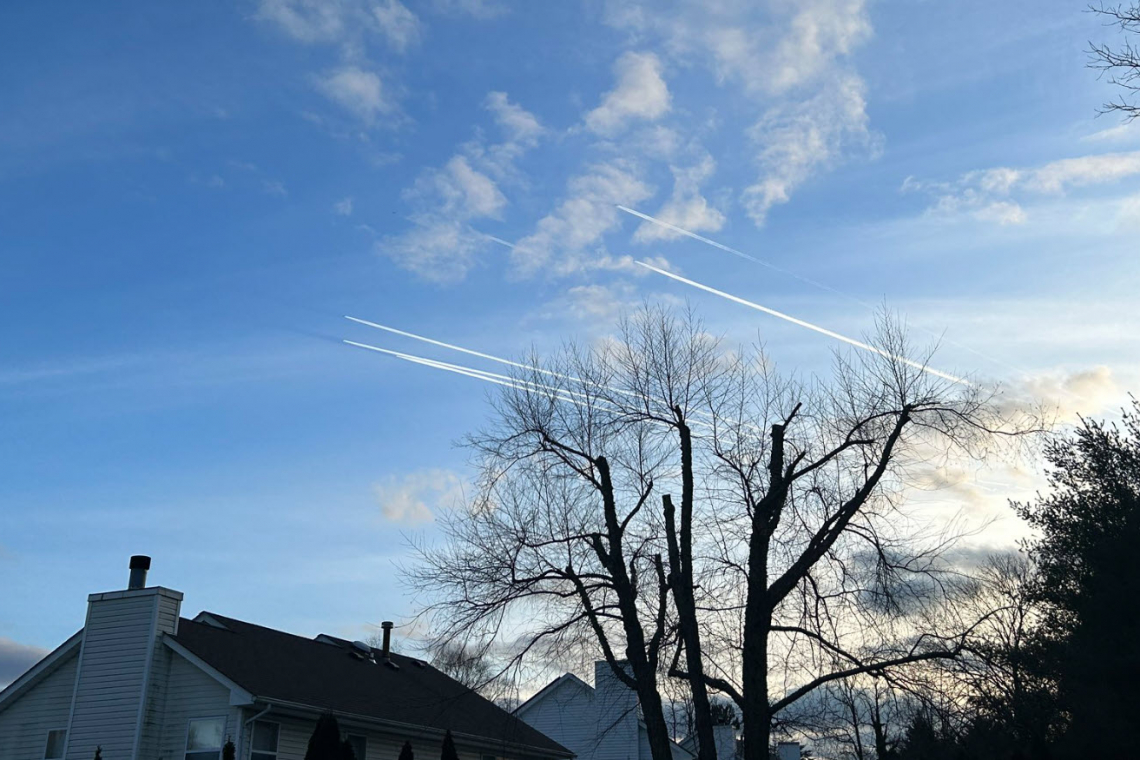 A young guy on Long Island who video records aircraft and does Astronomy hobby work, went out of his house of Long Island today to video a 747 taking off.  As he turned his camera west, he caught SEVEN (7) US Air Force B-52's flying eastward out into the Atlantic toward Europe . . . .  Video Below:

We know that at least four (4) B-52's will be participating with an Israeli military drill wherein they "simulate" bombing Iran nuclear facilities, so if any of these planes are heading there, then where are the others going?  Ukraine?

Just like we did with Saddam Hussein in which he found out what the power of the US Air Force is.

Unfortunately Putin will be forced or Biden Forced to use small Tactical Nukes to take out equipment and ships to tie this war with Ukraine.

Biden is CRAZY and he STARTED THIS MESS WE ARE IN NOW.
# Obama admin started it — gravedigergary 2023-01-26 13:56
Obama admin strted it with Soros help.
+4 # RE: Jakes — rogue_ 2023-01-25 08:38
They want nuclear war. They can default on the debt on the, blame the vaccine deaths on radiation and it goes along with their depopulation agenda.
+5 # Don't forget the billions military left in Afghanistan — Snug 2023-01-25 08:07
[quote name="joe@tittiger.com"].
All military assets are to leave this country, so that when it falls it will fall hard and we will have zero self defense./quote]

Don't forget the billions of dollars worth of military assets left in Afghanistan.

I don't care if they're continually receiving ECM upgrades and whatnot; the "52" in their designation still means that they're Korean War era. That was 70 years ago. They can't fly high enough or fast enough to evade modern, operational Russian air defense systems. They're big, fat, slow moving targets.

They're being sent by the traitors in D.C. to be sacrificed to devastate the morale of the American people, and to get them out of the way of China.

Just watched "The Day After" on YouTube. Maybe dumbass Biden, the assholes at Davos, etc should watch it. B
Might be 2 countries nuking America instead of 1.

Better yet, watch “Threads”.
+1 # RE: Ww3 eventually — Deplorable goyim 2023-01-25 09:50
They are Hollywood fiction. In the 1970's there was a series called " The World At War " narrated by Laurence Olivier. It was 30 one hour episodes. Watch the episode titled "The Bomb" for live film footage of the nuclear bombing of Hiroshima and Nagasaki. See the dropping of the bomb, the firestorm, people fleeing with flesh on fire, and all the horrors of those events for a wake up call about what we are in for. Not the overacted sanitized storybook fiction from Hollywood.
+9 # Who? — MANYROUNDS 2023-01-24 22:43
It begs the question, who is watching the store?
Refresh comments list
RSS feed for comments to this post
JComments
by sur.ly
100% Trusted Informational Platform Website 2021