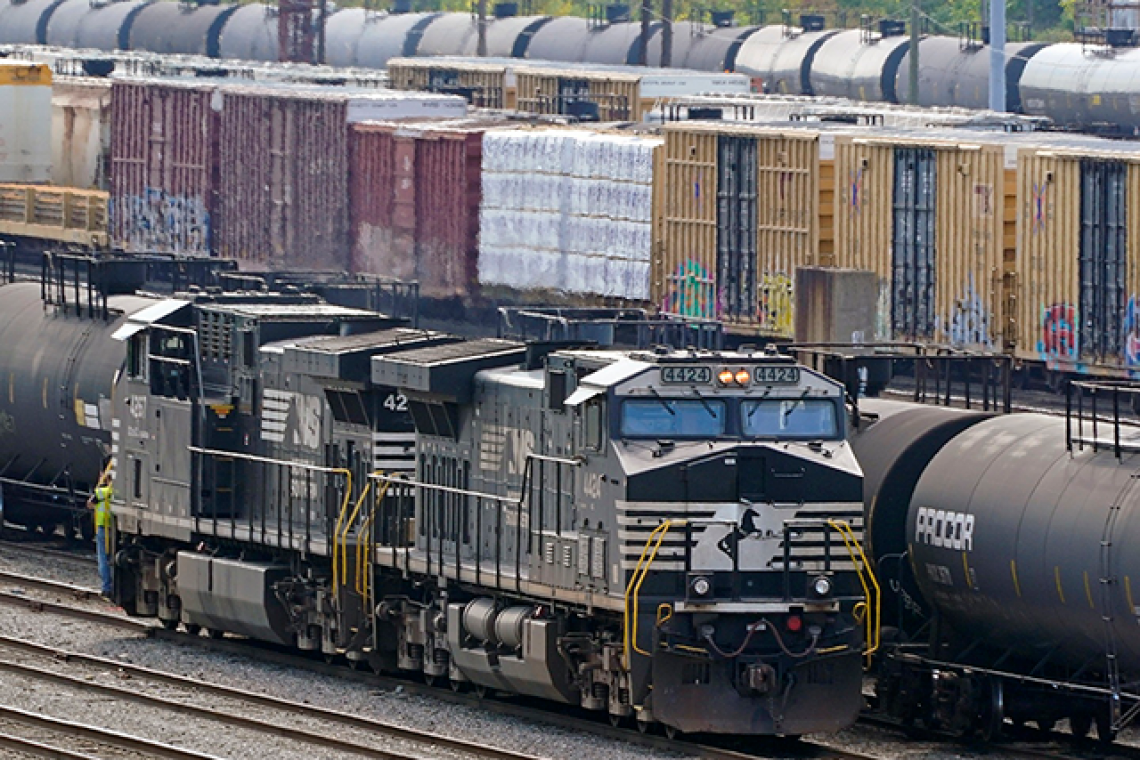 In September, Secretary of Labor Marty Walsh brokered a tentative deal between rail unions and rail carriers while President Joe Biden and Transportation Secretary Pete Buttigieg were out of town. Union concerns centered around sick time and scheduling, and Walsh’s work appeared to have avoided a strike that had the potential for far-reaching consequences on the American economy. However, the deal has fallen to pieces, and the clock is ticking as a December 9 strike looms.

On Monday, members of SMART Transportation Division, the largest rail union involved in September’s negotiations, voted against the agreement, as Bloomberg Law’s Ian Kullgren reported. Three other unions rejected the proposed agreement as well, while seven unions had agreed to the terms.

If the rail companies and unions fail to broker a new deal, Congress could “intervene and impose contract terms on railroad workers,” as it did during the last rail strike in 1992, the Associated Press reported. If neither potential solution materializes, a strike would take effect early next month. In that scenario, American consumers could be plagued with far-reaching economic turmoil, and Congressional intervention would become increasingly likely.

The sooner this battle starts, the better shape I will be in. At 65 years I would rather it not start in 5 or 10 years.

This battle is inevitable because of the cowardly choices of our citizens, our pastors, and our military.

“If you will not fight for the right when you can easily win without bloodshed; if you will not fight when victory will be sure and not too costly; you may come to the moment when you will have to fight with all odds against you and only a small chance of survival. There may even be a worse case: you may have to fight when there is no hope for victory, because it is better to parish than to live as slaves.”
~ Winston Churchill
-1 # Battle — Woulf 2022-11-28 03:43
I feel that we are past that point. Gear up, nut up, shut, pick it up and move out.
+2 # And, — oldschool 2022-11-27 18:32
Here in America I would say that we have come to the "worse case".
+1 # Amen — swifteemovers 2022-11-27 15:46
Amen brother
+1 # Buttigig outta town — Loki 2022-11-27 15:09
"In September, Secretary of Labor Marty Walsh brokered a tentative deal between rail unions and rail carriers while President Joe Biden and Transportation Secretary Pete Buttigieg were out of town."

Yep. Their intenetion is to have a strike. The original agreement was doomed to fail as it did not provide for more leave.
+1 # RE: Still Looks Like National Rail Strike Begins Dec. 5 — SeymourInSedona 2022-11-27 14:34
GUESS IT IS NEWS TO ME THAT ANYONE CAN BE FORCED TO WORK HAHAHA WHAT A JOKE. ARE PEOPLE STUPID ENOUGH TO BELIEVE THE GOV'T CAN FORCE RAILROAD WORKERS TO SHOW UP?
+2 # Their intention — Loki 2022-11-27 15:10
Their intention is so no one does.
+5 # RE: Still Looks Like National Rail Strike Begins Dec. 5 — Deplorable goyim 2022-11-27 13:36
The railroads should be nationalized and run by John Fetterman. He is qualified because he had an electric train set as a young boy. Or maybe Hunter Biden because he served on the board of Amtrak at the request of President Bush in 2006. I kid you not. Look it up.
# LOL — oldschool 2022-11-27 18:57
.
+1 # Bargain — John Jones 2022-11-27 12:27
It won't happen, just strengthens their bargaining position during the winter and holiday season. They will get what they want but this will only accelerate inflation as the higher transportation costs will be transferred to the consumer.
+6 # National Rail Strike — cathbad 2022-11-27 12:06
One good thing about the rail strike is that Montana coal, which is shipped to the West coast by rail, won't be going to China as usual. But that country is falling apart as we speak.
+4 # RE: Still Looks Like National Rail Strike Begins Dec. 5 — jrd803 2022-11-27 10:49
I mentioned in a prior post under another heading that there are 229 (2015 figure) currently operating coal-fired power plants in the USA.
[https://en.wikipedia.org/wiki/List_of_coal-fired_power_stations_in_the_United_States#:~:text=This%20is%20a%20list%20of,stations%20in%20the%20United%20States. ]

About 60% of those receive coal via rail transport as I recall. Also, railways transport 70% of the coal mined to coal consumers:
https://www.eia.gov/energyexplained/coal/mining-and-transportation.php

This Black Friday's utter lack of shoppers are a clear indication of just how badly the majority of Americans are $uffering. Rail strikes could add to that pain, considerably. Why would they want to help the Demonrats/DS finish collapsing our economy??
-1 # RE: Gotta cry foul, here. — SeymourInSedona 2022-11-27 14:35
WHY DO THEY WANT TO COLLAPSE AMERICA??? B/C AMERICA MUST BE OUT OF THE PICTURE FOR THE NEW/JU WORLD ORDER TO RISE
-1 # could it be.....satan? — Loki 2022-11-27 15:11
Hmmmm, I don't know, could it be.....satan?
Refresh comments list
RSS feed for comments to this post
JComments
by sur.ly
100% Trusted Informational Platform Website 2021