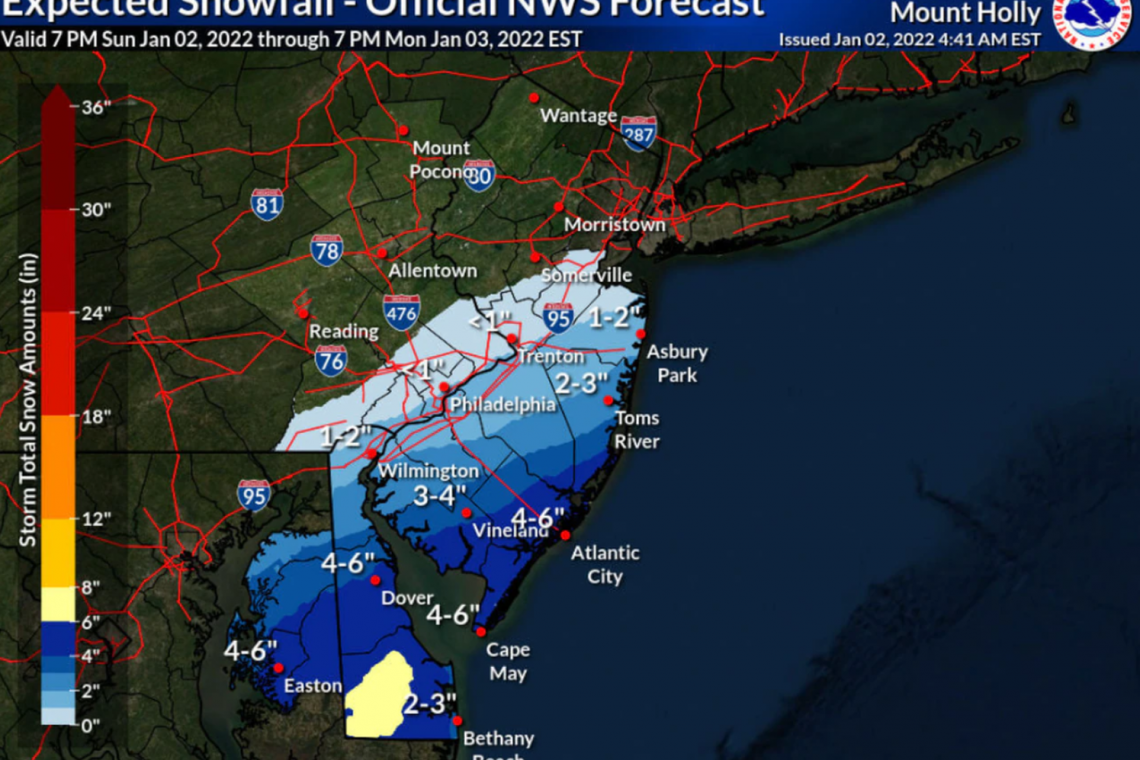 A surprise winter storm could bring 4 to 6 inches of snow to parts of New Jersey and Delaware starting late tonight and snarl the Monday morning commute, the National Weather Service is reporting.

Parts of Atlantic, Burlington, Cape May, Cumberland and Ocean counties will see the largest snowfall totals, while areas as far north as Monmouth, Middlesex and Mercer counties could see a coating to an inch of snowfall.

Officials warned, however, that confidence in the snowfall forecast is “very low” and said significant forecast changes are possible.

“A large change in the forecast occurred overnight,” the National Weather Service in Mount Holly posted on its Facebook page early Sunday. “This is a highly uncertain forecast. We encourage you to closely monitor the forecast today as additional changes are likely.”

The storm may begin as rain in the south and snowfall rates of an inch per hour are possible on Monday morning.

Moderate coastal flooding is also possible on the southern Jersey Shore and a costal flood watch was issued, along with a gale watch for Atlantic coastal waters of southern New Jersey, Delaware and the lower Delaware Bay.

The sharp change comes after a gloomy, rainy weekend gave us highs in the 50s and reaching the low 60s in some spots. Forecasters had previously warned that temperatures would plummet for the start of the work week.