The headlines below lay it out.  Get prepared - NOW - because:

Food factories and warehouses are exploding left and right: 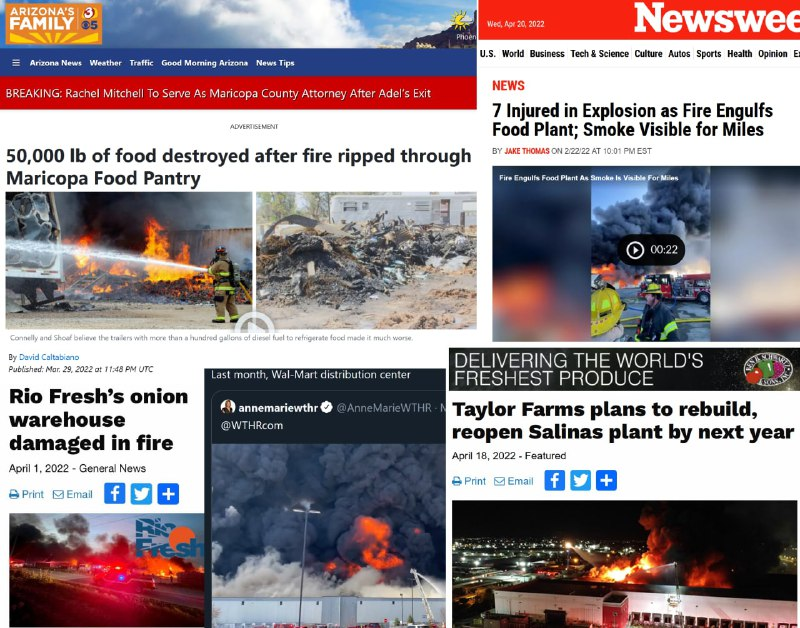 Fertilizer is inflating astronomically or outright evaporating from the market: 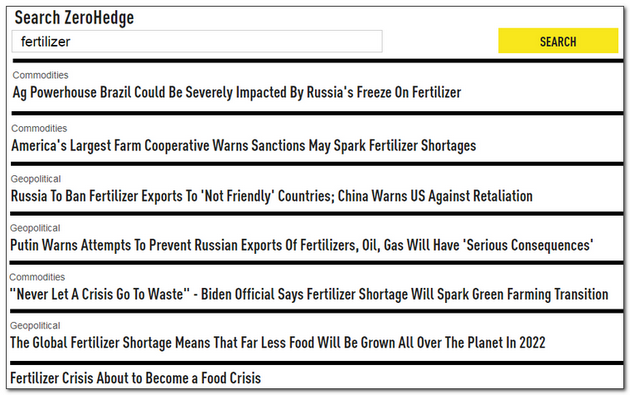 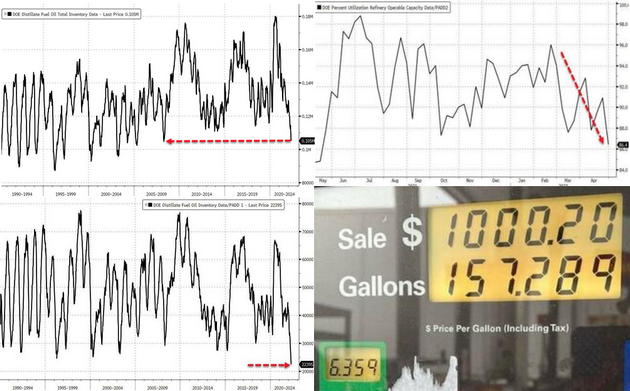 The global supply chain is being obliterated:

US trains are cutting their car allocation for fertilizers right at the start of the planting season: 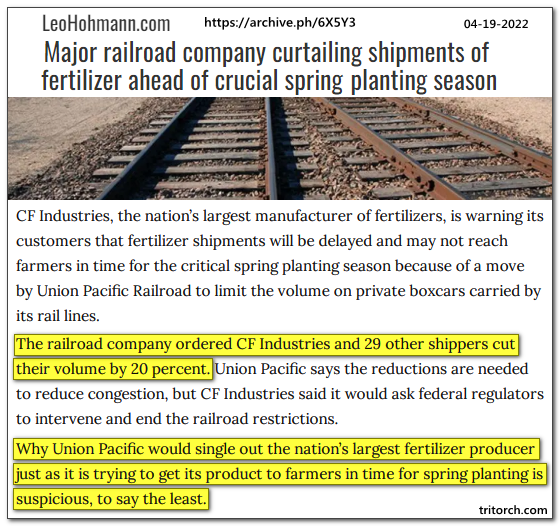 Same with feed grain for livestock: 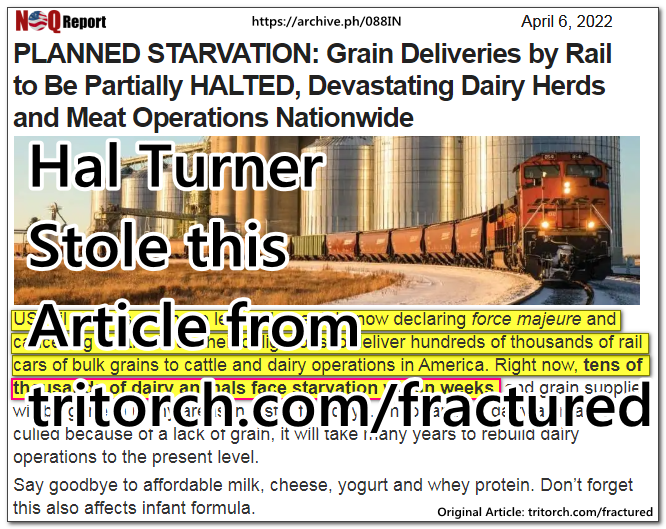 Shanghai, one of the largest hubs for trade in the world has been shuttered:

Unrest is on deck and will soon rise greatly as the abortion hornets’ nest has just been deliberately kicked field goal style with a steel toed boot: 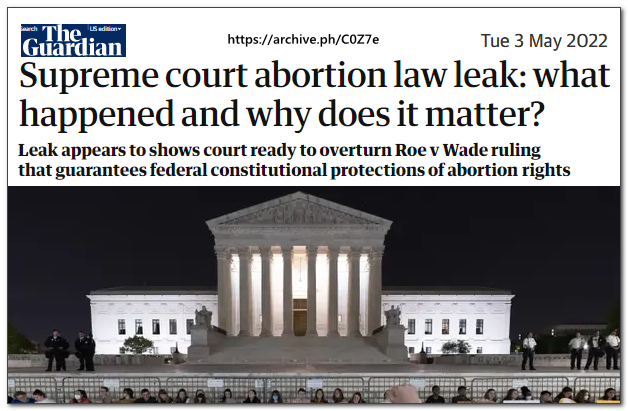 The promises of Klaus Schwab of the havoc that Cyber Polygon will bring grow ever nearer:

Governments are recklessly and deliberately printing and destroying their currencies across the globe. The petro-dollar has just been dethroned and trillions will come rushing home as a result. Hyper-inflation is in the wind: 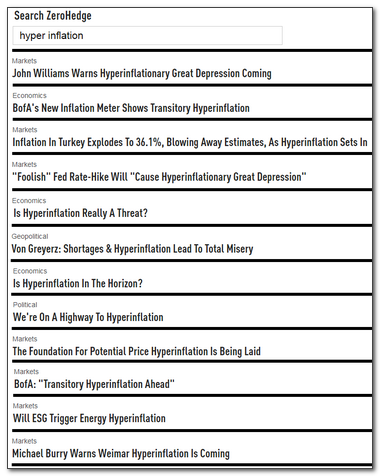 Meanwhile, WWIII looms ominously on the horizon as NATO keeps deliberately escalating the war in Ukraine: 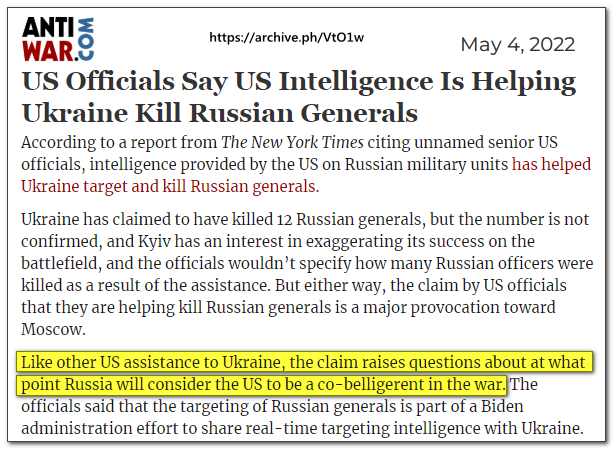 "The line it is drawn

The curse it is cast

The slow one now

Will later be fast

As the present now

Will later be past

The new order is Rapidly fadin'.

And the first one now

Will later be last

For the times they are a-changin'."
-Bob Dylan

I’m typically not one to subscribe to outlandish narratives about the future, or well, anything else for that matter.

But when I look All around me this past year, what these stories are describing here has been exactly what I’ve been seeing. In other words, we are in big trouble.