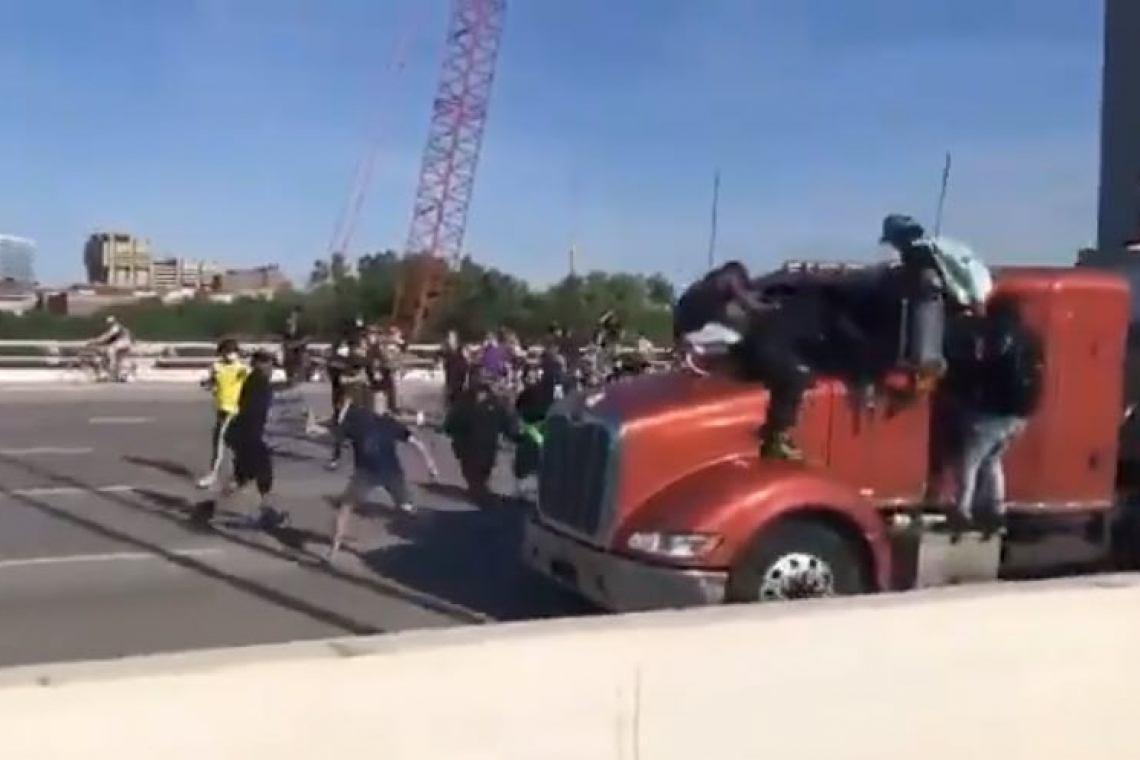 American truck drivers are already talking amongst themselves about the ongoing riots and other troubles in several large cities, and they are REFUSING TO MAKE DELIVERIES into those cities!  Trucking service into Minneapolis is halting.  Service into Seattle is halting too.

Without trucks, food deliveries will not take place.  You know what that means!

The truckers have very valid reasons NOT to deliver to lawless cities like Minneapolis and Seattle.  Here’s a scene from a “peaceful protest” last week that did not end well for the trucker.

The mob yanked him from his cab and beat him senseless.

Truck driver dragged out of his vehicle into the road and attacked by a mob of savages in Minneapolis. pic.twitter.com/yLxkqZ0cba

Truck drivers have spent the last year on the front line of a global pandemic and protests. Now many are fearful of what might happen if police departs disband or are defunded.

Truck drives have been voicing their concerns on the CDLLife App. After reading about their concerns, CDLLife posted a poll on the app.

We asked drivers on the app, “Would you pick up/deliver to cities with defunded or disbanded police departments? Why or why not?”

To date, 77% of drivers say they will refuse loads to cities with disbanded or defunded police departments.