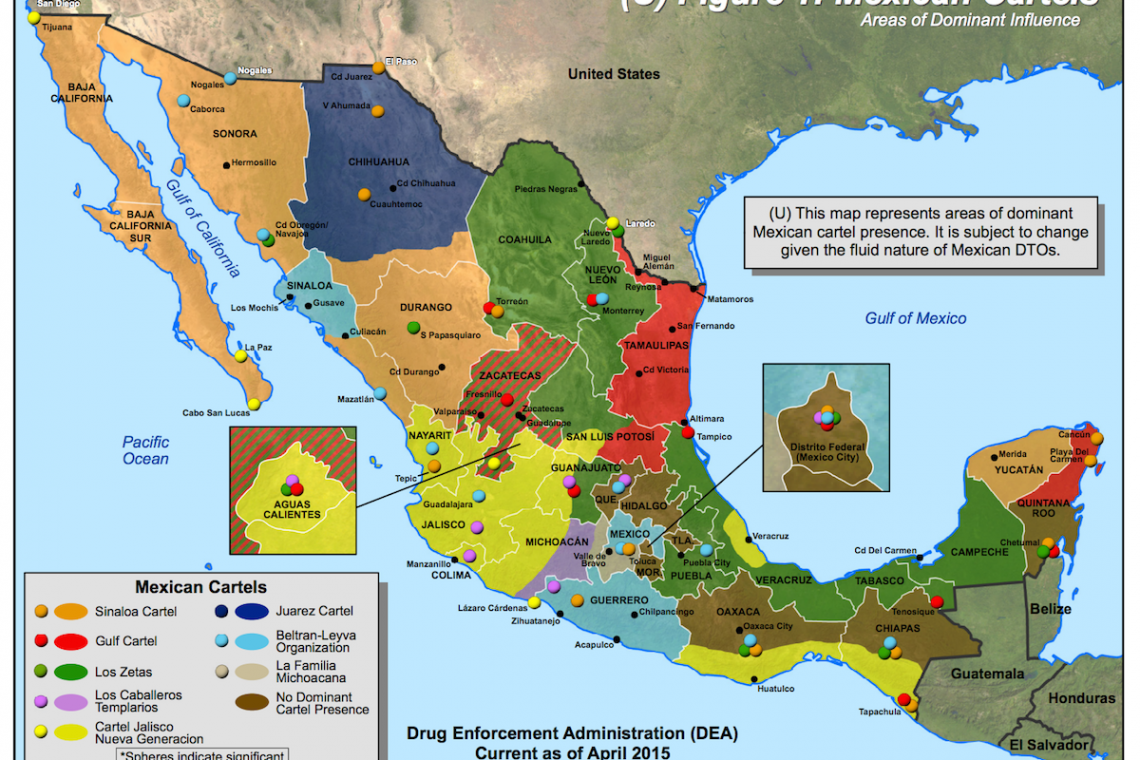 Mexico’s president announced Monday that he will reject any designation of drug cartels as terrorist organizations by the U.S. government.

Today, sources in the White House tell the Hal Turner Radio Show the U.S. will GO AHEAD ANYWAY and declare certain cartels as "Foreign Terrorist Organizations" and use the U.S. Military against them . . . inside Mexico . . . whether the Mexicans like it or not.

During his Monday morning press conference, Mexican President Andres Manuel Lopez Obrador (AMLO) said he would not accept the U.S.’s potential designation of cartels as foreign terrorist organizations–which could enable direct US Military actions in Mexico.

“We will never accept that, we are not ‘vendepatrias’ (nation sellers),” Lopez Obrador said.

According to sources in the White House, this rejection "stuck in President Trump's craw."  The sources went on to say that the initial reaction in the White House was a conclusion that AMLO is on someone's payroll; why else would any President do anything to protect drug cartels?

AMLO's statements come after the relatives of nine U.S. women and children who died in a cartel ambush in Sonora revealed they would be meeting with President Donald Trump. The family is expected to ask for some cartels to be labeled as terrorist organizations.

Earlier this year, Rep. Chip Roy (R-TX) filed legislation for the most violent cartels in Mexico to be labeled as a foreign terrorist organizations, a move that would limit cartel members’ abilities to travel and provide tools to better clamp down on financial transactions.

On Monday morning, Lopez Obrador’s foreign relations minister Marcelo Ebrard called designations unnecessary and inconvenient, adding that the U.S. and Mexico have a healthy working relationship in fighting cartels. According to Ebrard, terrorist designations would give the U.S. the legal avenue to take direct action on cartels on Mexican soil.

Tonight, sources in the White House say President Trump has already decided to go ahead with the Foreign Terrorist Organization designations against the cartels anyway.

President Trump is now telling media “They will be designated … I have offered him (the Mexican president) to let us go in and clean it out,” President Trump responded. “He, so far, has rejected the offer. But at some point, something has to be done.”

The president explained that the cartels have “unlimited money” from drug smuggling and human trafficking.

“I’ve been working on that for the last 90 days,” Trump stated. “You know, designation is not that easy, you have to go through a process, and we are well into that process.”

The President told News organizations earlier this year that he was thinking about the designation. “We’re thinking about doing it very seriously. In fact, we’ve been thinking about it for a long time,” he said during an Oval Office interview.

“It’s psychological, but it’s also economic,” the President explained. “As terrorists — as terrorist organizations, the answer is yes. They are.”

Intelligence sources tell the Hal Turner Radio Show that the Mexicans have little choice but to go along.  "They don't have any military to halt whatever the US does and if they actually fight against us, we can just smash them." the source said. "If Mexico goes wild weasel and tries to ask another country for military assistance to battle us, we will simply tell that country they risk immediate, full scale war with the US if they agree." the source continued.  "Illicit drugs are killing tens of thousands of Americans every year.  This has to stop and it's going to stop -- one way or another" the source finished.

This web site is raising funding to continue operations through December.  As of November 26, we are short about $3,000.  These funds MUST be raised within the next four days or this site is in very real danger of having to shut down.  Please click the yellow DONATE button in the top right column to donate and keep this source of crucial, breaking, news, alive.