Uh Oh . . . Chase Bank to Close Some ATM's Outside of Business Hours in NYC (Crime) 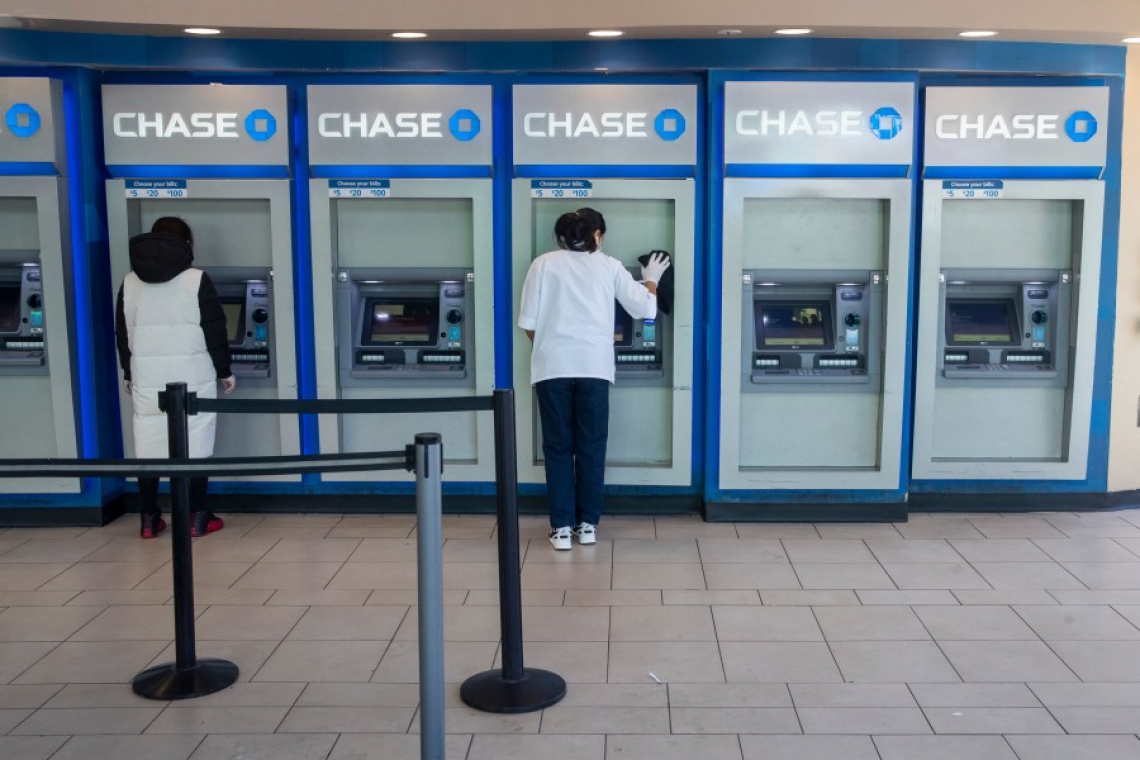 New Yorkers looking for some last-minute cash to grab a midnight slice won’t have access to some Chase ATMs in New York City.

The bank announced this week that the around-the-clock ATMs will close at the same time as the branches, which is around 5 p.m. or 6 p.m., due to “rising crime and vagrancy,” the bank said in a tweet.

“Our apologies. We decide to close several ATM vestibules at 5 PM or 6 PM, aligning the hours of service to that of the normal branch hours, due to rising crime and vagrancy that occurred in these previously 24/7 vestibules,” the tweet said.

The lockdowns may be temporary, according to a Chase spokesperson. It remained unclear which locations would be affected by the shutdown.

“For the safety of our customers and employees, we may temporarily close some ATMs overnight,” the spokesperson said. “We can’t confirm how many ATMs are affected because it changes constantly.”

Some Chase customers were irked by the inconvenience and fired back at the bank’s announcement on social media.

“If ATMs aren’t available when the bank is closed, what’s the point??” an irate customer said in a tweet.

“Are you going to refund the ATM fees to customers when we get ripped off to use a bodega ATM to pay for our late-night slice of pizza because you can’t provide a basic service to account holders? I didn’t think so,” another customer tweeted.

The bank’s customer support service acknowledged in a tweet this would be an inconvenience for the company’s clients.

“I know this outcome wasn’t ideal, but your experience is still very important to us,” the customer support account said in response to one of the customers.

This doesn't look good on many levels.   First, the rise in violent crime in New York City is something I can attest to, because I live in the area.   The crime has gotten horrifying and I have repeatedly warned people to "stay away from New York City" because I perceive it is so dangerous.

So on its face, what CHASE Bank is saying, is truthful.  The crime is very bad.

Yet, I cannot shake this suspicion there is something ELSE going on.

I am of the view that Banks have been in very real trouble for quite awhile now, and I can't shake the feeling that this ATM closure might be related to that.

Moreover, if the general public starts getting accustomed to no ATM's at night, that's just one more way to slam everyone by surprise if banks actually collapse in one fell swoop.

We ought to watch carefully over the coming weeks to see if other banks start doing this and if it starts happening in areas where there is little to no crime.   If the low or no crime areas start being shut down as well, then we have our answer about banks being in serious trouble.

# # You voted for this — Mytquinn9797 2023-01-23 15:38
I don't want to hear a fuc*ing thing from liberals complaining about any fuc*ing thing. You voted for this shit so open your fuc*ing mouth and swallow it all.
# Posting from other HTRS comments page — 389rivka@gmail.com 2023-01-23 15:29
From SQ — mrmatthewcmiller 2023-01-23 14:27
HAL, IS GOING INTO HOSPITAL AT 3:00 PM EASTERN—"Late last night, around 12:30 this morning actually, I started getting the serious chest pain, radiating into my throat and neck, like I had with my first heart attack. I got up to get dressed to go to hospital and actually walked downstairs to the car and . . . . it stopped.So whatever is going on inside me is getting exponentially worse”.
OTHER PARTS OF HIS EMAIL WERE INCREDIBLY CONCERNING AS HE DOESN'T BELIEVE HE’S GOING TO LIVE MUCH LONGER SO PLEASE JOIN ME IN PRAYER FOR HIM-
FEEL FREE TO PRAY MY PRAYER OVER HIM IN AGREEMENT OR ANY WAY THE LORD LEADS YOU! HEAVENLY FATHER IN THE MIGHTY NAME OF JESUS OUR LORD AND SAVIOR,WE BIND OUR HEARTS IN AGREEMENT FOR HAL’S LIFE , AND REBUKE THE SPIRIT OF DEATH OVER HIM-LORD WE ASK THAT YOU WOULD GIVE HAL A MIRACULOUS INTERVENTION IN HIS LIFE-LORD JESUS-YOUR WORD STATES THAT HEALING IS THE CHILDREN'S BREAD,AND WE ASK FOR THE BLOOD OF JESUS TO FLOW THROUGH HIS VEINS AND CREATE A NEW HEART IN HAL-LITERALLY-GOD RAISE HIM UP AND RELEASE YOUR TRANSFORMING POWER OF THE HOLY SPIRIT IN HIM! IN THE NAME OF JESUS WE COME AGAINST EVERY CURSE THAT HAS BEEN SPOKEN OVER HIM,AND LORD WE ASK YOU TO SEND YOUR WARRING ANGELS TO STAND GUARD AGAINST EVERYTHING AND EVERY ENTITY HUMAN OR DEMONIC AND FIGHT AGAINS THE SPIRITS OF DEATH!GIVE THE HEART SURGEON SUPER NATURAL INSIGHT TO GET TO THE HEART OF THE ISSUE LITERALLY IN JESUS NAME! WE PRASIE YOU AND THANK YOU LORD GOD ALMIGHTY FOR HEARING OUR PRAYERS FOR HAL! ALL HAIL THE POWER OF JESUS NAME!
+1 # # GOD BLESS YOU HAL — Mytquinn9797 2023-01-23 15:43
My prayers go out to you. May GOD grant you more time to finish your mission. In the name of JESUS CHRIST,our LORD and Savior, AMEN
# truther.com — Turnercom1 2023-01-23 11:26
https://www.whatdoesitmean.com/index4156.htm
# war on cash — Marlena 2023-01-23 09:00
Three things happening here: the deteriorating security situation, capital controls preceding liquidity crisis and the phasing out of cash.
+1 # On a related note... — MissinD60s 2023-01-22 21:18
This reminds me. Around Christmas, both my credit cards reported fraudulent activity. One rarely gets used, n I'm pretty careful w/the other. When both new cards arrived? They had that touch-to-pay wireless option I don't want. Another link in their surveillance grid, IMHO. BOTH cards now spend most of their time at home. I pay w/cash for almost everything, anyway.
+1 # Chase was already doing this in 2022. — PR 2023-01-22 19:17
In December, I went to a Chase branch in an exceptionally well-lit and nocturnally busy part of midtown (on Broadway near West 31st St.) at around 9:00 p.m. on a weekday and was perplexed to find the ATM vestibule locked down.

They're all vying for the Grand Prize, of course. Eternity with their daddy...

How sweet of them to be so concerned with 'the people'. Awww !

This provides one less avenue to RUN the bank. If customers have less access, then less money can be withdrawn, in the event a bank RUN does start, due to news/leaks of failing banks.

Plus if you limit the number of hours people can access their ATM, that means MORE PEOPLE crammed into fewer hours to get their banking done, that would involve cash. So the ATM's will have long lines during the day time. Again, reducing the number of people who can withdraw any cash.

I think this in preparation for D-Day to reduce the number of people ABLE to get cash out of their bank, so reduce the amount of cash outflowing from bank.

I read on this website that someone posted, I think in the midwest that their bank has announced NO Saturday Banking any more. Again reducing the hours that people have access to their funds.