UH OH! Weather Guys are Starting to use the "B" Word: "Blizzard" 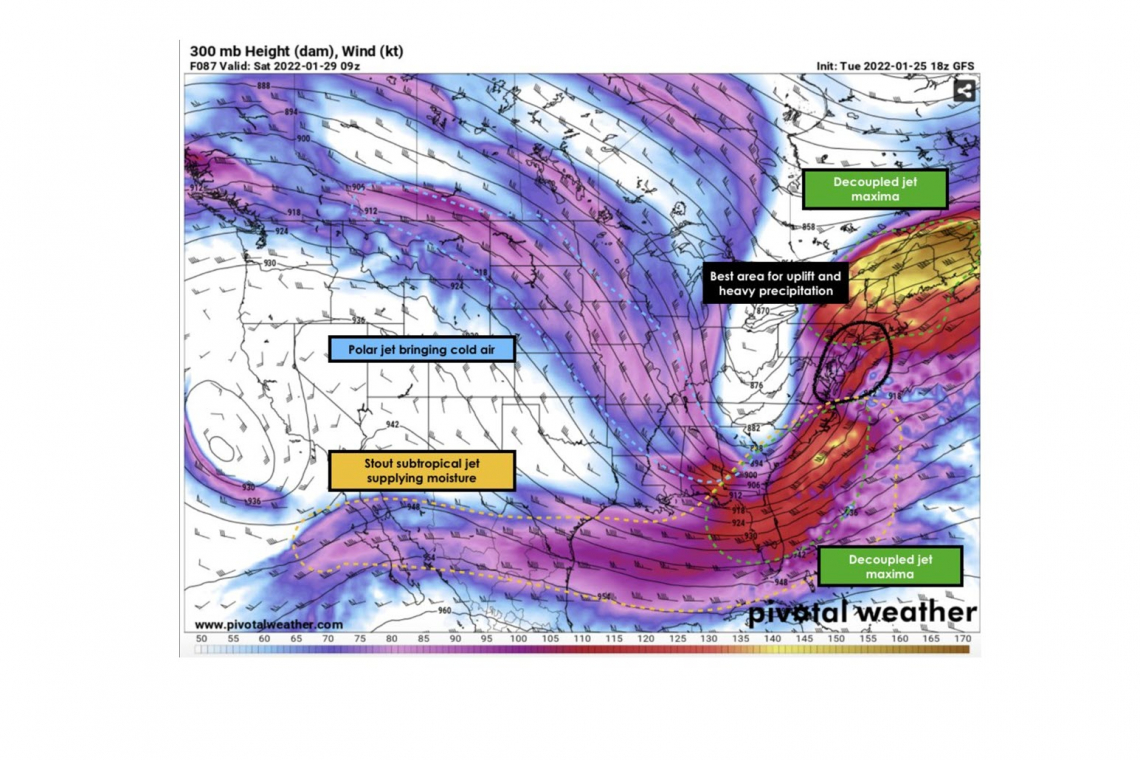 Weather forecasters are starting to use the "B" word: "Blizzard" to describe potential Nor'Easter they THINK will come north along the US east coast later Thursday, Friday (Snow starts NJ & NYC) into Saturday.  But depending on the TRACK the storms takes, NJ/NYC gets between 3" and . . .  24". . .of snow.

Anyway, the storm track is going to be the key here.

ONE computer model shows this low pressure system heading due east, way out into the ocean, and the east coast gets NOTHING.

THREE other computer models show the storm moves off the coast and then heads north along the coast.

TWO of the the three keep it close enough to the coast where snow will start in the Carolinas, move through Virginia and get REALLY BAD into New Jersey/NYC and up into New England.

Lets talk what snow type this will be? Because it will be rather cold for snow, and as a result dry, we're talking drier snow, not good snowball making. This will also lead to higher snow ratios and higher totals than 10:1 models show. pic.twitter.com/6HzliFWSI7

ONE of the three shows the storm staying farther off the coast, reducing NJ/NYC snow totals, then WALLOPING New England, with Boston getting 2 feet.

Enough signal that we may have a big storm this weekend to start posting a little more information. This experimental product shows the probability that a location gets Winter Storm Warning criteria snow amounts. Use this more for track info vs. total snowfall amounts. pic.twitter.com/TwJrxADTIq

So here we are, Wednesday, and the weather guys still can't tell us what will be two days from now on Friday into Saturday.   Sort of makes me doubt the accuracy of their whole "Global Warming" forecasts into the next 50 years.  But that's a separate issue.

Folks in New Jersey, New York City and into New England should prepare for potentially VERY SIGINIFCANT SNOWFALL Friday into the weekend.