University of Wisconsin: Where People LEARN How to Be stupid . . . a Large ROCK is declared "Racist" 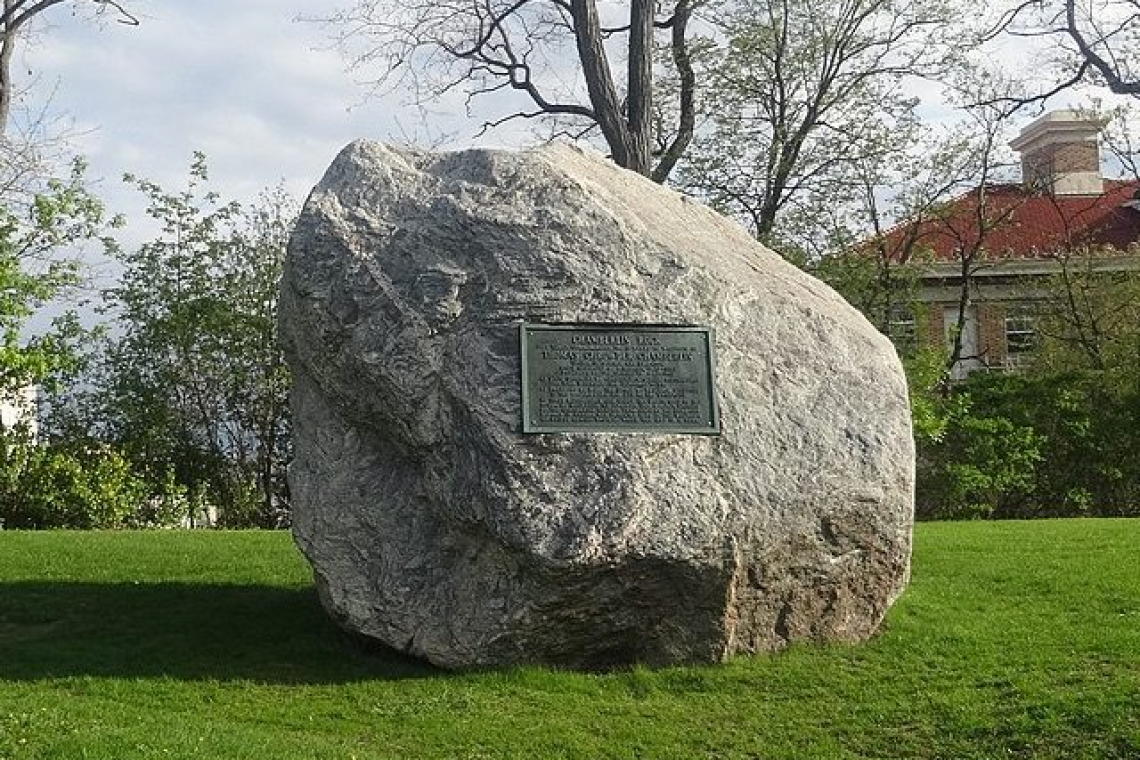 The University of Wisconsin-Madison plans to remove a large rock from campus after students complained that it is a symbol of racism because it was referred to in a local newspaper in 1925 using a word regarded as a racial slur.

UW-Madison is moving forward on a plan to remove a boulder from Observatory Hill after calls from students of color who see the rock as a painful reminder of the history of racism on campus.

The 70-ton boulder is officially known as Chamberlin Rock in honor of Thomas Crowder Chamberlin, a geologist and former university president. But the rock was referred to at least once after it was dug out of the hill as a “niggerhead,” a commonly used expression in the 1920s to describe any large dark rock.

The Wisconsin Black Student Union called for the rock’s removal over the summer. President Nalah McWhorter said the rock is a symbol of the daily injustices that students of color face on a predominantly white campus.

McWhorter also faulted the Wisconsin State Journal for printing the vulgarity in a 1925 news article.

According to the State Journal, the 1925 news article is the only known instance of the offensive term being used.

The university’s campus planning committee voted unanimously to remove the rock, though it does not have another place to put it. Removal will also be complicated by the fact that the rock’s current site is near a Native American effigy mound.

Former Secretary of Energy Rick Perry, who was then the governor of Texas, was criticized in 2011 when the Washington Post reported that the slur was once painted on a large rock on his family’s ranch. Perry said his family painted over the slur when they leased the land and that they had never used the slur.