US Amphibious Assault Ships to Try Crimea Take-Back from Russia? 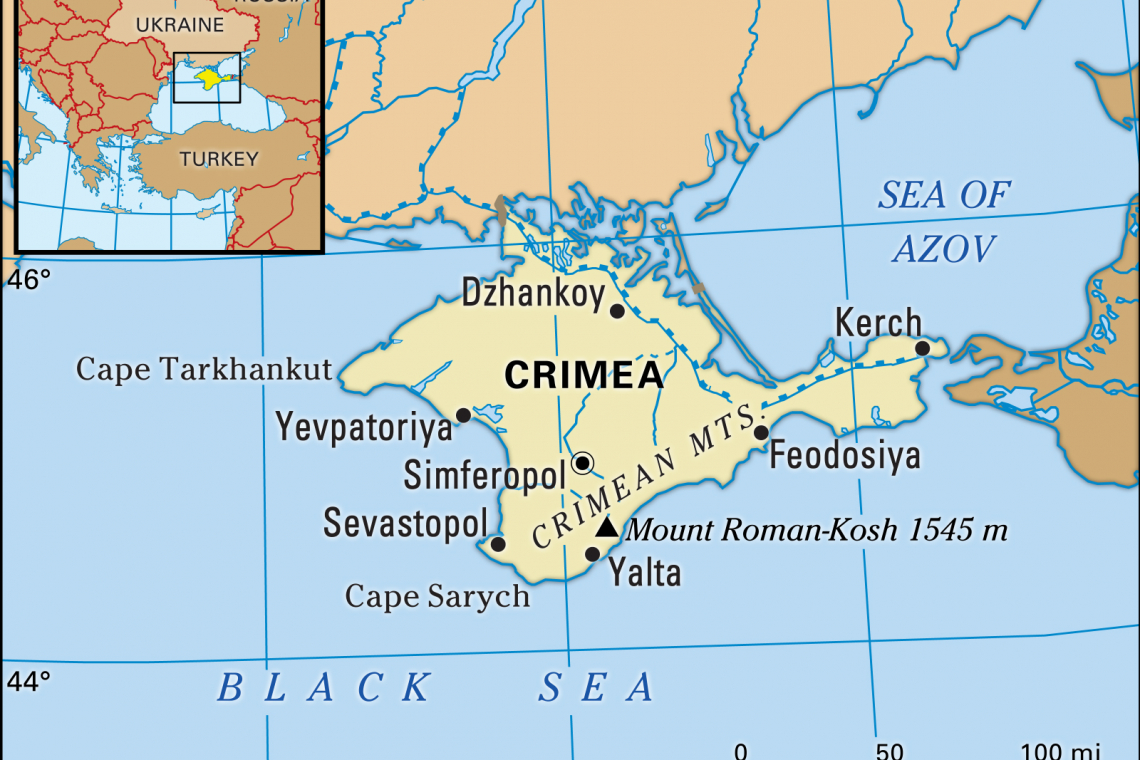 On Tuesday, the United States sortied 22 ships and 4 nuclear attack submarines among other vessels, and the dispatch of the Amphibious Assault ships is drawing a LOT of attention; who is going to be Amphibiously Assaulted?  One thought: Crimea; to be forcibly TAKEN from Russia?

A big problem with taking Crimea and giving it "back" to Ukraine is that the Black Sea is the military equivalent of a big lake; and Russian missiles can track and sink any or all vessels in that big lake.

So, how to take back Crimea without getting all your ships sunk by Russian missiles?

Well, the other vessels deployed by the US yesterday, (Story HERE) give a hint at that too. The US deployed very many Guided Missile Destroyers.

Since placing any US Destroyers into the Black Sea for an attack against Crimea would see those ships sunk and crews slaughtered, what if they send all those vessels instead to the Aegean Sea and into the Sea of Marmara.   The cruise missiles aboard those vessels would still be in range of Crimea, but Russian anti-ship missiles would NOT be able to obtain target lock from land launchers in Russia!

US Cruise missiles have a range of at least 620 miles.  From past military actions, we know that depending on the warhead weight, the missiles can actually travel closer to 800 miles.

Well, the Sea of Marmara, just outside the Black Sea, is only 456 miles from Crimea; well within range of US cruise missiles.

And the Sea of Marmara is considerably large, a little over 4,000 square miles, so there would be plenty of room for the Destroyers to operate for missile launches.

Any retaliatory strikes by Russia would likely have to come from aircraft or Russian naval vessels, and the US vessels have ample defenses against such attacks.

Another possibility, but less so, is the far larger Aegean Sea.   It is about 643 Miles from Crimea, also within range of US Cruise Missiles, albeit with perhaps smaller warheads.

Again, any retaliatory strikes by Russia would likely have to come by either aircraft or Russian naval vessels.

Ukraine has prepositioned quite a large array of its Army at the north end of Crimea.  They've been there for over a year with troops, tanks, artillery, rocket launchers and more.

If the US unleashes a missile attack from its destroyers in the Sea of Marmara or the Aegean Sea, and the Ukrainians launch a ground offensive from the north side of Crimea, they could, at least theoretically, take Crimea from Russia.

Of course, the Russians have been bolstering military defenses on Crimea since it was re-absorbed into Russia after  a vote by the citizens of Crimea in 2014.

Neither the US, the EU, nor Ukraine, recognized that referendum, but it took place nonetheless.

If an invasion of Crimea is on the table, Russia would have to rapidly re-supply its forces on Crimea.  The Kerch Strait Bridge, connecting Russia with Crimea would be heavily used - and would thus also have to be a target for destruction, to prevent re-supply of Russian forces. 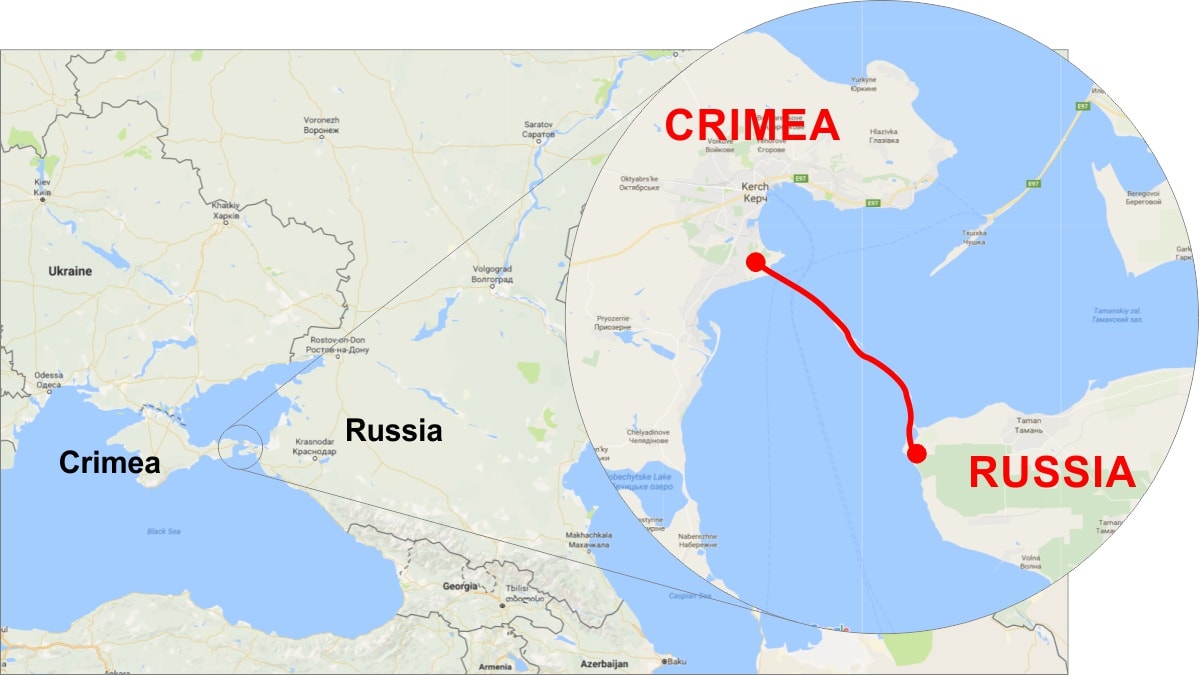 The scalable satellite image below provides a great view of this magnificent bridge:

Whatever caused the US to sortie 22 warships and 4 nuclear attack submarines yesterday (Tuesday) remains to be seen.  But with tensions over Russia/Ukraine/NATO reaching the boiling point, it certainly looks like a major conflict is about to erupt.

Russia has made clear that if the US or NATO get involved in any conflict between Russia and Ukraine, then ALL participating nations would make themselves legitimate targets for Russian attack; and they have the missiles that can reach every single NATO nation -- including right here in the USA.

Perhaps that's why the US put so many vessels to sea on Tuesday?  Maybe they know a war is coming and they don't want those ships to be sitting ducks in port when the fight starts?