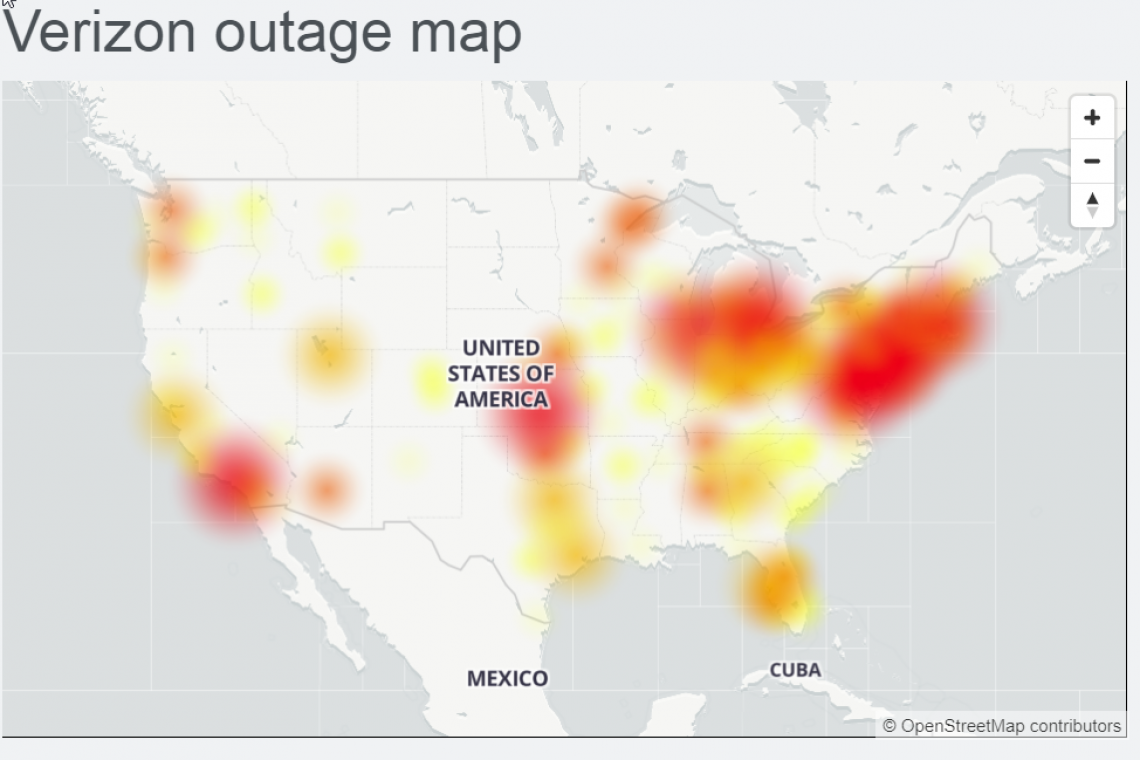 Verizon is reportedly experiencing a nationwide outage, according to customers and the company's Down Detector.

Customers on social media said Wednesday morning that they were unable to make outgoing calls and were instead getting an, "All circuits busy," message.

The Reno Police Department tweeted that the company told them there is not an estimated fix time.

The Sun Prairie Police Department in Wisconsin says all of its departments are unable to receive incoming calls from Verizon cellphones due to the outage.

"This is a nationwide issue that Verizon is aware of and working on. As of the time of this message, we do not have an ETA on the repair of this issue," the department said.

Down detector's map shows large areas of the country in the red. You can view the map here.

Verizon has not commented on the outage as of 7 a.m. ET Wednesday.