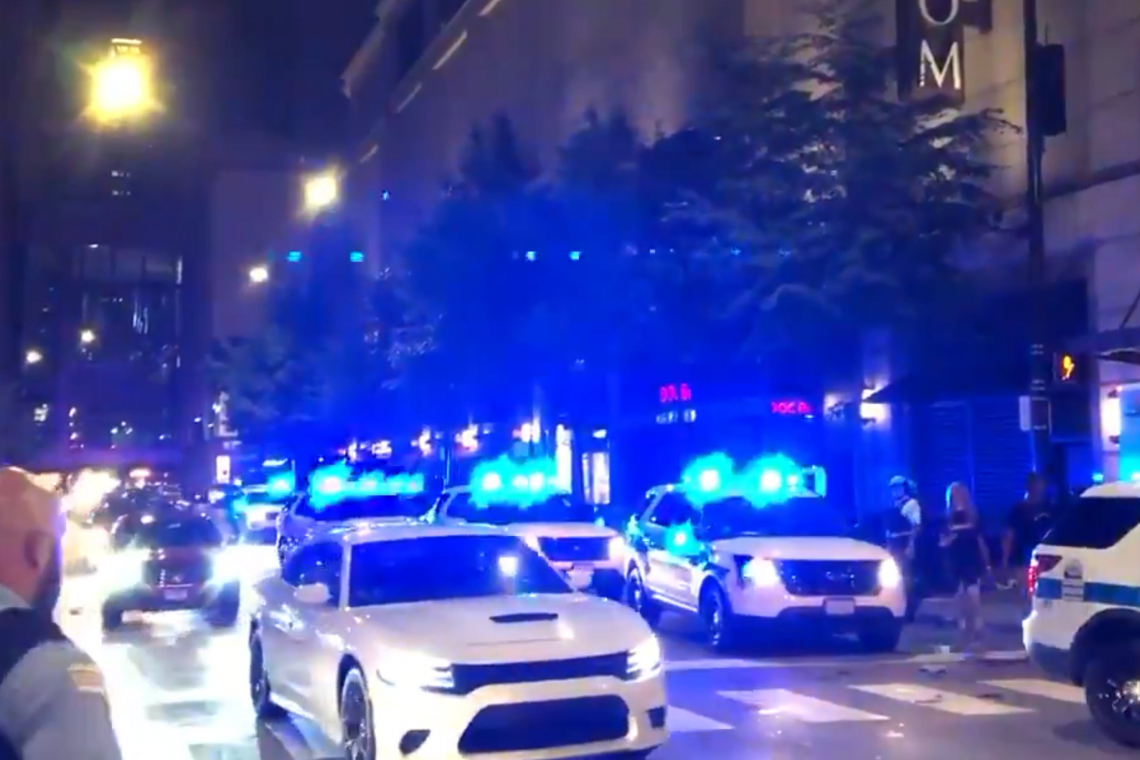 Rioting and looting broke out in Chicago last night and it is still ongoing as I write this AT 6:47 AM EDT.

Chicago is a war zone.

Antifa will probably descend when it gets light out to finish the job.

Developing.  Check back for updates.

Large scale protests and unrest have broken out, including mass looting taking place across the city.

There is a heavy police presence on the streets following reports of people breaking into businesses and setting vehicles on fire.

Videos posted on social media show police dealing with the unrest. Among the videos is footage of several people breaking into a bank after smashing windows with baseball bats and another showing crowds of people fleeing after gunshots are heard outside a store.

Several clips also show people walking out of businesses and stores after allegedly stealing goods and items from inside. The unrest shows no sign of stopping as of the early hours on Monday morning.

Bridges are up again downtown....and all expressway exits into downtown are also blocked.

The bridges being up creates a very dangerous situation for cops. They are heavily outnumbered and if a call for help comes across the air...other cops can not reach them from across the river.

(Be sure to thank all those 4th and 5th generation Obama-voting welfare slugs for the added inconvenience.  Vote Joe for more riots!)

No buses or trains will run in the area bordered by Fullerton and Ashland avenues and Cermak road, the CTA said.

Chicago police said the situation was still ongoing early Monday and could not provide details about specific incidents or numbers of arrests.

CPD officers exchanged gunfire with an armed person near Michigan Avenue and Lake Street Monday morning, spokesman Tom Ahern said. No officers were injured and it was not immediately clear whether anyone else was hit.

Mass looting is going on in Chicago. pic.twitter.com/YyRR5fx7u3

The mayhem began about 2:30 p.m. Sunday, when cops responded to reports of a man with a gun in the Englewood neighborhood on the South Side and located a person who fit the description near Moran Park,the Chicago Tribune reported

While running away from police, the suspect turned around and fired at them. The officers returned fire, wounding the gunman, who was transported to University of Chicago Hospital in unknown condition, according to the newspaper.

Police and witnesses later said a crowd of about 30 people faced off against cops near 56th and Aberdeen streets.

Authorities said someone spread false information to the group that police had shot and wounded a child.

The looters and vandals rushed through the city’s Magnificent Mile and other parts of downtown, where they were seen carrying bags full of stolen goods, the Tribune reported.

They repeatedly tried to smash the windows of the Omega watch store at Delaware Place and Michigan Avenue.

“The watch store,” one cop said. “They’re gonna get it eventually.”

Some people were seen running out of a damaged PNC Bank at Huron and State streets, while nearby stores also were cleaned out by looters.

One fleeing woman carrying shopping bags fell on the sidewalk as an officer pursued her and another woman appeared to have been pepper-sprayed.

“One of our vehicles, the windows were shattered by a brick,” Tally added.