WASHINGTON STATE GOVERNOR: REFUSAL TO TEST OR QUARANTINE OVER COVID-19 MEANS YOU CANNOT LEAVE YOUR HOUSE; NOT EVEN TO BUY FOOD 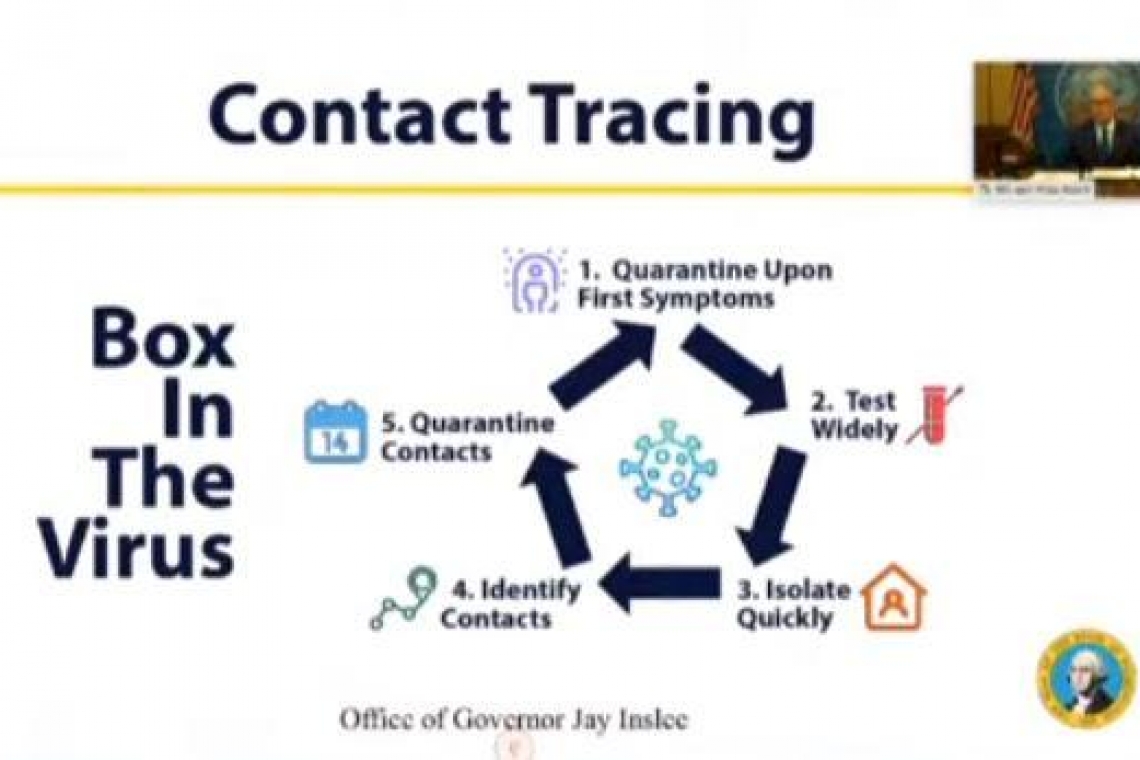 At his May 12 press conference, Washington State Governor Jay Inslee (D) laid out his plans for a statewide contact tracing initiative.   During the course of that press briefing, he made clear anyone who refuses testing "will not be able to leave their homes; not even to go buy food."

This appears to many people to be the book definition of TYRANNY.

Contact tracing involves interviewing people with positive COVID-19 tests to identify who they’ve been in contact with, getting those people tested, and then making sure they isolate themselves and their families.

As the press conference went on, one question kept coming up - what about enforcement? How will you ensure Washington State residents comply and what if they don't?

The answer is as scary as many have worried about. As Putvin reports, for those businesses/individuals that don’t comply, the governor stated that he confirmed with Attorney General Bob Ferguson, there will be sanctions in civil or criminal court.

At timestamp 38:55 in the video of the press conference below, one reporter asked:

“When it comes to contact tracing, how are you guys going to handle people or families who want to refuse to test or to self isolate?

If they want to leave their home to get groceries I know you’ve said they can’t do that; how will you make sure they don’t?“

Below is Jay Inslee’s response:

“We will have attached to the families a family support person who will check in with them to see what they need on a daily basis... and help them. If they can’t get a friend to do their grocery shopping, we will help get them groceries in some fashion. If they need pharmaceuticals to be picked up, we will make sure they get their pharmaceuticals... That’s going to help encourage them to maintain their isolation too.

“As far as refusal, it just shouldn’t come to that, and it really hasn’t. We’ve had really good success when we ask people to isolate, and they’ve done so in really high percentages, so we’re happy about that, and we believe that will continue.

Therefore, those individuals that refuse to cooperate with contact tracers and/or refuse testing will not be allowed to leave their homes to purchase basic necessities such as groceries and/or prescriptions.

Those persons will need to make arrangements through friends, family, or a state provided “family support personnel.”

The question, of course, is - how long before this "mandated" testing (or starve) will be re-upped to "mandated" vaccination (or starve)?

Folks in Washington now have before them, actual video PROOF they are being subjected to absolute Despotism.  Unbridled tyranny.

A man to whom they LENT authority to serve them, is now misusing that office to prevent people from leaving their homes . . . even to buy food!

Folks in Washington have no choice but to confront this tyrant, by any and all means.  Whether they choose to do so or not will reveal whether they are liberty-minded citizens, or yellow-bellied, slave-serfs.

The world is watching, Washington.  Do what you feel must be done and don't apologize to anyone for doing so.

Whoever aid, abets, or participates in this tyranny, will have brought any public correction of it, upon themselves.