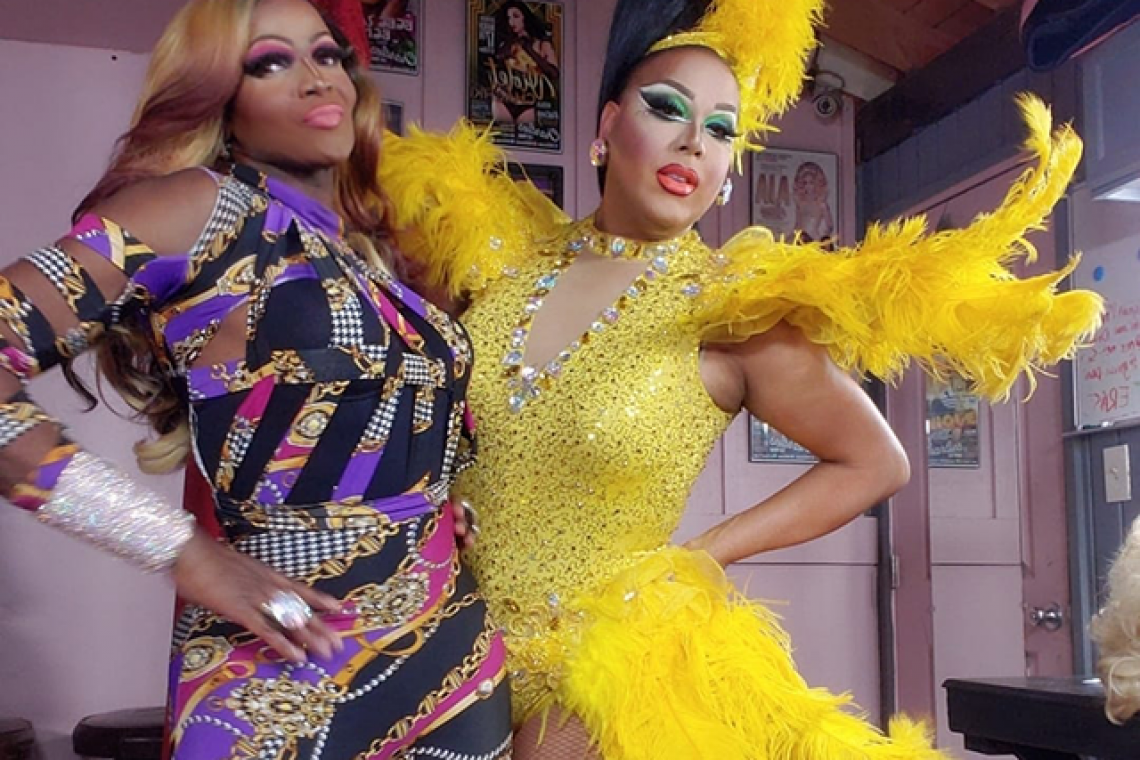 While Russia's Navy conducted missile drills off the coast of Hawaii recently, the United States Military decided the best way to train OUR troops was to host a Drag Queen Show on Nellis Air Force Base.

The drag queen show came to light after Air Force veteran podcaster “BK” posted a digital flyer for the event that read: “DRAG-U-NELLIS” and “CLASS IS IN SESSION.”

“Discover the significance of Drag in the LGBT+ Community at the Nellis Club,” it said.

So @NellisAFB is having a base-sanctioned drag Queen show; isn’t that awesome?

Maybe some of our military “journalists” can call them up and ask them about this. 🙄 pic.twitter.com/CJdGjpuun9

The “Top 3” at Nellis Air Force Base is a social and professional organization established to “enhance the morale, esprit de corps, of all enlisted personnel assigned to the Wing and to facilitate cooperation between members of the top three enlisted grades,” according to its private Facebook page.

“The base Top III will provide a forum for its members to meet, share personal experiences and expertise, and assist one another. It may function as an added channel of communication within the chain of command, between the commander, and the enlisted force on Nellis AFB,” it said.

One person who attended the drag queen show posted on her social media account, “Had a fun night … at a drag Queen show at nellis afb last night.”

The Nellis Club, according to the Nellis Force Support Squadron website, is a consolidated club offering a “versatile dining and entertainment experience for all its members.”

Nellis Air Force Base is home to the service’s Warfare Center where Air Force pilots undergo the most demanding advanced air combat training in the country. “The crews do not come to learn how to fly, but instead how to be the best combat aviators in the world,” the base website said.

Nellis Air Force Base said in an email statement:

Nellis Air Force Base and the 99th Air Base Wing hosted its first-ever drag show Thursday, June 17, at the Nellis Club. The event was sponsored by a private organization and provided an opportunity for attendees to learn more about the history and significance of drag performance art within the LGBT+ community.

Ensuring our ranks reflect and are inclusive of the American people is essential to the morale, cohesion, and readiness of the military. Nellis Air Force Base is committed to providing and championing an environment that is characterized by equal opportunity, diversity and inclusion.

So while the Russian Navy goes about actual warfare training off the coast of Hawaii, the US military was learning how to be fags at a Drag Queen Show.

That being the case, things do not look good for how the US military might defend the nation if called upon to stop humping each other in the butt.