Winter storm watches for parts of N.J.; 4 to 8 inches of snow possible 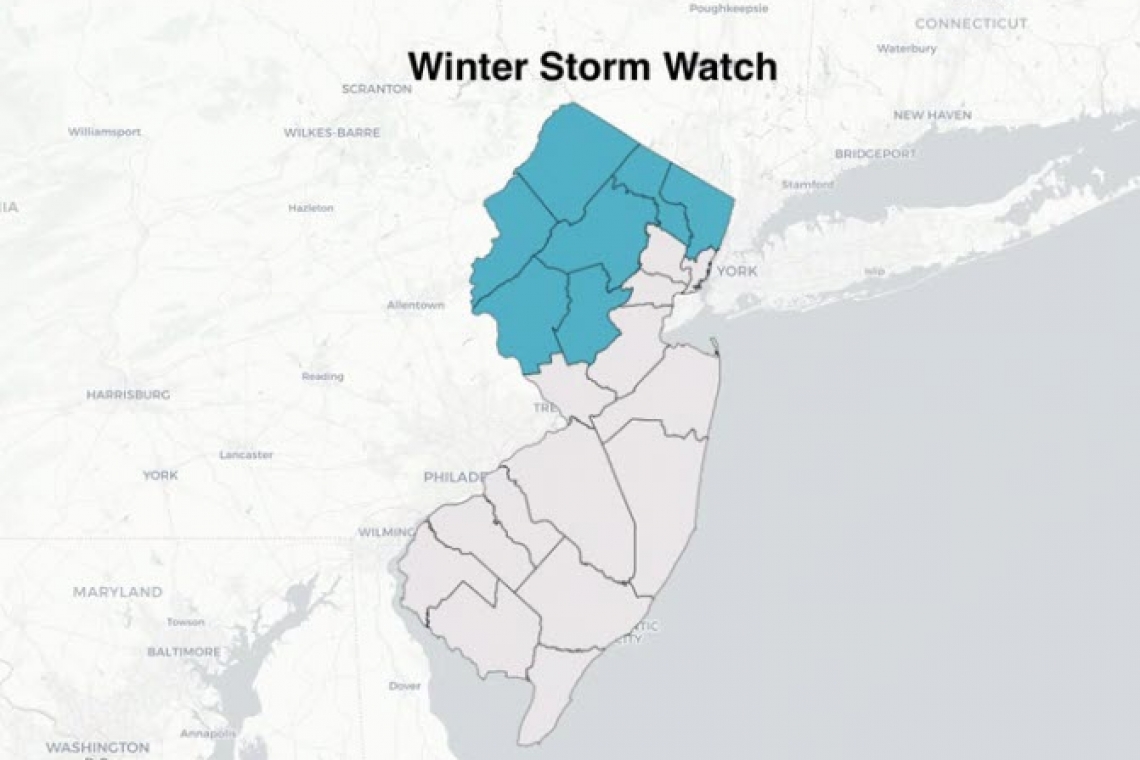 A complex low pressure system is expected to bring a one-two punch of winter weather to New Jersey, just as holiday travelers head back home this weekend. Winter storm watches have been issued in parts of seven counties in northern New Jersey, where between four and eight inches of snow are possible.

The National Weather Service warns that forecasts could change and watches/warnings could expand as much of the state could see a combination of snow and ice through the Monday evening commute.

Forecasters expect precipitation to begin during the day Sunday, with a mix of snow ice and rain overspreading the state.

Precipitation should begin as snow in northern New Jersey and transition to a mix of snow, sleet and freezing rain as the day progresses. The southern half of the state will likely see mainly rain during the first portion of the storm.

Much of the state could transition to plain rain before a lull in precipitation occurs Sunday night.

Accumulations during this portion of the event are expected to to be light, but the wintry mix combined with gusty winds could cause significant delays to air travel around the Eastern Seaboard.

After a lull in precipitation overnight, things are expected to pick back up again Monday.

With some colder air moving in, however, much of New Jersey could see snow during the afternoon and evening as a coastal low pressure system intensifies off the coast.

Winter storm watches are in effect in Hunterdon, Morris, Somerset, Sussex, Union and parts of Bergen and Passaic counties, where upwards of eight inches of snow could fall, largely on Monday.

Elsewhere, forecasters say a few inches of snow is possible, though there’s lower confidence in accumulating snow as you travel south. If the forecast holds, winter weather advisories would likely be issued Saturday for parts of the state.

The National Weather Service urged residents and travelers to pay close attention to the forecast in the coming days, as the storm is complex and timing and totals could change significantly.