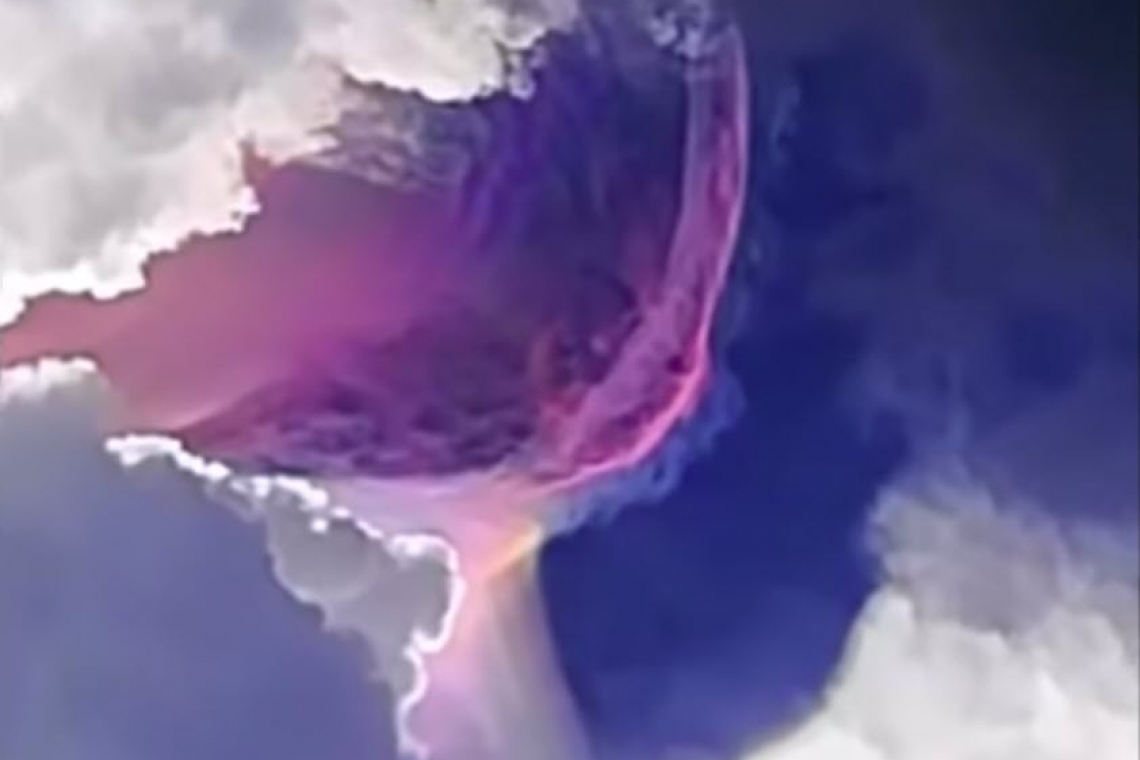 Video from the island of Trinidad taken October 31 shows a blood red "cloud" . . . or is it an enormous celestial body in space finally visible to earth?  Are we in danger?

No one is saying, but this certainly fits the text of the Bible, Acts 2:19 "I will show wonders in the heavens above and signs on the earth below, blood and fire and billows of smoke."