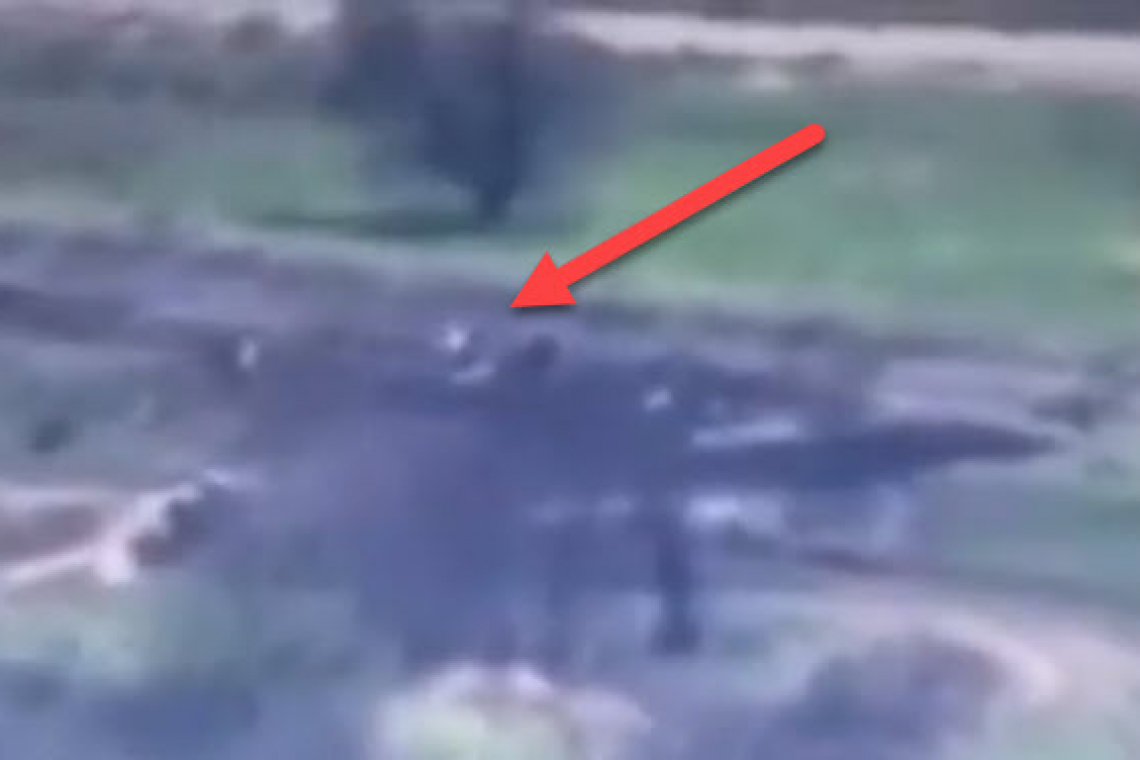 Video has emerged from the battlefields inside Ukraine showing actual Ukraine Army Troops waving the WHITE FLAG of surrender, to save their own lives.

The soldieres were part of an area that was under utterly horrifying artillery attack by the Russian Army.  Most of their unit was wiped out dead.  They had no chance at all of surviving unless they surrendered.  They did.

Below is the video from a Russian Army Drone showing the soldiers waving a White Flag on the battlefield.

The Russians STOPPED the attack and accepted the surrender.

In my 60 years on this Earth, I have never witnesses an actual White Flag surrender.   Sure, I've seen recreations of it in Hollywood movies, but never the real thing, in a real war.  Quite a moment.

Thank God the Russian Army did the right and honorable thing and allowed these men to surrender in safety.

The Ukrainians put up their best fight, and lost.  The Russians won - and won again, by being honorable.  Kudos to the Russian Army for its honor and compassion.

# Perfectly fair. — Paul Lambert 2022-09-04 05:25
I agree that there is no shame in these men surrendering. After all, did they really want to die to defend Zelensky's regime and to maintain the corruption of other governments being funnelled through Ukraine? Not worth it.
+1 # Honorable surrender — The Infant Phenomenon 2022-09-03 22:39
They did the best they could against a formidable foe and they acquitted themselves like honorable men.
+1 # "Guns & Bullets Are Useless" — t.n.kuss@hotmail.com 2022-09-03 22:30
People must start "Praying the Power of Our Lord God Almighty and Heaven (2/3) to Bind the (1/3) Biden Administration, Congress, Supreme Court, Obama, Trump, Chinese President Xi, President Putin, and All Others of the Fallen that They CANNOT ORCHESTRATE NUCLEAR WAR OR FORCE MARK OF THE BEAST VACCINE!" This is "Urgent." Tell others to start a Prayer Chain "Otherwise the 1/3 Shall Destroy God's Creation on this Earth" because "You Have Freewill" and "MUST INVOKE THE POWER OF HEAVEN (2/3) TO BIND THE POWER OF THE FALLEN (1/3) ON THIS EARTH." This is "CRITICAL!"
+5 # WHITE FLAG EVENT — zoochman 2022-09-03 21:00
The are those who might not think of surrendering soldiers as heroes or honorable given a situation. But given the fact that Zelensky the show puppet is probably living high on the hog in Miami and Biden and his criminals are laundering money there at their expense, it seems like a smart move on their part...
+3 # Yes Indeed.... — JECJEC 2022-09-03 19:57
The thing that gets me is how everyone I work with believe the main stream B.S. that Russia is getting their asses handed to them by Ukraine.

It simply amazes me how the U.S. media has lied about EVERYTHING including the vax, and the nit-wits I work with CONTINUE to watch FOX, CNN, and the like.