After the failed meeting between the US and Russia in Geneva this morning, war preparations have escalated to a stunning degree.  At this writing at 3:23 PM eastern US time on 21 January, a total of TWO HUNDRED (200) military trains are either enroute to, or have arrived in, Belarus from Russia.

The average number of cars in one train is 50, and the total number of trains with military equipment transferred to Belarus is now 200.

The United States will send additional military aid to Ukraine in the near future, the White House said.

The US DoD is working on military options that could be activated to beef up US military presence eastern Europe as a deterrence if Russian invades Ukraine. This could include “movement of assets and forces already in Europe and also assets and forces available outside of Europe" official sources say.

Blinken said after talks with Russia's foreign minister on Friday that Moscow would face a ‘swift, severe’ response if it invades Ukraine.

Prime Minister Justin Trudeau announces Canada is giving Ukraine a loan of $120-million dollars as it faces Russian aggressions at its border.

White House Spox Psaki says the administration has notified Congress of the US' intent to deliver Mi-17 helicopters to Ukraine.

Biden will meet this weekend with his nat'l security team while Biden's at Camp David.

The Czech Republic will deliver artillery shells with a caliber of 152 millimeters to Ukraine. Kyiv asked for them.

Russia vows 'most serious consequences' if US ignores its concerns.

INTEL ANALYSIS - "EMOTION" IS THE WILD CARD WE CANNOT CONTROL

This is what intelligence analysts say they FEAR happening due to the EMOTIONAL Response by Eastern Europeans:

1. RUSSIA INVADES UKRAINE. Biden and the West will try to stay out of it, thinking that they can make do with economic sanctions which will encourage Russia.

2. POLAND WILL RALLY TO UKRAINE`S AID - Poland has seen this all before in 1938 when it allowed Czechoslovakia, its neighbor, to be dismantled, leaving it next in Hitler's firing line. This time Poland has seen the writing on the wall and its historical memory and emotion about what is happening will cause it to use force. No Polish Government will ever stand by and allow a neighbor to be gobbled up through what they see as cowardice.

3. POLAND WILL ATTACK THE KALINGRAD REGION OF RUSSIA - It is isolated and surrounded by Poland. The Polish feel this will take the pressure off Ukraine. 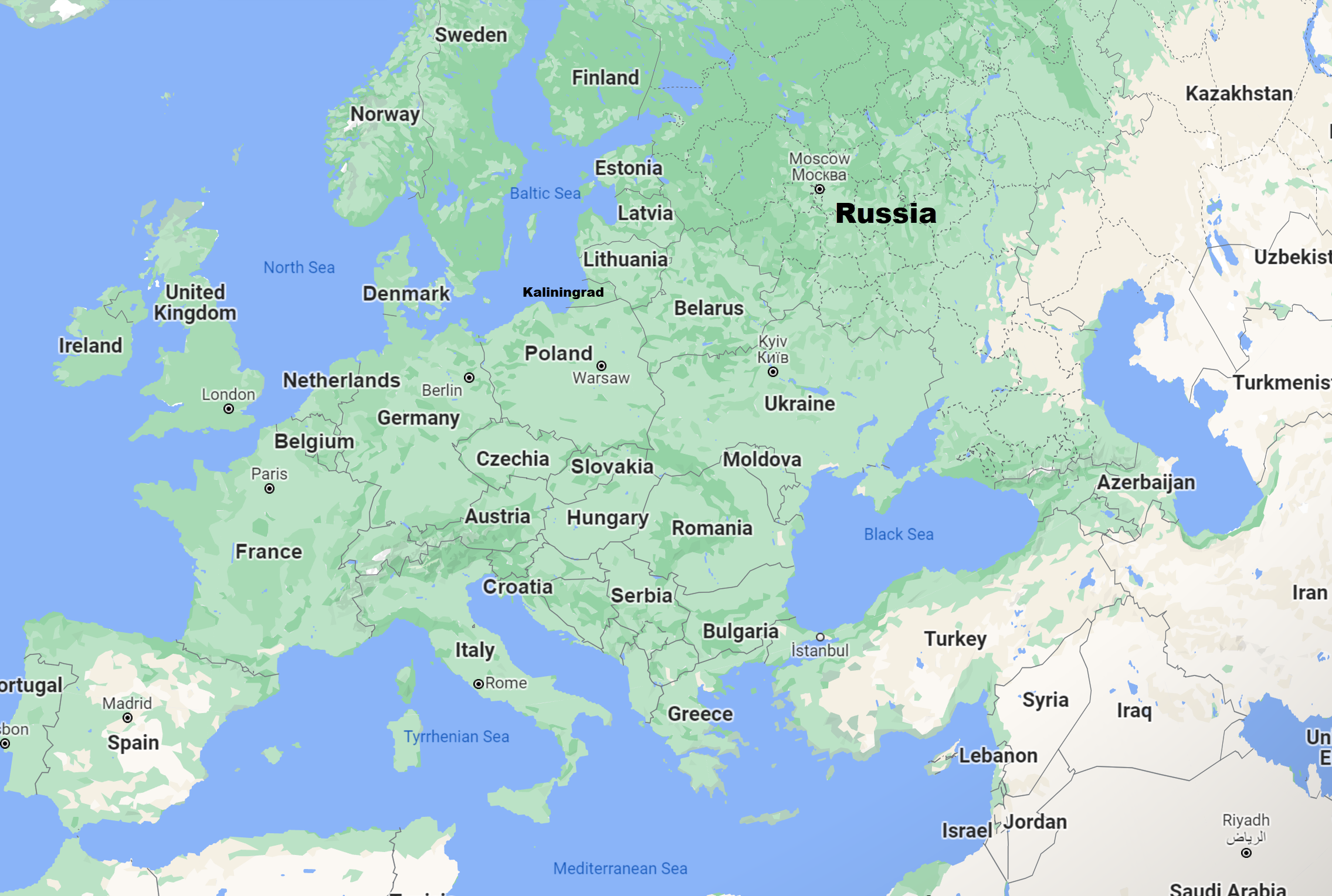 4. LITHUANIA WILL BACK POLAND - It refuses to be left surrounded if Poland is defeated.

5. LITHUANIA WILL DRIVE SOUTH ACROSS THE WEST OF BELARUS TO CUT OFF KALINGRAD - To aid the Poles.

6. Once Lithuania enters Belarus, BELARUS IS NOW IN THE WAR - Belarus is Russia`s client state.

7. HUNGARY WILL THEN ACT TO AID POLAND - It cannot afford to see Poland defeated, and end up being surrounded. Stopping Russia goes with their Political beliefs.  Hungarian President Ornban would be finished if he does not do this.

8. ROMANIA ENTERS THE WAR - It has no emotional desire to see Eastern Europe in Russian hands and be isolated again.

9. RUSSIA MUST NOW VASTLY INCREASE THE DEFENSES OF KALINGRAD

10. ESTONIA AND LATVIA THEN ENTER THE WAR - Cut off by the Russian Baltic fleet to support Kalingrad, their emotions tell them they have no option.

11. FINLAND THEN JOINS WAR - Estonia is it closest ally and Finland, emotionally, will never allow it to fall.

12. SWEDEN THEN ENTERS THE WAR - It cannot afford to see Finland defeated.

13. RUSSIA NOW MUST MASS MOBILIZE - Everything Russia has now goes into battle.

14. BRITISH TROOPS AND ARMOURED UNITS IN UKRAINE NOW SURROUNDED AND FACING EXTINCTION - UK has no option but to protect them. With the whole region in war, Britain effectively enters the war with an ultimatum.

15. RUSSIA HAS TOO MUCH TO LOSE - It cannot agree to the British ultimatum over the spreading war.

16. BORIS JOHNSON USES A TACTICAL NUKE AGAINST RUSSIAN FORCES IN UKRAINE - At this point he has no option but to do so to protect the isolated, trapped, British troops.

17. It's troops in Ukraine hit with a tactical nuke, Russia responds with a double shot: A return tactical nuke, and a nuclear missile strike upon London itself as an emotional warning to everyone else not to do this again.

18. Once a Capital city of a NATO country is hit, the emotions go totally out of control. If NATO collectively hits back at Russia, then Russia unleashes upon all of NATO.  THE END OF THE WORLD BECOMES A CERTAINTY.

This is how close we actually are, right now, to a gigantic conflict and to an actual nuclear war.

Meanwhile, the mass-media in Europe and the USA are keeping the lid on this subject, with only very sparse reporting, and ALL of it, blaming Russia.

The Western media coverage has, not even once, told the public that all this began under Barack Obama when he and the European Union overthrew the Democratically elected President of Ukraine, Viktor Yanukovich and installed a puppet government in Ukraine.

Russia cannot defend against missiles with that short a flight time.  This is why Russia has balked so fiercely at Ukraine joining NATO.  Ukraine never would have done that had the EU and USA not overthrown Ukraine's government in 2014.  Now, this has become a matter of literal survival for Russia.

If those US missiles get put in Ukraine, Russia can be wiped out in a NATO first strike.  Russia simply won't sit by and do nothing to their own demise.

Russia told NATO this had to stop and offered treaty proposals to assure their security.  Those proposals were denied out of hand.  So Russia submitted them again, with direct Diplomatic Staff delivering them to each NATO Capital city, along with a memo that said, if Russia cannot get iron clad, legally enforceable, security guarantees by Diplomatic means, it will do what it has to by military or military-technical means to assure Russia's safety.

After those Treaty proposals were personally delivered to NATO Capitals . . . NATO started more of the same by trying to overthrow the government of Kazakhstan!   The attempt was quickly put down by Kazakhstan with help from the CTSO and Russian troops.

So the empirical evidence proves the US/NATO is the aggressor here.   We have been doing these things since 2012 and our government will not stop.

We are in the wrong and we are the ones forcing a military confrontation.  We may actually get one.

Whether any of us live to see it end, remains to be seen.

We have one week.

Russia has agreed to wait one more week for the US and NATO to respond -- in writing -- to its Treaty proposals.

In the meantime, NATO is shipping unimaginable amounts of weapons into Ukraine.  Anyone with half a brain can see where this is going.

. . . and we will have done it to ourselves by not keeping our own governments under control.

If people in America and western Europe fail to start deluging their Representatives with phone calls, letters, faxes and emails telling them to stop this nonsense, we may go right off a cliff into an abyss.

Emergency Action Messages (EAM) are being transmitted via the US Military High Frequency Global Communications System (HFGCS) by "SkyKing" which means it is a ultra-priority message . . .  stop what you're doing and do this . . . . type of message.   There have been upwards of twenty such messages in the past four hours.

The USAF High Frequency Global Communication System (HFGS) is a broadcast and receiving network comprised of 14 high frequency radio command and control centers around the world. Information is relayed to flight crews in the form of an Emergency Action Message (EAM). An EAM is a pre-formatted message that directs nuclear capable forces to do… something."

These are high-priority messages that are sent to all nuclear forces committed to the national nuclear defense plan (Strategic Deterrence and Force Employment) which are copied down by the aforementioned forces. A Skyking message contains much less data than a standard EAM. The typical format is "Skyking, Skyking. Do not answer: [CODE WORD] Time [MM] Authentication [XX]", which is repeated, followed by the callsign of the sender and a sign-off."