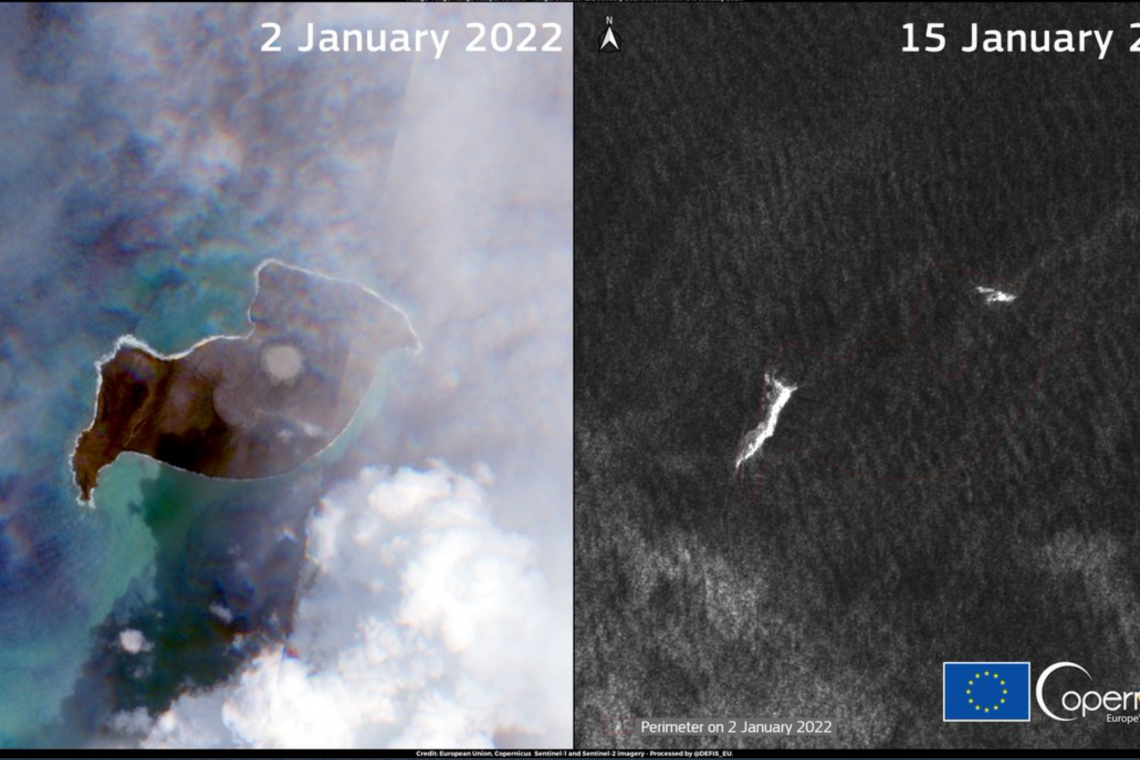 After yesterdays second massive volcanic eruption, Hunga-Tonga island in the south Pacific Ocean, no longer exists.   Satellite photos show the before and after.

The first explosive eruption, on Friday-into-Saturday, was so powerful, it sent a Tsunami that struck countries around the entire Pacific Ocean.  Then on Sunday, a second, and much larger explosive eruption enveloped the entire island in pyroclastic flows.  When the smoke cleared, the island no longer existed.

We humans tend to think of ourselves as almost all-powerful.   We've got NOTHING on the forces of nature!