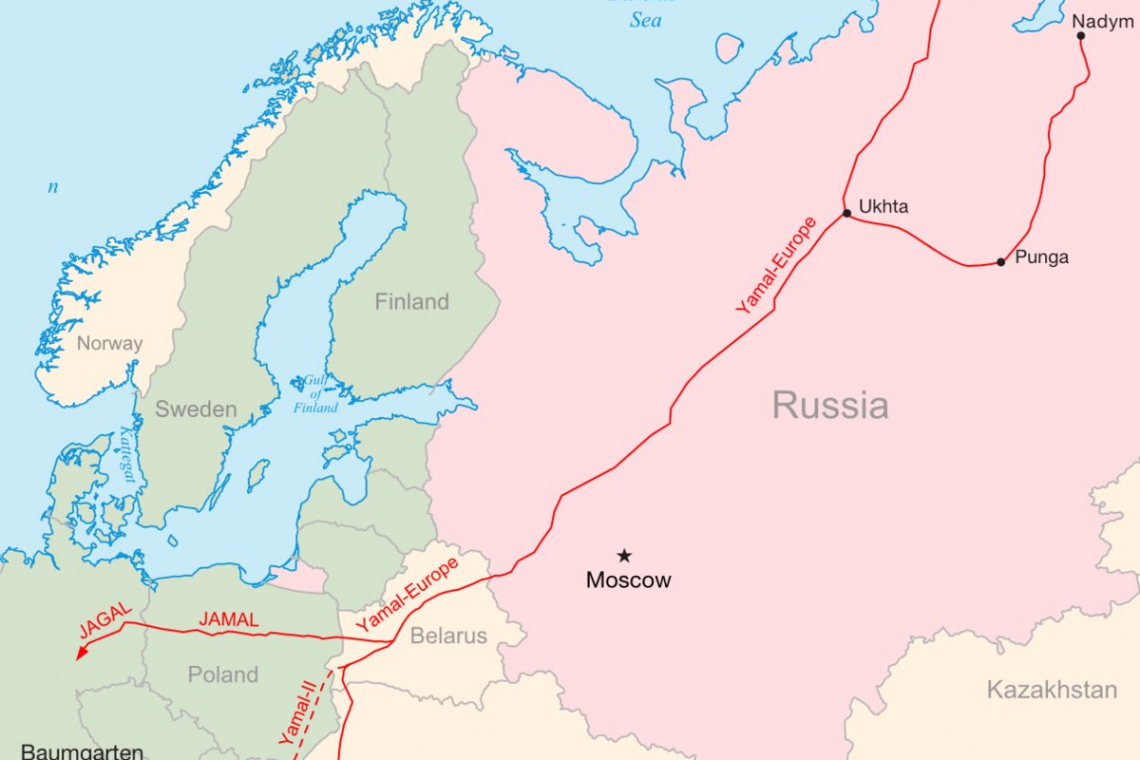 Russia has completely shut off all flows of natural gas in the Yamal-Europe pipeline.

After President Putin's Decree on July 4,  which ordered no vital commodity shipments - at any price or in any currency - can be made to "unfriendly countries," the gas flow to much of Europe has now been completely shut off.

Europe was striving over the past month or so to build up its tanks-storage-reserves and at last look, some countries had fifty-seven percent (57%) of their winter tank storage already filled.

It is not known how much more than 57% they may have accumulated in the past month, and it is not yet known how long such tanked reserves might last if they are drawn upon to supply countries now.

More info if I get it.

I __have__ been able to verify that Gas Storage Poland, is responsible for operating gas storage tanks. The company’s seven LNG storage tanks have a total capacity of 3.18 bln cubic meters.   In May, we can confirm those tanks were at 81% or 2.58 bln cubic meters. Poland’s consumption of natural gas amounted to just above 21 bln cubic meters in 2021, most of which is consumed in the colder months of autumn and winter.

So presuming those tanks are full . . . Poland has seventeen percent of its ANNUAL ACTUAL USAGE, stored up.  That's about two months worth.

Yet, bear in mind that although they can store 3.18 billion cubic meters for winter excess needs, those winter excess needs have always been IN ADDITION TO the regular amount of gas coming into Poland via pipeline.  Now, those regular flows have halted.   So . . .  less than two months natural gas for the whole country???

I am also told that wood-burning stoves have SOLD OUT in Germany.   Allegedly NONE to be had, at any price, anywhere in the country.

Germany has by far the largest storage volume for natural gas in central and western Europe (24 billion m3), which CAN supply Germany for two- to-three average temperature winter months.  But as of March, 2022, the German storage tanks were at less than 60% full.   Still trying to get more current data, but again the storage for two to three months of average winter temperatures exists while regular pipeline service continues 24/7.   Now that Yamal-Europe is offline, Germany must rely on Nordstream One, which last month, dropped from 130 million cubic meters per day down to 100 million cubic meters per day, and dropped again TODAY from 100 million to only 58 million cubic meters per day.  So Germany may, realistically, only have two months gas supply for their whole country!