Allow me to introduce . . . Transnistria. It's a place you'll be hearing a lot about shortly 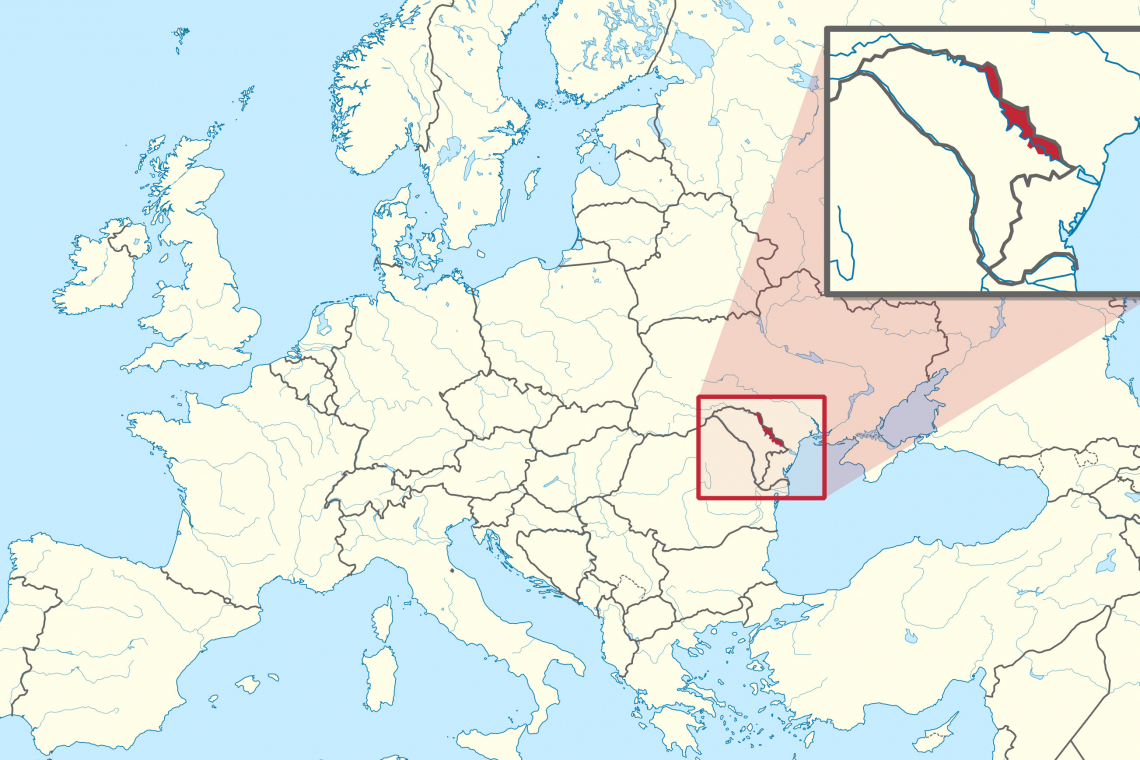 The ongoing hostilities between Ukraine and Russia are about to expand into a tiny sliver of land called Transnistria. Officially the Pridnestrovian Moldavian Republic (PMR), it is an unrecognized breakaway state that is internationally recognized as part of Moldova.

Transnistria controls most of the narrow strip of land between the Dniester river and the Moldovan–Ukrainian border, as well as some land on the other side of the river's bank. Its capital and largest city is Tiraspol.

Transnistria has been recognized only by three other unrecognized or partially recognized breakaway states: Abkhazia, Artsakh and South Ossetia.

The present history of the region dates to 1990, during the dissolution of the Soviet Union, when the Pridnestrovian Moldavian Soviet Socialist Republic was established in hopes that it would remain within the Soviet Union should Moldova seek unification with Romania or independence, the latter occurring in August 1991.

Shortly afterwards, a military conflict between the two parties started in March 1992 and concluded with a ceasefire in July that year.

As part of the ceasefire agreement, a three-party (Russia, Moldova, Transnistria) Joint Control Commission supervises the security arrangements in the demilitarized zone, comprising 20 localities on both sides of the river. Although the ceasefire has held, the territory's political status remains unresolved: Transnistria is an unrecognized but de facto independent presidential republic with its own government, parliament, military, police, postal system, currency, and vehicle registration.

Its authorities have adopted a constitution, flag, national anthem, and coat of arms. After a 2005 agreement between Moldova and Ukraine, all Transnistrian companies that seek to export goods through the Ukrainian border must be registered with the Moldovan authorities. This agreement was implemented after the European Union Border Assistance Mission to Moldova and Ukraine (EUBAM) took force in 2005. Most Transnistrians have Moldovan citizenship, but many also have Russian, Romanian, or Ukrainian citizenship. The main ethnic groups are Russians, Moldovans/Romanians, and Ukrainians.

Transnistria, along with Abkhazia, South Ossetia, and Artsakh, is a post-Soviet "frozen conflict" zone. These four partially recognized states maintain friendly relations with each other and form the Community for Democracy and Rights of Nations.

THE "WAR" IN UKRAINE IS NOW ENSNARING TRANSNISTRIA

There is a gigantic arsenal of Russian military weapons stored in Transnistra; weapons that Ukraine would like to get their hands on now that Russia has smashed most of Ukraine's military.

Those weapons supplies would vastly improve Ukraine's ability to defend Odessa from the approaching Russian Army.

A critical bridge was taken out last night with a missile attack, cutting off a supply route from Moldova to Odessa, Ukraine.  A train full of gasoline tankers crossing that bridge was destroyed. 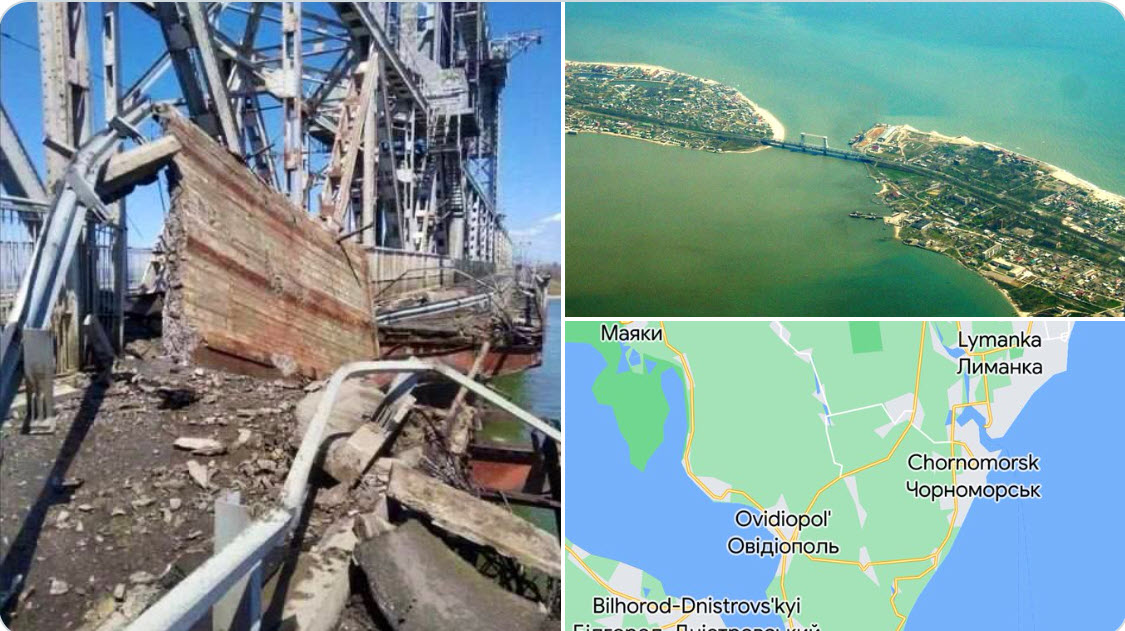 Civilians in Transnistra are now high-tailing-it out, trying to cross the border into nearby Moldova.   There are huge traffic jams at all border crossings.   Moldova, in the meantime, is setting-up police checkpoints to check everyone entering the country.

RUMORS (unconfirmed at the publication of this story) say Romanian Troops have entered Moldova, and been given Moldova Military uniforms to pose as Moldova troops.

Romania is now a member of NATO.

So it is beginning to look as though trouble is being deliberately started by NATO, through Moldova, against Russian-controlled Transnistra, over Ukraine.  How's THAT for convoluted?

Incidentally, if Romania troops, pretending to be Moldova troops, attack any Russian military in Transnistra, then "NATO" will have "attacked" Russia, and "it's on like Donkey Kong."

UKRAINE LOOKING FOR HOSTAGES TO "TRADE" FOR AZOV NAZIS IN MARIUPOL

"I am convinced that in order to save Mariupol, it is necessary to hit Transnistria.

There is only one chance left to save Mariupol."

Butosov gives 6 reasons (see above article) but the first is:

- capturing many thousands of Russian military for exchange.

Seems like a pretty desperate plan but what he intends is that Ukraine must capture Russian military, in sufficient numbers that they have enough prisoners to offer an exchange for the people trapped at Azovstal steel plant in Mariupol.

He envisages that Ukraine would then hand over Transnistria to Moldova.

This plan will work perfectly, so long as Russia does nothing...   except Russia is already NOT doing "nothing."

This move against Transmistra makes crystal clear that NATO is utterly desperate to get its people out of Azovstal.

They know to an absolute certainty that If NATO troops are captured inside the Azovstal Steel Mill, having fought side-by-side with Ukraine against Russia, then Russia will have iron clad proof that NATO has literally waged actual war against Russia and it's "game on because NATO attacked."