AMERICANS TO GOVERNORS "GO TO HELL" - RE-OPENING ALL BUSINESSES MONDAY, MAY 18 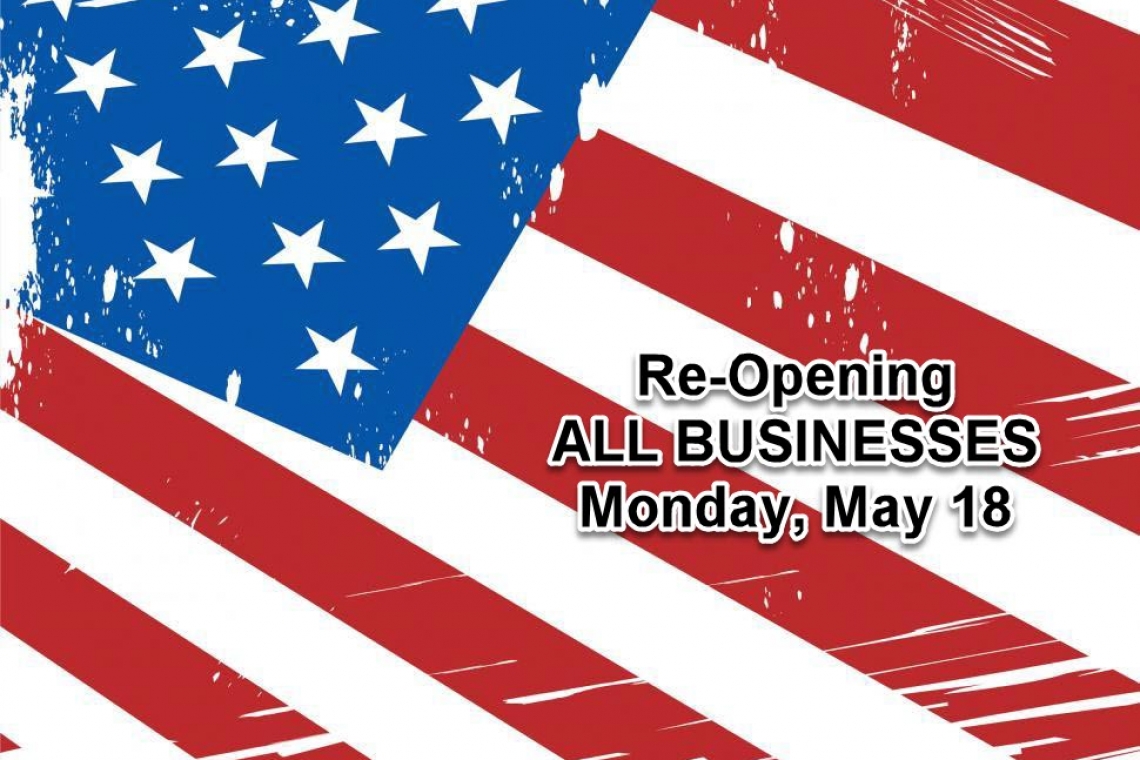 The "lock-downs" and "Shelter-in-place" advice given by state governors over the coronavirus outbreak, have run far longer than were ever needed and are being brought to an end.  American business owners have been told to contact all their employees by Friday, May 15, and inform them that they are to report back to work on Monday, May 18 whether the lowly public servants in government like it or not.  Put simply, Americans will tell their Governors "go to hell."

Such was the decision announced on the Hal Turner Radio Show, broadcast in EVERY U.S. State, last night (Wednesday May 6, 2020).

"The Centers for Disease Control admitted on April 16, they have been OVER-STATING the Death Toll from COVID-19 by five hundred percent" said radio host Hal Turner.  "Their report of April 16 proves they were telling us that from Feb. 1 thru April 11, the original death toll of about 54,000 was actually 11,000." We don't shut down the biggest economic engine in the history of human existence for less people dying than from an average Flu season" he continued.

That report, available from the CDC web site, lays out the falsehoods that the entire country has been relying upon to justify shutting down: 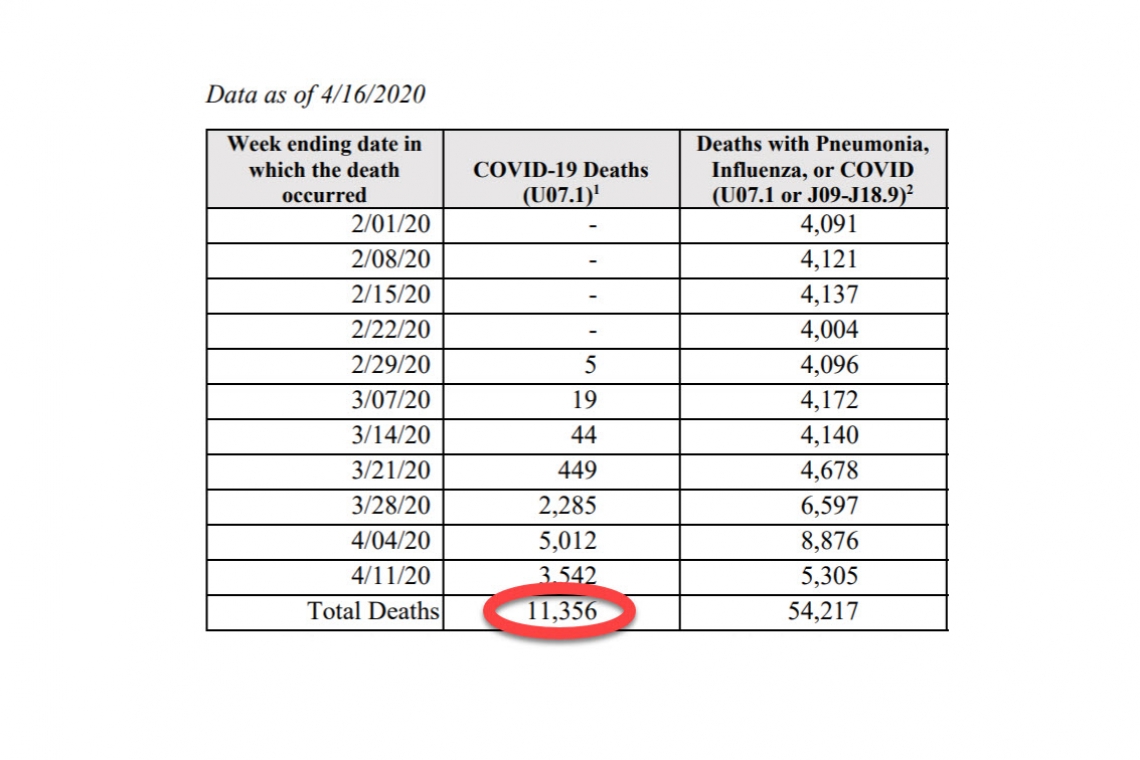 Turner went on to tell his nationwide audience "Put simply, we've been fooled, America! We've been fooled, people.  Fooled into giving up our prosperity, fooled into giving up our rights, fooled into trusting the government for our safety, and fooled into allowing socialism and communism into our way of life. It's time to take a stand. It's time to re-open EACH AND EVERY place in America, and get our nation back to work.  Anyone who tries to stand in the way, should be summarily dealt with as an "enemy within" he continued. "The people who did this to us need to be thrown into prison for FRAUD. "

Last night, Turner told his audience that every business owner in the country should make contact with employees by Friday, May 15, and inform all of them that businesses will re-open on Monday, May 18.

He also pointed out that in his local area of northeastern New Jersey (about three miles outside midtown Manhattan) people are already throwing the government to the curb.  "There are far more cars out and even some local businesses which have been closed for at least the past two weeks, have already re-opened.  People are taking their freedom back from government.  If petty little public servants like the Governor don't like it, they can go to hell" he said.

During other radio shows leading up to his announcement last night, Turner went to great lengths to point out that no Governor has the authority under any statute, to ORDER citizens to stop going to work, or to close their businesses, or to cease going out to visit family, friends or neighbors, over a disease outbreak.   "We are free and independent people according to Article 1, Section 1 of the New Jersey Constitution.  We cannot be deprived of that freedom arbitrarily by one of the lowly public servants we hire to do certain work for us.  These government people have forgotten that we the people own this state.  We own the roads, the parks, the beaches.  Governor Murphy and the corporation he heads (at our behest) do not own anything.  In this nation, we Quarantine SICK People, not healthy people.  My freedom is not dependent on someone else's disease.  My freedom is mine, not the government's, to give or take at its whim."

When callers to various shows pointed out that various Governors issued "Executive ORDERS" Turner dispensed with that by reminding folks "A Governor's Executive Order can only apply to his Executive Branch; people who actually work for him.  We in the general public don't work for the Governor, he works for us.  We don't take orders from employees."

The US Constitution also got significant mention during the radio shows.  Under the Fifth Amendment, no person cannot be deprived of life liberty or property without die process of law.  Going to work, leaving home to visit family, friends, neighbors, going to a store of our choosing to buy the lawful goods and services of our choosing are all "freedoms" protected by that amendment.  The Ninth Amendment also holds that "The enumeration of certain rights . . .  shall not deny or disparage the existence of other rights, retained by the people."

Courts have generally held that this provision of the Constitution applies to rights which existed before the Constitution was adopted.  Naturally, at that time, people left their homes to go to work, opened businesses, engaged in commerce as buyers and sellers, traveled as they saw fit . . . so those, too, are all "rights retained by the people" which cannot be denied by one man issuing an order without due process of law.

In Wisconsin last week, a Justice on the State Supreme Court actually called these Lockdowns "the very definition of tyranny."

A conservative state Supreme Court justice in Wisconsin suggested Tuesday that the extension of the state’s stay-at-home order was the “definition of tyranny” and compared it to U.S. internment camps for Japanese-Americans during World War II.

"Isn't it the very definition of tyranny for one person to order people to be imprisoned for going to work, among other ordinarily lawful activities?" Justice Rebecca Bradley said during video oral arguments of a lawsuit brought by Republican state lawmakers against Democratic Gov. Tony Evers and State Health Secretary Andrea Palm, The Washington Post reported.

“My question for you is, where in the Constitution did the people of Wisconsin confer authority on a single, unelected cabinet secretary to compel almost 6 million people to stay at home and close their businesses and face imprisonment if they don’t comply,” Bradley demanded,  “with no input from the Legislature, without the consent of the people?”

Palm issued a statewide stay-at-home order March 24 that is set to expire May 26.

“The people never consented to a single individual having that kind of power," Bradley said.

“One of the things this order does is allow people to go to prison for leaving their homes, unless it’s OK with the DHS secretary,” she said. (No one in Wisconsin has been sent to prison for violating the Safer at Home order.)  “How can it be that an unelected individual has the power to declare otherwise, usually lawful activity to be unlawful and to in fact criminalize that activity?” Bradley continued. “I think our laws are pretty clear that only the Legislature has the power to criminalize activity.”

The public awaits that court's decision in the case mentioned above.

Back to the radio show from last night, Turner has previously written to his home state Governor, Phil Murphy, to point out that his actions are causing people financial destruction.  People cannot pay their rent, cannot pay home mortgages, are losing homes and businesses to Bankruptcy and worse.  His letters have all gone unanswered.  Instead, Murphy announced yesterday, he EXTENDED the New Jersey lockdown until June 5.  Thus, Murphy seems to be engaging in "repeated injuries" which is a phrase with historical implications.

In The Declaration of Independence, the Founding Fathers made clear why they were OVERTHROWING the King of England and laying in his place, a new government:

"The history of the present King of Great Britain is a history of repeated injuries and usurpations, all having in direct object the establishment of an absolute Tyranny . . ."

History shows that repeated injuries did not work out too well for King George III.   Maybe Phil Murphy and the other Governors of states presently tyrannically locked down, should study-up on history, so they don't need to share a similar fate as King George III?