Analysis: What Would a Confrontation Between Russia and NATO Look Like? 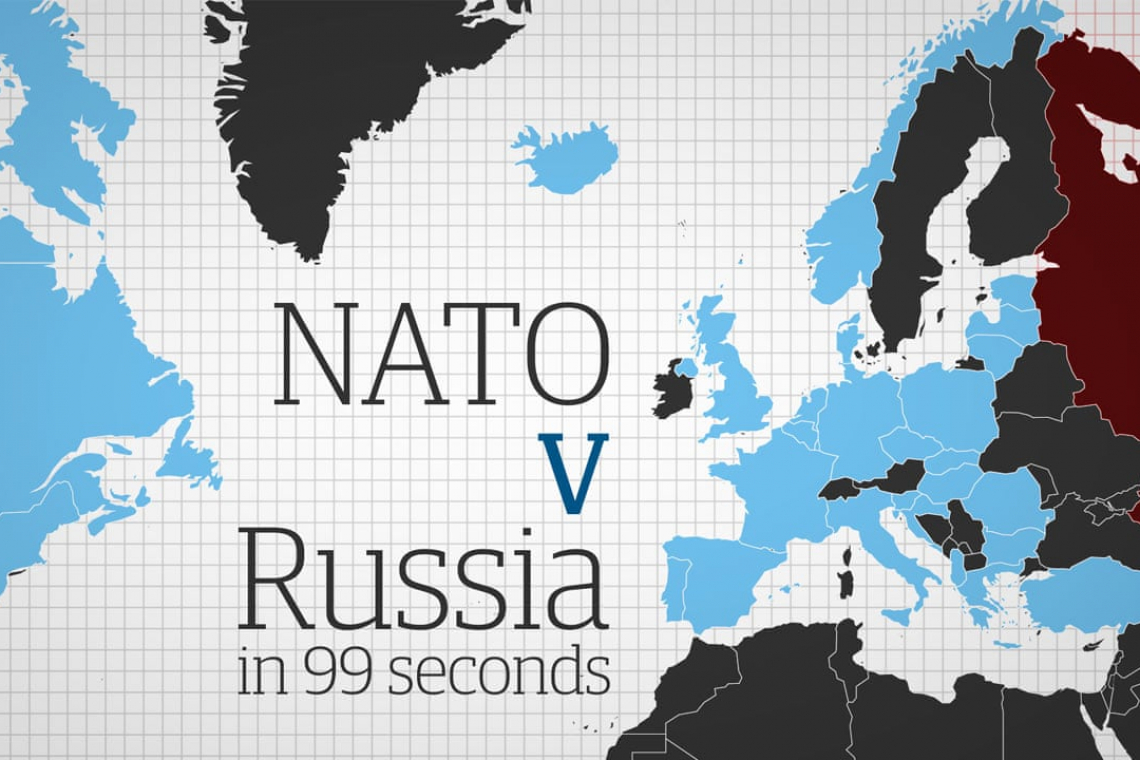 "What would a conflict between Russia and NATO look like? In short, not like anything NATO has prepared for.

Time is the friend of NATO in any such conflict—time to let sanctions weaken the Russian economy, and time to allow NATO to build up sufficient military power to be able to match Russia’s conventional military strength.

Russia knows this, and as such, any Russian move will be designed to be both swift and decisive.

First and foremost, if it comes to it, when Russia decides to move on Ukraine, it will do so with a plan of action that has been well-thought out and which sufficient resources have been allocated for its successful completion. Russia will not get involved in a military misadventure in Ukraine that has the potential of dragging on and on, like the U.S. experience in Afghanistan and Iraq. Russia has studied an earlier U.S. military campaign—Operation Desert Storm, of Gulf War I—and has taken to heart the lessons of that conflict.

Given the overwhelming supremacy Russia has both in terms of the ability to project air power backed by precision missile attacks, a strategic air campaign against Ukraine would accomplish in days what the U.S. took more than a month to do against Iraq in 1991.

On the ground, the destruction of Ukraine’s Army is all but guaranteed. Simply put, the Ukrainian military is neither equipped nor trained to engage in large-scale ground combat. It would be destroyed piecemeal, and the Russians would more than likely spend more time processing Ukrainian prisoners of war than killing Ukrainian defenders.

For any Russian military campaign against Ukraine to be effective in a larger conflict with NATO, however, two things must occur—Ukraine must cease to exist as a modern nation state, and the defeat of the Ukrainian military must be massively one-sided and quick. If Russia is able to accomplish these two objectives, then it is well positioned to move on to the next phase of its overall strategic posturing vis-a-vis NATO—intimidation.

While the U.S., NATO, the EU, and the G7 have all promised 'unprecedented sanctions,' sanctions only matter if the other side cares. Russia, by rupturing relations with the West, no longer would care about sanctions. Moreover, it is a simple acknowledgement of reality that Russia can survive being blocked from SWIFT transactions longer than Europe can survive without Russian energy. Any rupturing of relations between Russia and the West will result in the complete embargoing of Russian gas and oil to European customers.

There is no European Plan B. Europe will suffer, and because Europe is composed of erstwhile democracies, politicians will pay the price. All those politicians who followed the U.S. blindly into a confrontation with Russia will now have to answer to their respective constituents why they committed economic suicide on behalf of a Nazi-worshipping, thoroughly corrupt nation (Ukraine) which has nothing in common with the rest of Europe. It will be a short conversation.

If the U.S. tries to build up NATO forces on Russia’s western frontiers in the aftermath of any Russian invasion of Ukraine, Russia will then present Europe with a fait accompli in the form of what would now be known as the 'Ukrainian model.' In short, Russia will guarantee that the Ukrainian treatment will be applied to the Baltics, Poland, and even Finland, should it be foolish enough to pursue NATO membership.

Russia won’t wait until the U.S. has had time to accumulate sufficient military power, either. Russia will simply destroy the offending party through the combination of an air campaign designed to degrade the economic function of the targeted nation, and a ground campaign designed to annihilate the ability to wage war. Russia does not need to occupy the territory of NATO for any lengthy period—just enough to destroy whatever military power has been accumulated by NATO near its borders.

And—here’s the kicker—short of employing nuclear weapons, there’s nothing NATO can do to prevent this outcome.

The current propaganda meme in Washington is that Russia is going to 'invade Ukraine' and absorb it. It will not: Ukraine is a decaying, impoverished, de-industrialised, divided, corrupt and decaying mess; Moscow does not want to take responsibility for the package.

Moscow is fully aware that while its troops will be welcomed in many parts of Ukraine they will not be in others. Indeed, in Moscow, they must be wishing that Stalin had returned Galicia to Poland rather than giving it to the Ukrainian SSR after the War and stuck Warsaw with the problem. This does not, however, rule out the eventual absorption of most of Novorossiya (Luhansk and Donetsk, i.e. The Donbass) in ultimo.

The second delusion in Washington is that if Moscow did 'invade Ukraine' it would start as far away from Kiev as possible and send tank after tank down a road so that the US-supplied PAWs could exact a heavy cost. That is absolutely not what Moscow would do as Scott Ritter explains. Moscow would use standoff weapons to obliterate Ukrainian troop positions, C3I assets, assembly areas, artillery positions, ammunition dumps, airfields, ports and the like. At its choice. It would all be over quite quickly and the Javelins would never be taken out of their boxes. But that is the extreme option as Ritter explains.

Unfortunately the Blinkens, Sullivans, Farkas’, Nulands and others who seem to be driving USA policy don’t understand any of this. Their lack of understanding is endangering the lives of millions.