We are in grave danger: Russia Deploys Hypersonic Nuclear Missiles 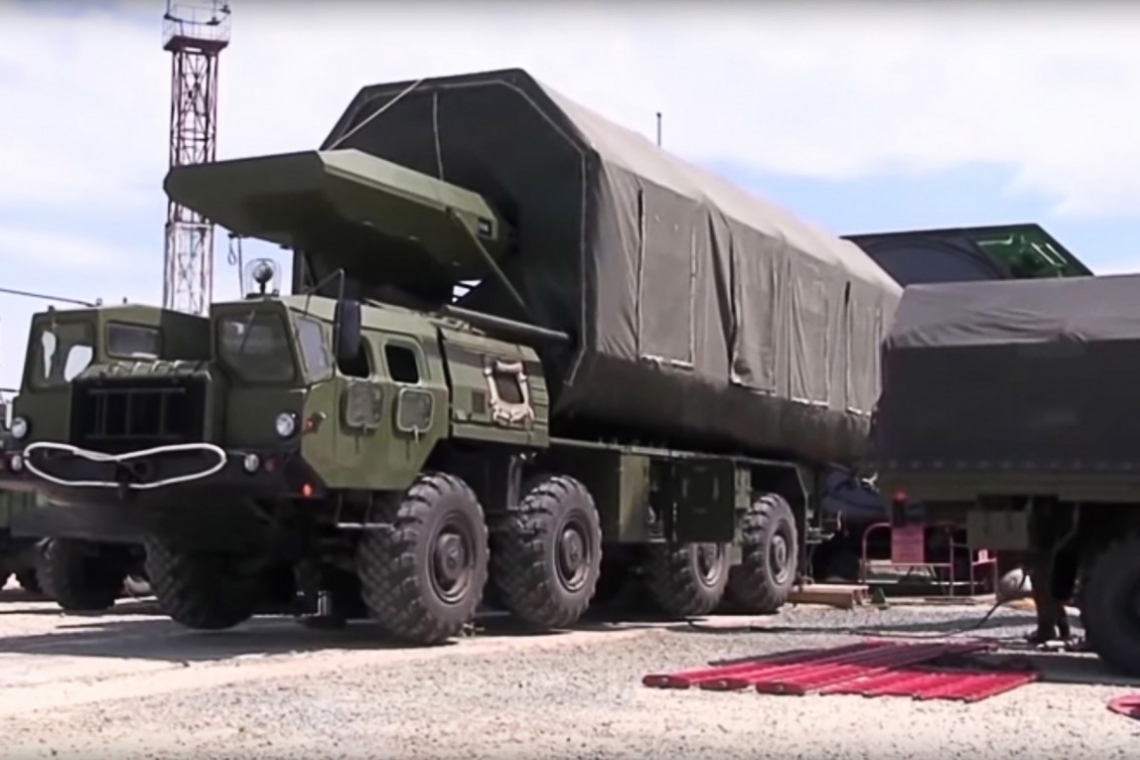 Russia's first regiment of Avangard hypersonic missiles has been put into service, the defense ministry says.

The location was not given, although officials had earlier indicated they would be deployed in the Ural mountains.

President Vladimir Putin has said the nuclear-capable missiles can travel more than 27 times the speed of sound (20,552 MPH) and put Russia ahead of ALL other nations.

The Avangard is launched atop an intercontinental ballistic missile, but unlike a regular missile warhead that follows a predictable path after separation, the new Avangard can make sharp maneuvers in the atmosphere en route to target, making it IMPOSSIBLE to intercept. They have a "glide system" that affords great maneuverability and also makes them impossible to defend against.

To help readers have a frame of reference, it is important to note WHERE the Ural Mountains are located.  The map below shows them: 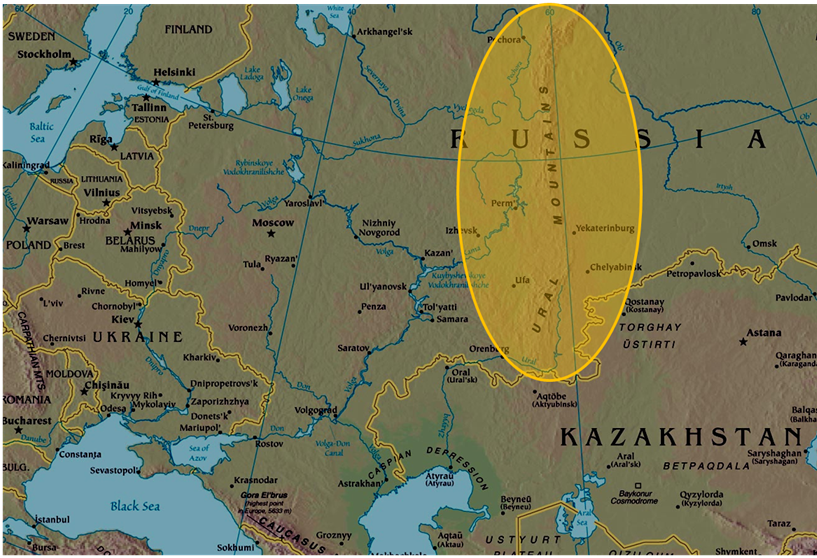 Now, look at the proximity of EUROPE versus those mountains.   Europe is now a sitting duck for a Russia first strike.   It could happen with such speed, the Europeans wouldn't even be able to launch interceptors, never mind a counter strike.

But worse, the Ural Mountains stretch about 2500 kilometers to the north, well into the Arctic circle.  The map below shows that side of our planet in a better way for you to gain perspective:

And what is just on the other side of that Arctic Circle?   North America.   Canada and the USA.

These new missiles can come over the north pole so fast, we may not even have time to launch a counter-strike.

Moscow is about 8 hours ahead of the US east coast, so that would have been about 2:00 New York City time.

The West and other nations were "playing catch-up with us", he said.

It is not so much the speed of the hypersonic weapon alone that counts. It is its extraordinary maneuverability as it glides towards its target. This poses a huge problem for existing anti-missile defense systems. Indeed the glide vehicle's trajectory, "surfing along the edge of the atmosphere" as one expert put it to me recently, presents any defensive system with additional problems. Thus, if Russia's claims are true, it has developed a long-range intercontinental missile system that may well be impossible to defend against.

The announcement that Avangard is operational heralds a new and dangerous era in the nuclear arms race. It confirms once again President Putin's focus on bolstering and modernizing Russia's nuclear arsenal. It's indicative of the return of great power competition. Some analysts might well see Russia's development program as a long-term strategy to cope with Washington's abiding interest in anti-missile defenses. The US argument that these are purely designed to counter missiles from "rogue-states" like Iran or North Korea has carried little weight in Moscow.

This all comes at a time when the whole network of arms control agreements inherited from the Cold War is collapsing. One crucial treaty - the New START agreement - is due to expire in February 2021. Russia seems willing to extend the agreement but the Trump administration has so far appeared skeptical. With a whole new generation of nuclear weapons at the threshold of entering service, many believe not just that existing agreements should be bolstered, but that new treaties are needed to manage what could turn into a new nuclear arms race.

So, as you read this, stop and realize that you do so only by virtue of Russia's self control.  They now have the ability to utterly destroy us and we have no defense at all.

If that sounds creepy, think further: Russia has a lot of valid reasons to attack and destroy us:  All the economic sanctions imposed on Russia by the USA (Democrat-controlled Congress) and EU.   All the adversarial efforts by the USA and EU against Russia in places like Ukraine under Democrat Barack Obama.  Russia being deliberately falsely accused of rigging the 2016 U.S. Presidential election -- by US Democrats -- when the whole thing was an intentional lie.

So if you suddenly find yourself surrounded by a flash of bright, white, light . . . know that the US Congress (via Sanctions over phony 'Russia Collusion), the Hillary Clinton Campaign and the Democrat National Committee (Russia Collusion lie), along with the policies of Barack Obama who meddled so viciously in Ukraine, set the stage for us to be killed.

While I'm at it, let me remind all of you of how the Democrats have worked for DECADES toward the destruction of our nation.

The Strategic Defense Initiative was a proposed missile defense system intended to protect the United States from attack by ballistic strategic nuclear weapons. The concept was first announced publicly by President Ronald Reagan on March 23, 1983.  The Democrat-controlled Congress literally LAUGHED at Reagan.  They derided his idea as "Star Wars" and failed to fund it.

They begrudgingly agreed to supply minor funding for a Ballistic Missile Defense, then cut the budget to the bone.

As you read this, know that we COULD have had the technology to defend against this new death threat; but we don't because of DEMOCRATS.

If Russia launches and any of us survive, then happen to run into any of those Democrats in the nuclear aftermath, hold them accountable on the spot.

NOTE: This will be a major topic of discussion on tonight's Hal Turner Radio Show starting at 9:00 PM eastern US Time (GMT -0500) which is 8:00 CENTRAL, 7:00 Mountain and 6:00 Pacific time, streamed here on the net using the LISTEN ONLINE link in the menu button above, and airing on radio station WBCQ at 7.490 MHz Shortwave, and on regular AM via KYAH  540-AM, Utah.