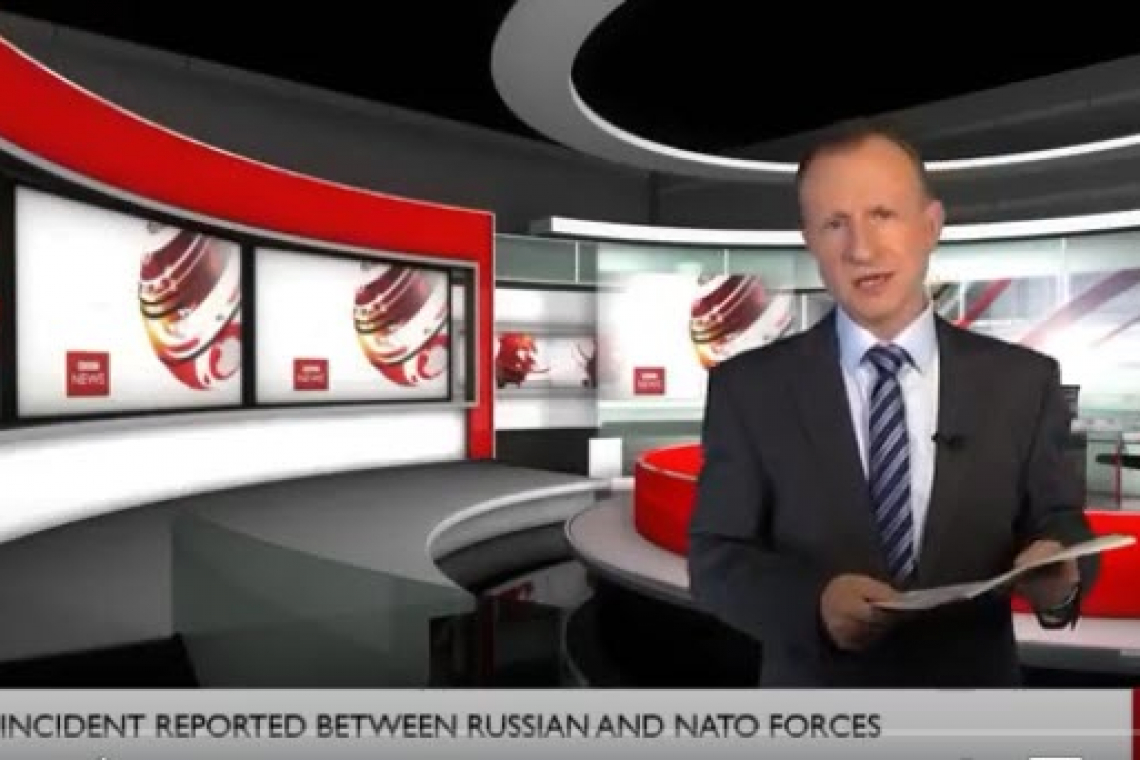 Back in January of 2018, I came across what some people might think of as "Predictive Programming;" A BBC (SIMULATED) broadcast about troubles between NATO and Russia and how, within an HOUR, it became full scale nuclear war.  The video appears below.

I recall at the time being utterly stunned that the BBC would even take time to produce something like this, never mind let it get out to the public.  I talked about it on my radio show at the time.

With all the troubles presently brewing in Ukraine, this came to my mind again, and I watched it (in full) today.  The similarities to what is taking place IN REAL LIFE RIGHT NOW are eerie.  Maybe a bit too eerie.   I find myself wondering (again) if this isn't "predictive programming?"

Some people are of the view that "evil" must tell you what it's going to do before it does it.  I'm not sure if that's true.

In the video below, the BBC begins coverage after an "incident" wherein a Russian plane gets shot down over Lithuania.  Ordinarily it would not beget a war response, but the broadcast goes on to mention the troubles in "Ukraine and Syria" the "encroachment of NATO bases toward the Russia Border" "economic sanctions against Russia" and a host of other grievances (all of which have basically come to pass) and all of a sudden, this BBC "Simulation" could be RIGHT NOW.

The video is almost an hour long and I know most of you aren't going to spend an hour - at least not right now - but you really should.   If for no other reason that how fast it all escalates.

Toward the end of the broadcast, after several nuclear bombs have already gone off in the Baltic Sea and in other places, the United Kingdom Home Office triggers that country's Emergency Broadcast System telling citizens a nuclear attack is coming and to gather food and water and make a shelter.

Who the F*CK is going to be ready for anything like that?

Within a couple very short minutes, the "CODE RED" alert gets triggered, indicating the detonation of nuclear bombs within 90 SECONDS.

Then the broadcast goes suddenly off-air as London is presumably destroyed by a nuke blast. Everyone is on their own.  No help. No food, no water, no medicines . . . just destruction.

If you get a chance, watch this.  Compare it to what is ACTUALLY TAKING PLACE in the world right now!

Because if you are in a nuke blast area, you won't be able to even go outside for up to 14 days because radiation will be at lethal levels.  Mere exposure for a few minutes, will kill you within days.

None of us wants to see anything like this actually take place.  NO ONE! Especially not me.

But I have begun to think that something like this is exactly what's coming - and soon.  Like, within a month soon!

So give watch and take heed.  Don't panic. Plan.

Have a plan.  Have supplies.  Be ready.  Because if this actually takes place, the "masses who are asses" are not going to make it.  YOU might have a chance, if you have a plan.