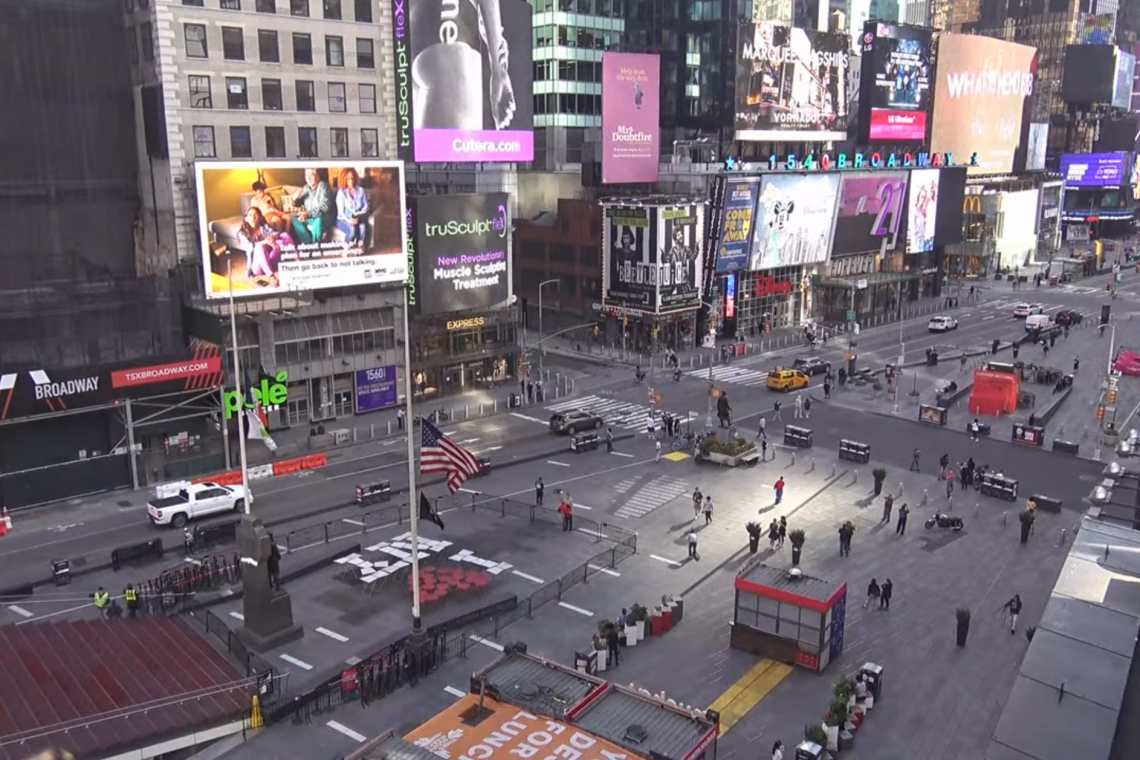 My son and I went out to grab some fast food today.  We decided we would head up to Car's Jr. at 88th Street in my home town of North Bergen, NJ.   As soon as we walked out the front door, we noticed something very different: Traffic.  As much traffic as we would typically see on a typical Saturday!  My son and I looked at each other with a smirk on both our faces.  "They're ignoring the government" I said to him.   "Freedom returns!" he replied.

Have you been outside at all today? Anywhere in the USA? Did you see it?

People are coming out despite the shelter-in-place (lockdown) orders. People have finally "had enough."

They're ignoring the so-called "Order" from lowly, public-servant-hirelings, like certain state Governors, to stay home.

Even Times Square in New York City, the undisputed epicenter of disease outbreak, today has people in it and cars driving through it. Not many, I grant you, but it is no longer EMPTY.

As leftist/commie, liberal, tyrants, like Democrat NY Governor Andrew Cuoma and Commie/Marxist NYC Mayor Bill DeBlasio squeeze harder and harder to keep control, people will slip past them like grains of sand falling from their clenched liberal fists.

Go outside. See for yourself. People are out walking, driving, talking with each other.

As more and more people simply IGNORE the government, a new breath of freedom will sweep the land, without any force or violence at all.

It's not just in New York City or my hometown in New Jersey.  It's places like Austin, TX too, where young people in a park, told to "social distance" by a Park Ranger, politely pushed him into a lake!