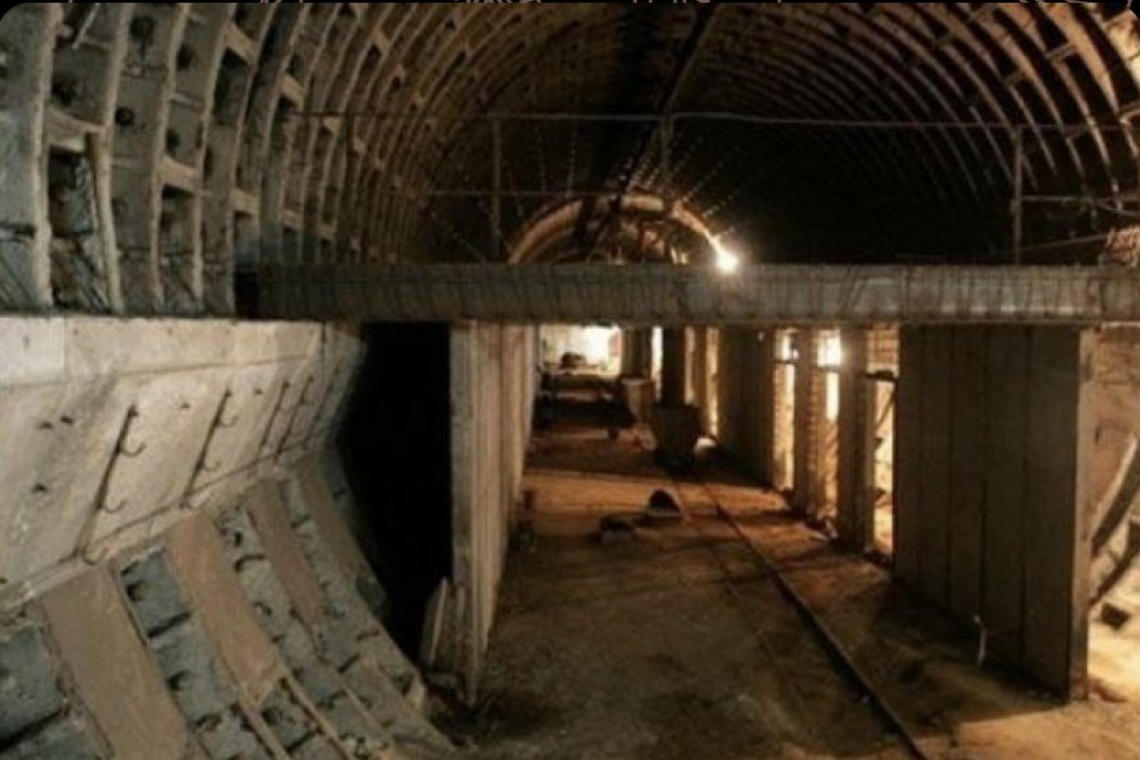 All schools in the country of Belarus have been ordered to open, clean, paint, stock, and prepare for use, their BOMB SHELTERS.

If any of the shelters were not completed, the construction work is to resume immediately to completion!

When asked why this had to be done, authorities told school officials "in case of war."

During the period when Belarus was a state of the old Soviet Union, the construction of all official public buildings had to include the construction of a bomb shelter against nuclear war.  So the shelters have been there for years . . . just not used for anything much.

Now, the schools have been ordered to get those shelters ready.

What does THAT tell you about the coming spread of the Russia-Ukraine conflict, and the coming involvement of other countries?

/
Is pic a true depiction of Belarus Bomb shelters or is a stock photo posted by the West?

It's a stock photo of the abandoned and delapidated Moscow shelter complex:

There are many more pictures and an article here:


NOW LOOK WHAT ITS GONNA COST US!!
+4 # RE: ALL THE MONEY — JesusSavesU2022 2022-10-21 09:43
The American elite have elaborate fully stocked bomb shelters for them that reportedly include bowling alleys, but these are not for us.
+2 # Well, kind of. — oak2022 2022-10-21 07:52
While I agree the U.S. places protection of it's citizens at a much lower priority than many nations, there do exist many thousands of "fallout shelters" left over from the 1950's-60's ish. They are probably not very clean nor stocked with provisions and medical necessities.
# There are NO public shelters — The Infant Phenomenon 2022-10-21 08:32
You must not be old enough to remember the Cold War, but there used to be public bomb shelters. The law required them, and they included buildings that were not designed as bomb shelters or fitted out as bomb shelters post-construction (church halls, department stores with basements).

They were marked with black-and-yellow signs--large ones with "CD" (Civil Defense) on them and the capacity of the particular place so marked (no. of persons who could take shelter there).

But "our" government long ago abandoned our people, so the only shelters remaining now are old private ones from those days. But it has been so long now that the people who built them (usually under their back yards) are dead now, and the more recent residents may or may not know that they have a bomb shelter. And in many cases--maybe most--the private shelters have long since been back-filled and no longer even exist.
# There are some old ones... — jrd803 2022-10-21 12:44
A while back when I was working on a job, we encountered a large fallout shelter in the basement of the old Central Islip Psychiatric Facility main admin building. I recall that it was quite large, but very dusty and dirty. There were lights on, but not many.

There was even a backup generator, I didn't get to see it as we didn't have time then, but there was a control and transfer box for it in the electric room.

So these things do exist here and there. But it would be BYOF, bring your own food (and water).

All he remembers is to eat his ice cream and argue with everyone.

The fire alarm would sound, and we'd walk orderly from the room into the hallway, get down on the floor (on our knees, and bent over so that our foreheads were against the floor and our knees and thighs against our chest. We were instructed to cover the backs of our heads with the palms of our hands (to protect the skull when the building collapsed on you).

Air raid sirens (where I lived) went off at 1 p.m. on the first Wednesday of every month. (They wee BIG yellow things on power poles all over town.) Classes just stopped until the noise was over. We remained in our seats for the siren testing.

But we knew (our parents and teachers told us point blank) that there would be no surviving a nuclear war but that we should obey our teachers and participate in the drills. WE ALL knew it was stupid and pointless, though.

Nowadays, we don't even have air raid sirens. And there's a public service announcement in New York now, with a smiling woman telling the viewer "You've got this!" Even though the instructions from the "authorities" include staying inside (really!) and listening to your radio for more useful instructions from the "authorities" who, apparently, have contrived a way to communicate with the population by radio and TV *after* an EMP.