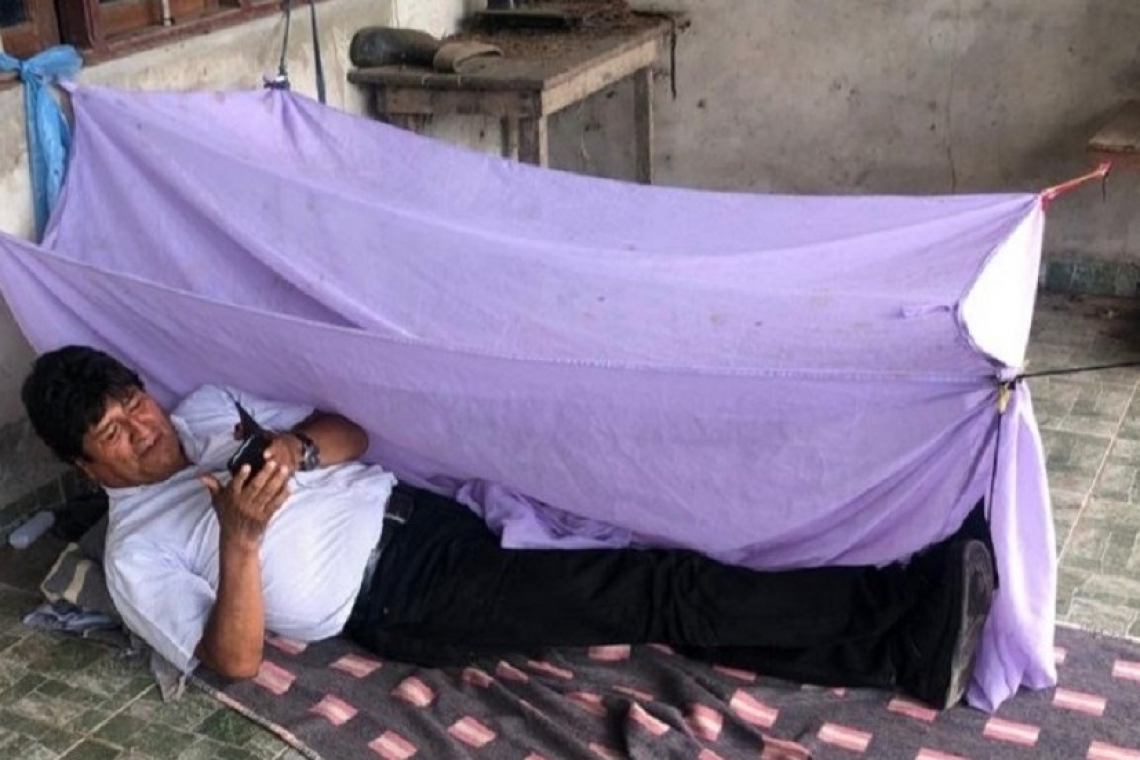 Former Bolivian President Evo Morales has announced his departure to Mexico, where he has been granted asylum, after opposition protests and military officials’ pressure forced the socialist leader’s resignation.

Following his abrupt resignation over the weekend, Morales said he would flee Bolivia to take up the Mexican government’s offer for political asylum extended earlier on Monday, but promised to return with renewed energy. Mexico’s Foreign Minister confirmed that Morales had boarded a Mexican government aircraft “sent to ensure his safe transfer to our country.”

“Sisters and brothers, I leave for Mexico,” Morales said in a tweet on Monday night, adding he was “grateful” to Mexico for providing asylum and “[taking] care of our lives.”

It hurts to leave the country for political reasons... Soon I will return with more strength and energy.

Morales was forced to resign from his post after weeks of opposition protests over a disputed election result, which culminated in military leaders 'advising' the embattled president to step down. While slamming the opposition forces as coup plotters and insisting he won October’s election fair and square, Morales nonetheless agreed to resign in order to calm tensions across the country.

Hectic protests and clashes between rival activists have continued in cities around Bolivia even after Morales’s resignation. In La Paz on Monday night, security forces and opposition protesters erected barricades in the streets in preparation for a large confrontation, as thousands of Morales supporters march toward the city.