Book: US Army General Told China in Secret Phone Call He Would Give the CCP Advance Warning if US Was Ever Going to Attack 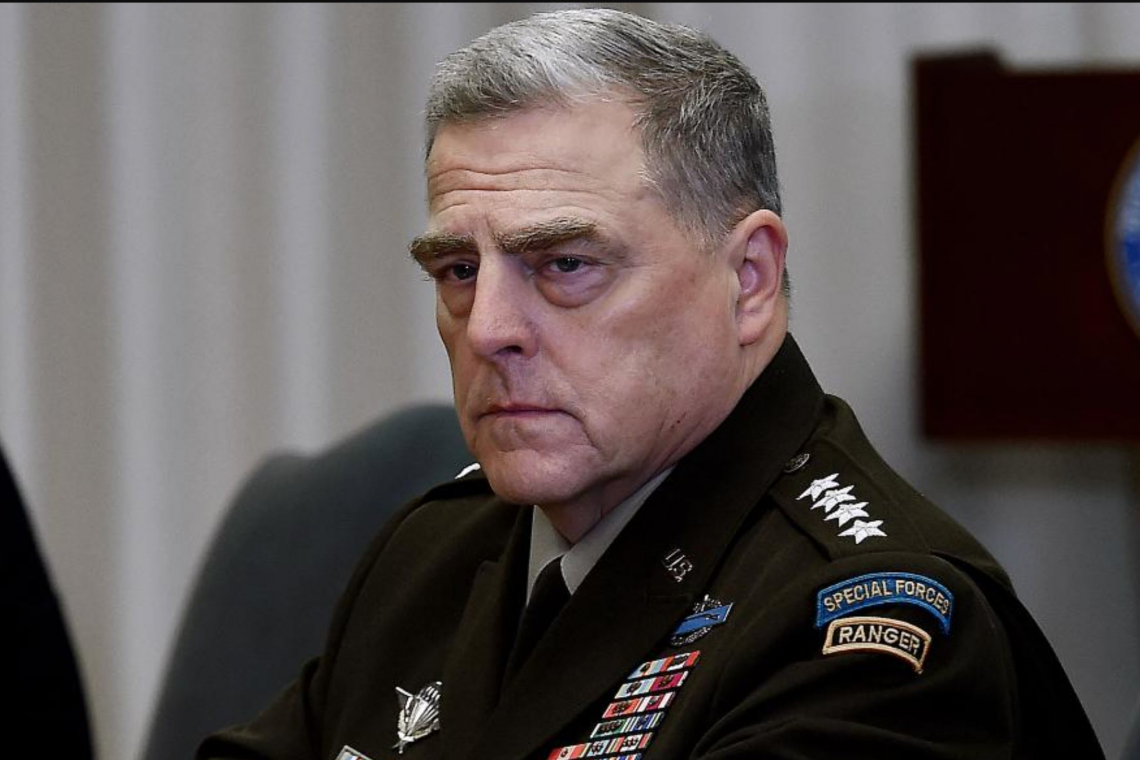 According to a new book “Peril” written by Bob Woodward, Mark Milley, the Joint Chiefs chairman, told China in a secret phone call that he would give advance warning if the US was ever going to attack.

“In a pair of secret phone calls, Gen. Mark A. Milley, the chairman of the Joint Chiefs of Staff, assured his Chinese counterpart, Gen. Li Zuocheng of the PLA, that the U.S. would not strike, according to the new book written by Washington Post associate editor Bob Woodward and national political editor Robert Costa.

One call took place on Oct 30, 2020, four days before the election that unseated President Trump, and the other on Jan. 8, 2021, two days after the Capitol siege carried out by his supporters in a quest to cancel the vote.

The first call was prompted by Milley’s review of intelligence suggesting the Chinese believed the United States was preparing to attack.

“General Li, I want to assure you that the American government is stable and everything is going to be okay,” Milley told him. “We are not going to attack or conduct any kinetic operations against you.”

In the book’s account, Milley went so far as to pledge he would alert his counterpart in the event of a US attack, stressing the rapport they’d established through a backchannel.

“General Li, you and I have known each other for now five years. If we’re going to attack, I’m going to call you ahead of time. It’s not going to be a surprise.”

On January 8, 2021, the same day Milley reportedly spoke to China in a secret phone call, CNN ran a story claiming Pelosi had gotten assurances from Milley there are safeguards in place in the event President Trump wants to launch a nuclear weapon.

“This morning, I spoke to the Chairman of the Joint Chiefs of Staff Mark Milley to discuss available precautions for preventing an unstable president from initiating military hostilities or accessing the launch codes and ordering a nuclear strike,” Pelosi wrote in a letter. “The situation of this unhinged President could not be more dangerous, and we must do everything that we can to protect the American people from his unbalanced assault on our country and our democracy.”

After speaking with Milley Friday, Pelosi told her caucus that she has gotten assurances there are safeguards in place in the event Trump wants to launch a nuclear weapon, according to multiple sources on a caucus call.

“Speaker Pelosi initiated a call with the Chairman. He answered her questions regarding the process of nuclear command authority,” Colonel Dave Butler said in a statement.

House Speaker Nancy Pelosi told House Democrats that she has gotten assurances there are safeguards in place in the event President Trump wants to launch a nuclear weapon, according to multiple sources. https://t.co/E8YnKAToRg

Sen. Marco Rubio (R-Fla.) in a Tuesday letter called on President Biden to fire Gen. Milley over what he said was the "contemplation" of a leak of classified information to China.

"I write with grave concern regarding recent reporting that General Mark Milley, Chairman of the Joint Chiefs of Staff, worked to actively undermine the sitting Commander in Chief of the United States Armed Forces and contemplated a treasonous leak of classified information to the Chinese Communist Party in advance of a potential armed conflict with the People’s Republic of China (PRC)," Rubio's letter said.

"These actions by General Milley demonstrate a clear lack of sound judgement, and I urge you to dismiss him immediately," he added.

President Trump has weighed-in on this:

JUST IN - Trump says "it's treason, if true" on Gen. Milley report.pic.twitter.com/ld5c4HnnAc