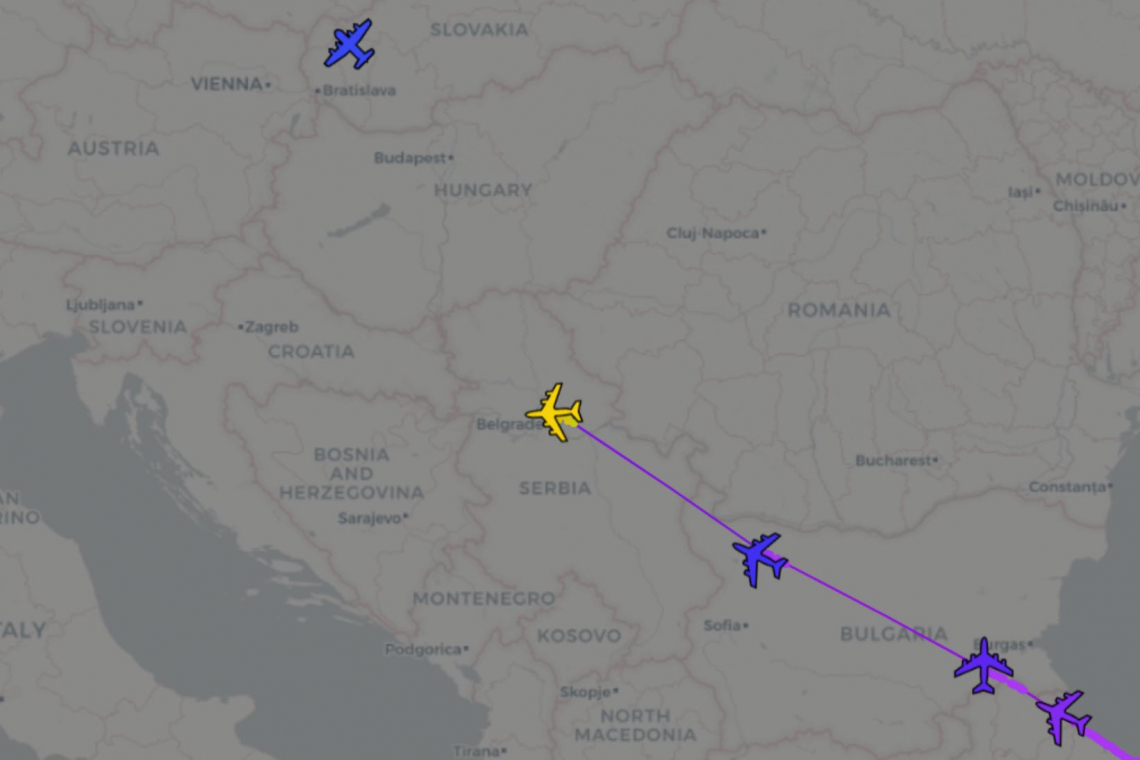 The identification numbers of the planes are as follows:

According to public sources, each plane is capable of carrying either three-hundred (300) troops or 110 paratroopers, each. 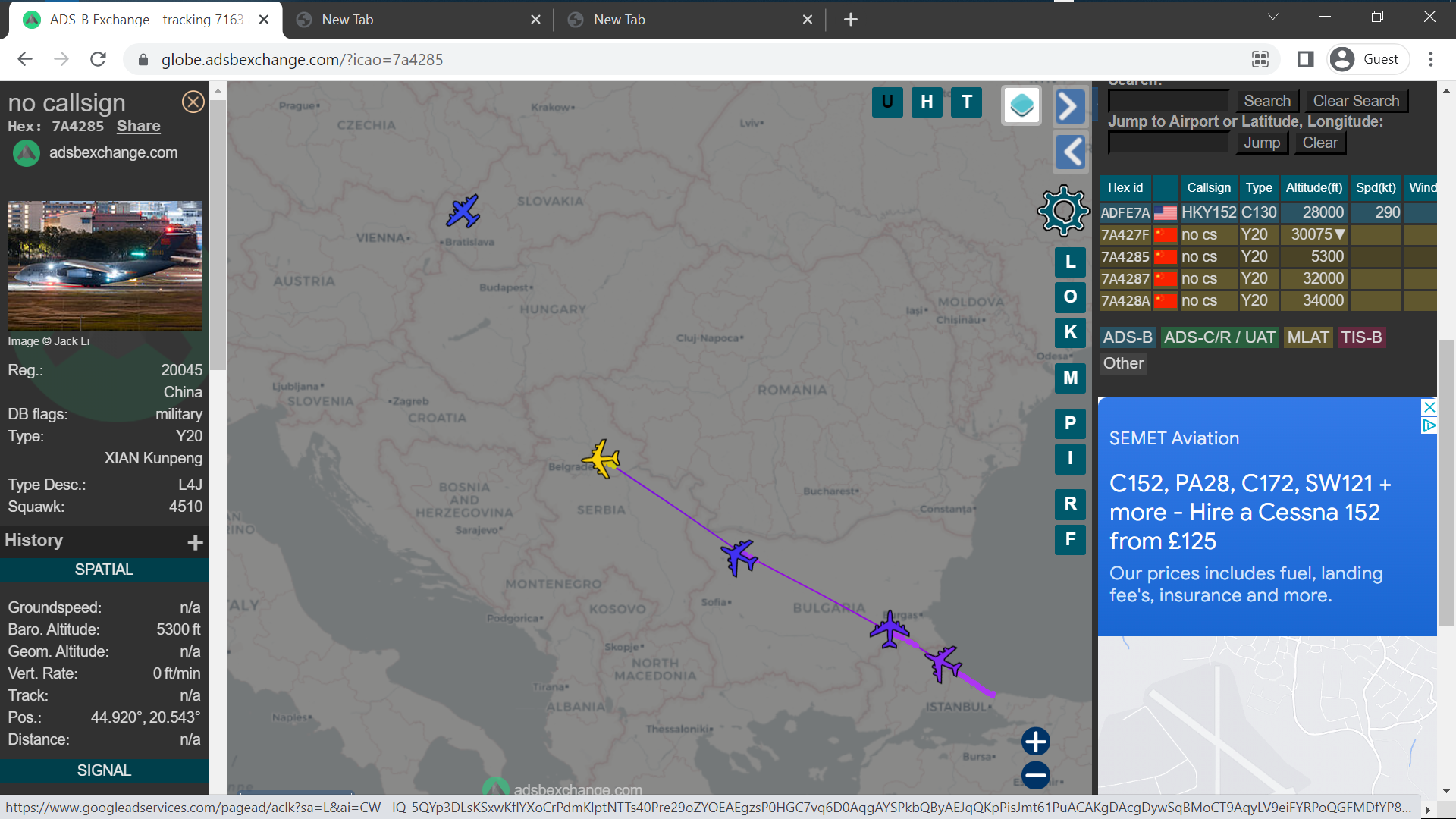 These four planes landed in the Capital.

The final two were also seen doing "zig-zag" maneuvers at 3500 feet northwest of the Capital; exactly the type of maneuvers and altitude one might expect to see from planes deploying paratroopers. 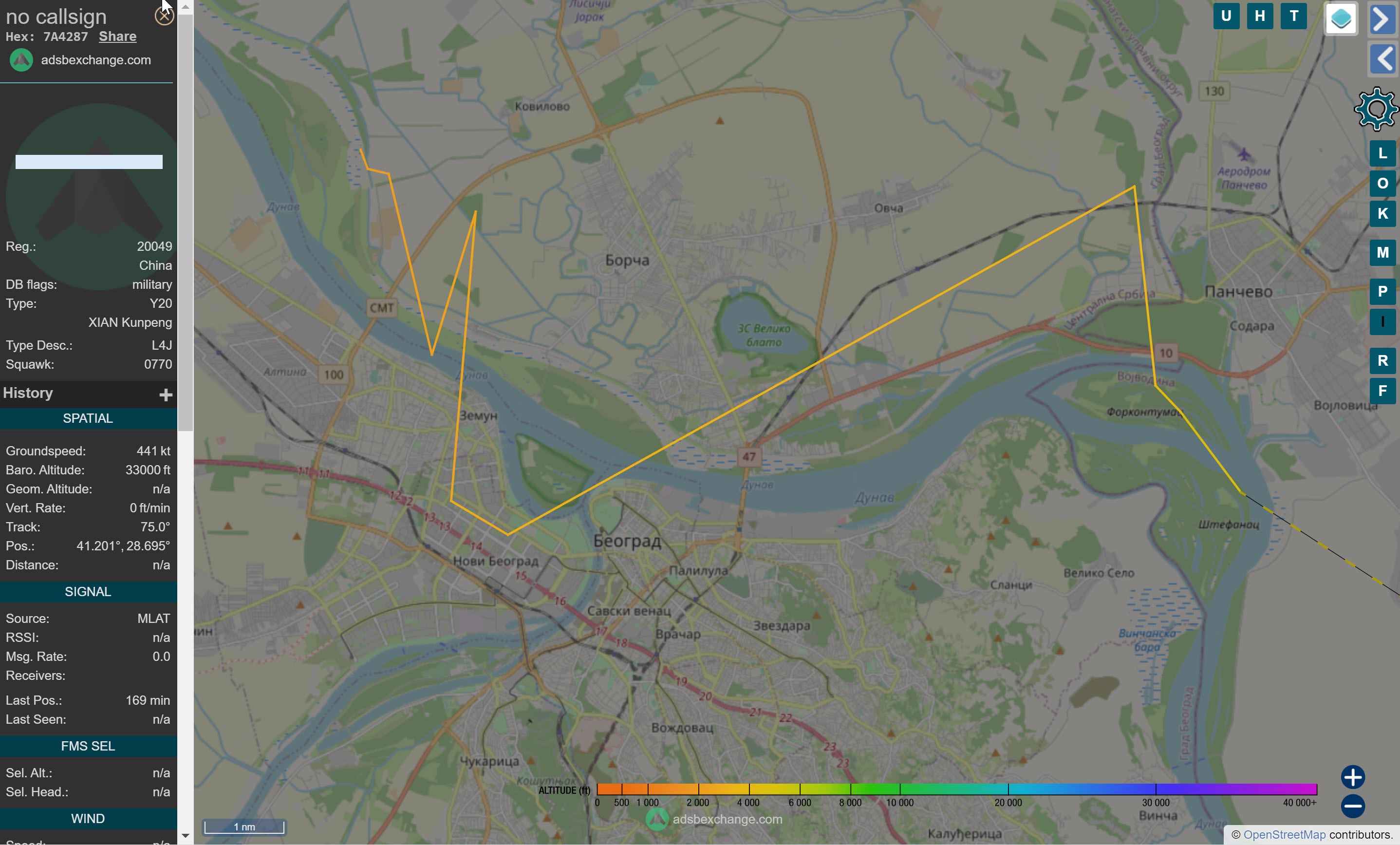 For the first time in a long time, the world is now seeing China Communist Party (CCP) force projection.

It is not known yet, why the troops have been sent, or what their purpose is.

Initial SPECULATION is that they are being sent to secure the vast Lithium deposits in Serbia, but that is just a wild guess.

Whatever is going on, the possibility of World War 3 just expanded greatly.

More info if I get it.

Intel Circuits are blaring with UNCONFIRMED and UNCORROBORATED reports Chinese military aircraft under the guise of a joint military exercise with Serbia may be transporting Russian troops into an area (Serbia) where said troops with equipment can move into Romania and into Poland on a "Thunder Run" to raise hell and create chaos from the west.  Again, this is UNCONFIRMED AND UNCORROBORATED.

This isn't good at all.

During the Balkan war in the 90's China stated that it considered invading and taking over Serbia as a jumping point into all of Europe.

The only reason it didn't happen was that Russian troops swooped in to stop it from happening because Serbia got word that it was going to happen, so they requested Russian troops to fly in and take control of all of their airports for a certain amount of time.

If the same scenario is playing out now, then its really bad. If China is swooping into Serbia to take control and create a military jump point into Europe, it means they expect NATO to attack Russia and that China is moving in to provide backup support to Russia.

NATO bombed the shit out of Belgrade Serbia in 1999....The great people of Serbia hate NATO with a passion...

We are closer to WW3 than some realize.

There are now over 100,000 US Troops in Europe, this is unprecedented in recent times.

US/NATO Special operations have been directly assisting Ukraine forces on the ground in Ukraine helping them kill Russians. I have heard stories of US Special Forces, and British SAS killing Russians dressed as Ukrainian forces. Obviously you have to treat all this kind of stuff with suspicion, this could be propaganda. At this point would any of us really be surprised ? In the White House we have a senile dementia patient living in a Truman Show/Wag the Dog Movie.

The MSM will have us all believe it is Russia. The reality is regardless of whether you personally agree with Russia actions in Ukraine or not, US/NATO badly want a hot war with Russia.

Hence this on going information war showing Civilians  allegedly killed by Russians in Ukraine. They are providing the narrative to justifiably attack Russia. If you can not see this, then you are blind.

To this backdrop we have the West/US/EU/UK overtly supplying the latest lethal weaponry to kill Russians. We already defacto declared war on Russia.

No idea what is going on with those Chinese Troops. The fact their flight path is erratic suggests they think US/NATO is capable of anything.

Minutes ago, at 7:48 AM, the Russian Ambassador to the US warned that "The West's actions may lead to a military confrontation between Moscow and Washington." 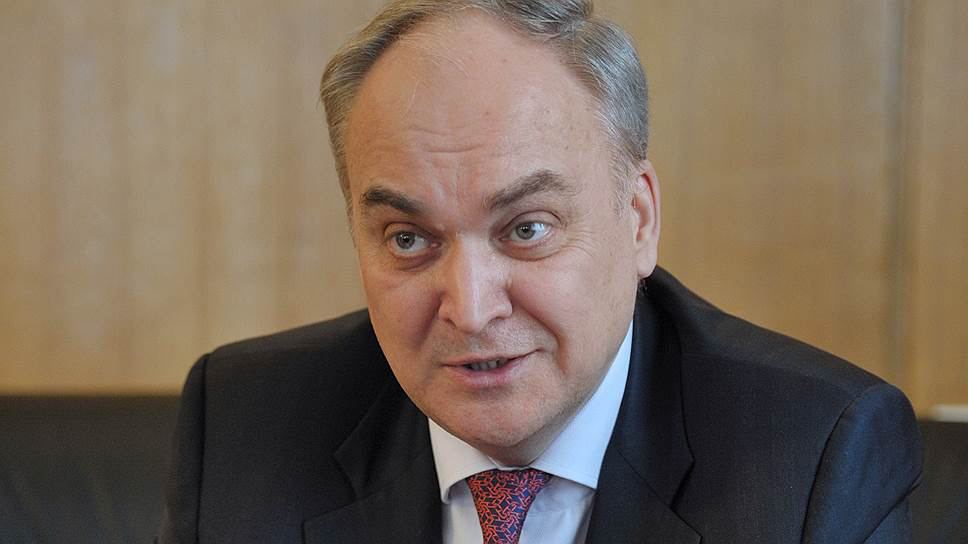