BREAKING NEWS: ISRAEL CLOSING ALL OF ITS EMBASSIES WORLDWIDE IMMEDIATELY 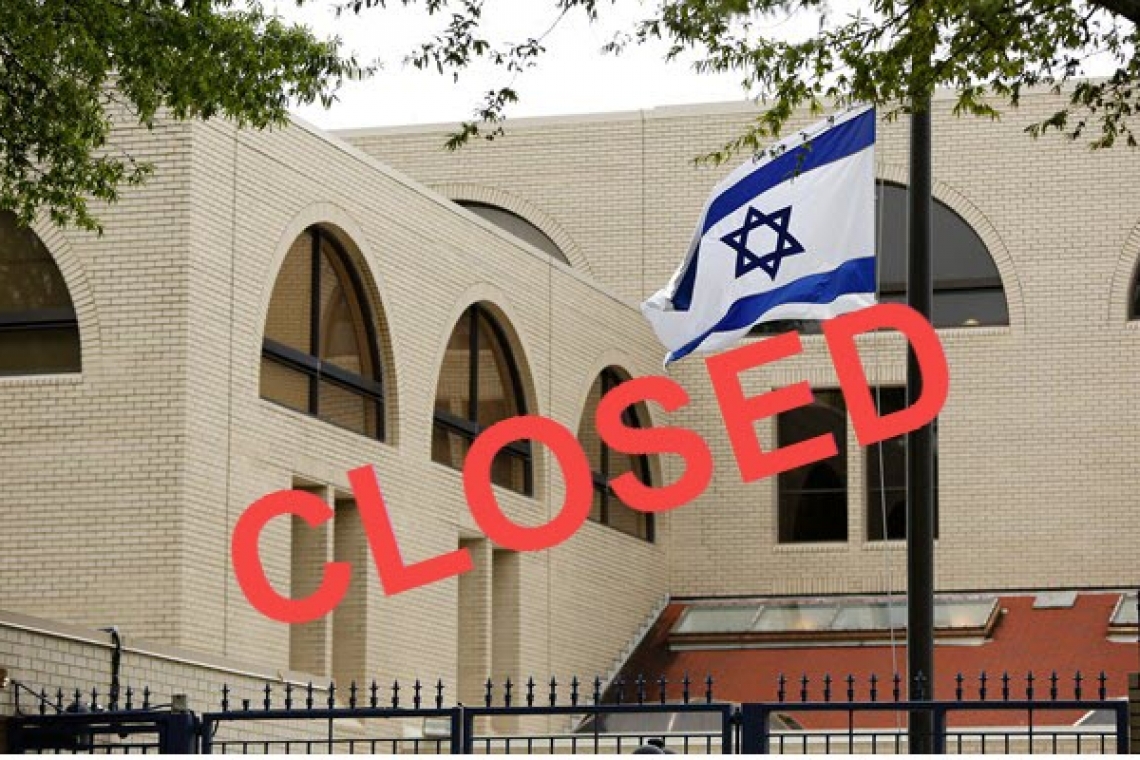 The state of Israel is CLOSING all of its foreign Embassies, worldwide, effective immediately.  No consular services will be available and no persons will be permitted entry until further notice.

Ambassador Joel Lion, the Israeli Ambassador to Ukraine, says this is due to a Ministry of Finance decision, but history suggests something different: Something  HUUUUUUUUGGGGGGEEEEE is about to take place.

All Israeli diplomatic representations all over the world are closing

It is almost unheard of that any country, even with financial authorizations lagging, closes its Embassies.  It just isn't done.  Yet Israel is doing so.

Is this part and parcel of the ALLEGED nuclear "false flag" said to be in the works against Seattle, WA and Los Angeles, CA for this Sunday, November 3?   Unknown.

One off-the-wall claim are those rumors that Israel had a nuke stored in strategic embassy basements around the world as a blackmail option.  Will those nukes be detonated?  Unknown.

This is very unusual and very disturbing.  Clearly something very big is up.  Endeavoring to find out what it is.

We have two Aircraft Carries operational, one in Asia (based out of Japan) and one in the Arabian Sea. NOT A SINGLE OTHER US CARRIER can put to sea at the moment. 11 carriers and only two are capable of deploying at the present time.

If anybody is inclined to do something the timing is pretty good if they want to do it at the moment.