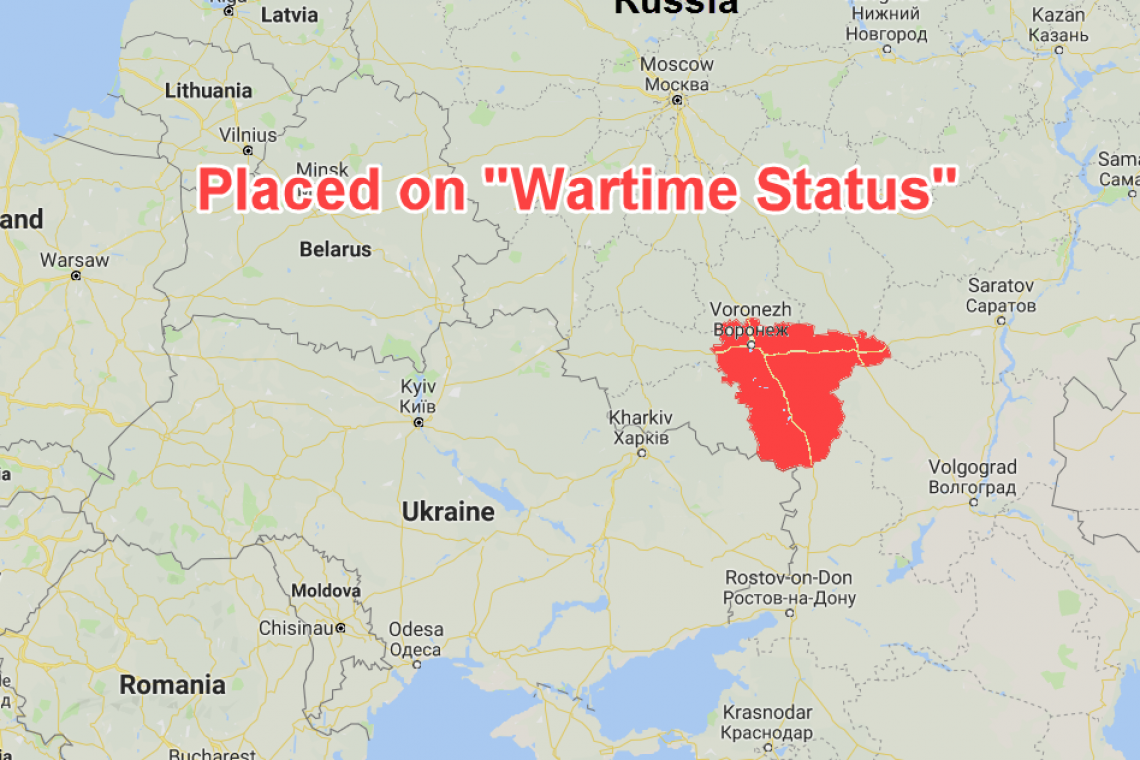 Russia has suddenly placed its Voronezh region on "wartime status" and is presently engaged in an actual partial mobilization by presidential decree.  This is the area wherein Russia has been storing thousands of older model tanks, and has moved more than 80,000 troops over the past year.

Russia is claiming this is an unscheduled, un-announced, "Exercise" to be led by Western Military District commander colonel general Zhuravlev. Till Aug 16th.

Does not bode well for Ukraine.