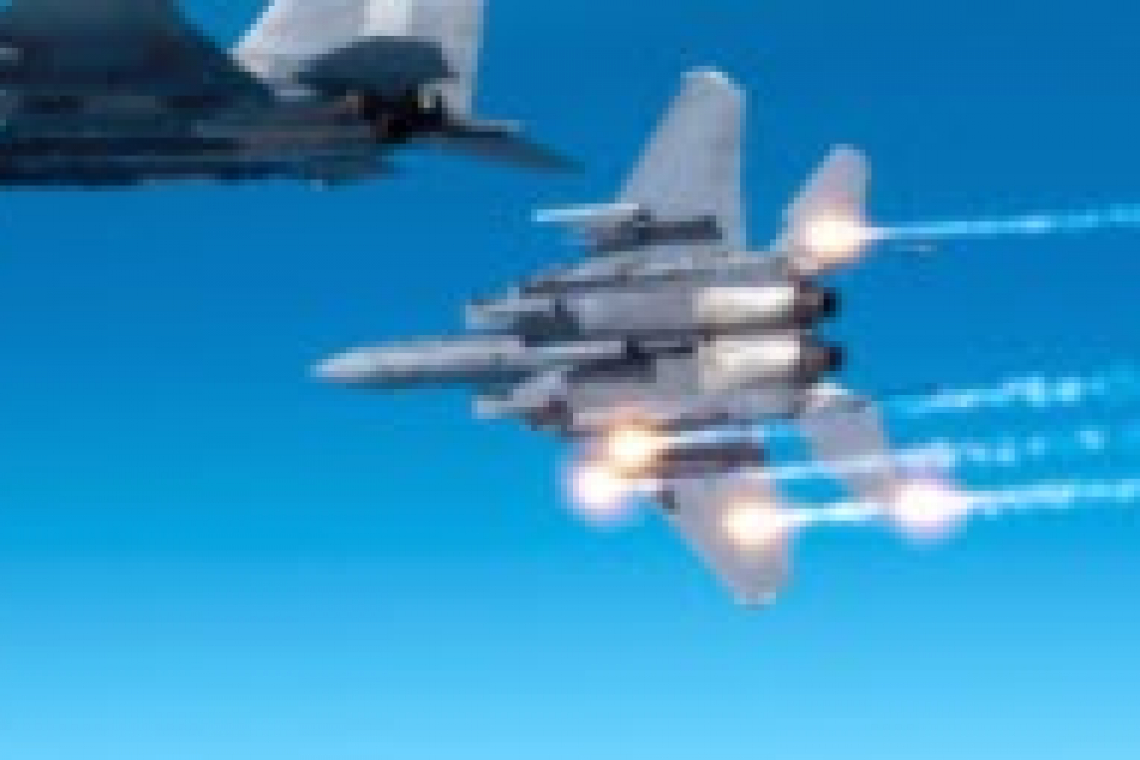 This time Syria fired back; Not just at the incoming Israeli missiles, but at the fighter jet which fired them!

For the first time, an Israeli fighter jet had to use Chaff and Flares to evade being hit by a Syrian air defense missile!

The missile chased the jet -- IN LEBANON AIR SPACE -- forcing the fighter pilot to use extreme evasive maneuvers and, finally, chaff and flares, to escape being shot down.

Chaff — which comprises “millions of tiny aluminum or zinc-coated fibers” — is stored onboard an aircraft in tubes and ejected behind the plane to confuse radar-guided missiles, the Pentagon’s defense-industrial base report stated.

Meanwhile, flares distract heat-seeking, infrared-guided missiles “by ejecting magnesium pellets from tubes to ignite in the wake behind an aircraft,” the report states. Those pellets are so hot — more than 2,000 degrees Fahrenheit — that the temperature exceeds that of the aircraft’s engine or exhaust, tricking an infrared-guided missile about the path of the aircraft.

The chaff and flares caused the Syrian S-200 air defense missile to miss hitting the fighter jet.  That missile ended up crashing into the ground without hitting, damaging, or injuring, anything.  The missile wreckage appears in the tweet below:

Published information indicates that an S200 missile was fired at an Israeli fighter tonight, but after the missile chased the fighter in Lebanese airspace, the fighter managed to escape using Chaf and Feller, and the element defense missile landed in an area between the borders pic.twitter.com/o526SpyTYS