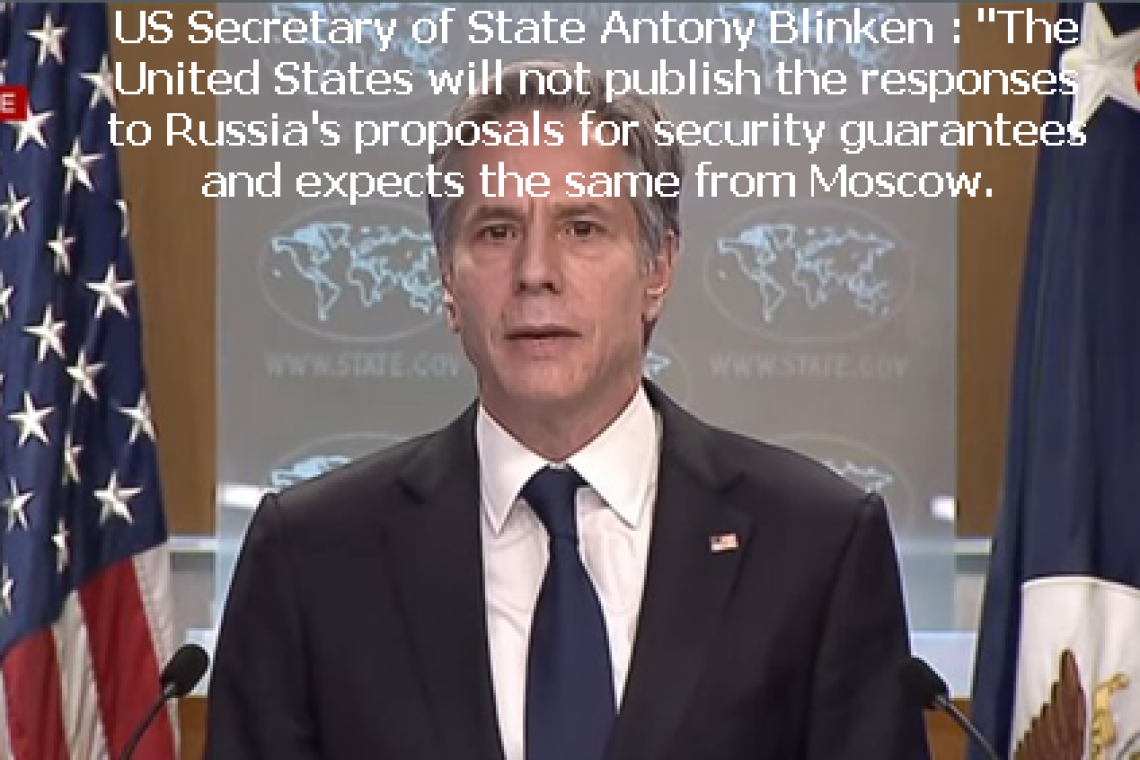 Speaking publicly, US Secretary of State, Antony Blinken revealed the US response was delivered by Ambassador Sullivan, directly to Moscow.  He went on to say the US is NOT MAKING PUBLIC what its response is, and expects the same from Russia.

Blinken began his remarks with a lie, by saying the US has delivered its written response "over a crisis instigated by Russia's build-up of troops on the Ukraine border."  That is factually inaccurate. Ukraine built-up 80,000- 100,000 troops FIRST, along the borders of Luhansk and Donetsk, and Russia merely responded to that build up.

This is a fast developing story.  Additional details forthcoming, but the fact that the US written response has been made and delivered means the world is now -- at this very moment -- on the precipice of war.   If Diplomacy has failed, only the Russians know that right now.

The world will only find out, once the order for Russian troops to begin moving, is given.   Then, it's game-on.

So right this second, while you're reading this article, stop and take a look around the room you're in . . . or the place you're in.   THIS is where you were when World War 3 . . . . started/was avoided? Right this second, YOU are living actual history . . .

COVERT INTEL is starting to come in about what the US response contained and what the Russian's initial impression is.  None of it is good.

I will talk about all this COVERT INTEL on my live radio show tonight at 9:00 PM eastern US time.

Internet: http://stream.halturnerradioshow.com:8000/  (Does not go live until 1 hour before show. Carries music during that hour)