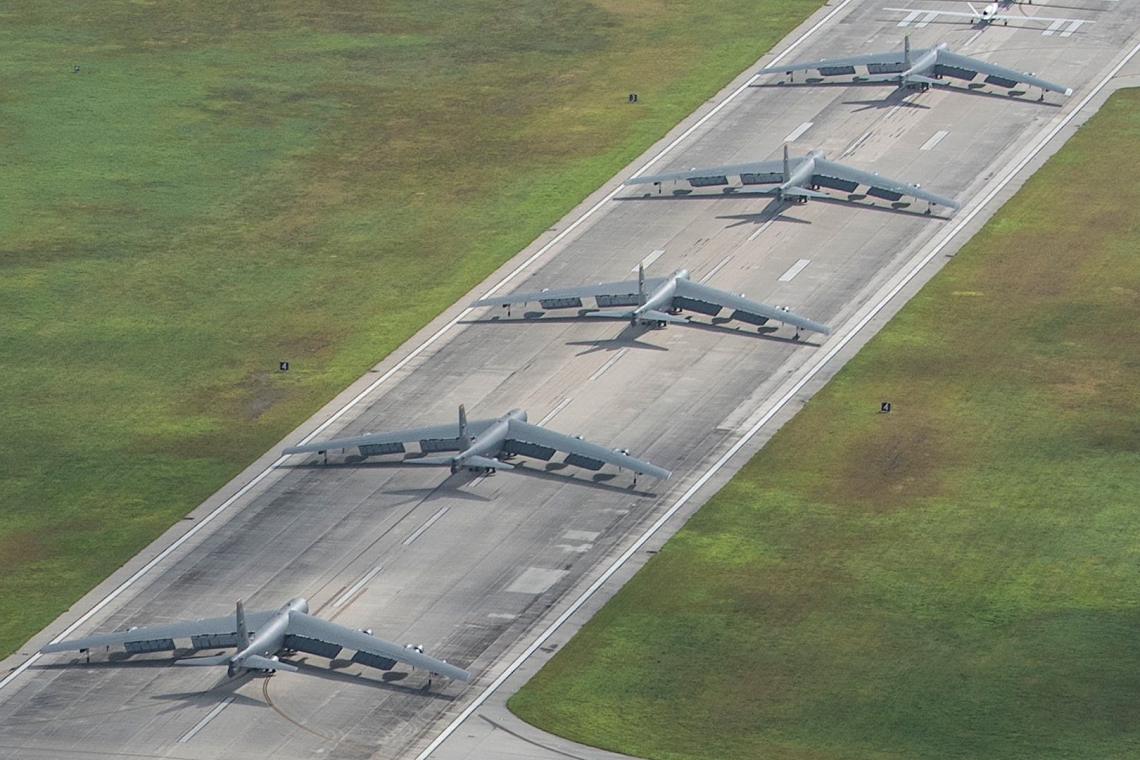 The United States has suddenly REMOVED -- ALL -- of it's forward-deployed B-52 Bombers from Guam.  The official stated reason is one thing; but my former colleagues in the Intelligence Community tell me something FAR different, and it is not good.

The U.S. Air Force has ended its uninterrupted rotations of bombers to Andersen Air Force Base on Guam, which have been ongoing since 2004, as it shifts to a less predictable concept of operations.

Five B-52H Stratofortresses left yesterday with no replacement aircraft in place, bringing an end to what the service had called the Continuous Bomber Presence Mission. 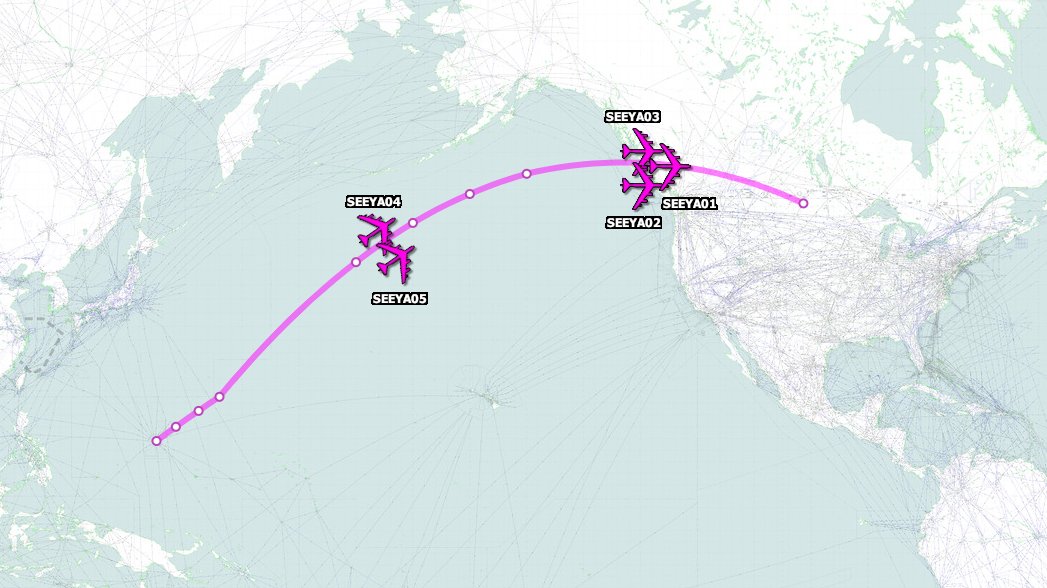 The Official explanation offered by the Department of Defense is as follows:

"In line with the National Defense Strategy, the United States has transitioned to an approach that enables strategic bombers to operate forward in the Indo-Pacific region from a broader array of overseas locations, when required, and with greater operational resilience, while these bombers are permanently based in the United States," U.S. Air Force Major Kate Atanasoff, a U.S. Strategic Command (STRATCOM) spokesperson, confirmed. "U.S. strategic bombers will continue to operate in the Indo-Pacific, to include Guam, at the timing and tempo of our choosing."

The SUDDEN removal of these aircraft, did not make sense one day after putting on the display below, aimed at China:

Turns out, what the public was TOLD about the move, is NOT the real reason.

Most of my readers and listeners know that, for about 15 years, I worked with the FBI.  My final five years, from 2003 thru 2008, with its Joint Terrorism Task Force (JTTF).  It all came out at a federal trial in Brooklyn federal court in December, 2009, when I was betrayed by the Obama regime and charged with "Threatening" federal officials over an Editorial I published on this radio show web site.

At trial, then Assistant Special Agent in Charge (ASAC) Amy Pickett, of the FBI's New York City Division, testified under oath, in open court, that I was "national security."  She testified that people like me handled "National Security, Terrorism, and Foreign Counter-Intelligence."  Part of the court records prove that, at that time, the FBI allocated $100,000 a year for my services, and had already paid me tens-of-thousands of dollars.

While that trial was going on, Alex Jones covered it.   The first 90 seconds of the video below is what Alex Jones broadcast about me to his TV audience:

Evidence at trial proved I was one of the very few FBI assets granted "Extra-Territorial" operational authority by the Office of Intelligence at FBI Headquarters in Washington, DC.  I was able to be tasked to operate OUTSIDE the United States.  When I did that, my activities were coordinated with other agencies, like the CIA, but I did NOT work for the CIA.

In my role, I was able to work with others in the Intelligence Community around the world; in  Law enforcement, military, and outright Intelligence.  To this very day, I still maintain contact with some of those people and they feed me information that the mass-media never gets near.

What you are about to read is directly from those active Intelligence colleagues:

According to well-placed sources in the United States military, the REAL reason these strategic bombers were suddenly removed from Guam, is far worse.

The precise explanation provided to me is as follows:

"This was a force preservation measure.

They wanted them farther away from China because China can launch short or medium range ballistic missiles and destroy the base before the aircraft can launch."

At 11:15 PM Eastern US Time Tonight, I got a communication via SECURE methods informing me of the following (VERBATIM):

COG (Continuity of Government) has already gone to Cheyenne mountain.
DHS (Department of Homeland Security) goes to PN mountain.
Reservists are called up (1 million).
Expats are called home.
People are told to "stay put at home and get masks."
Long standing military patterns are suddenly changed.
War rhetoric against China is at a TOP PEAK

I respond with my personal assessment by saying "We are going to war with China."

His response to my personal assessment was as follows (VERBATIM):

"Look, China has been caught hacking our infrastructure during the entire time of the outbreak.  They are clearly trying to determine what we know about where this virus originated.  This would indicate the Virus outbreak was not an accident . When they find out that we have found out, we believe they will launch a first strike because they know we will strike them over a bio-weapon attack."

Hew went on: "It was definitely a man made virus. It did come from the Wuhan Virology Lab.  (I Reported this to you on February 22 HERE)

China then covered it up and purposely allowed people from Wuhan to travel all over the world. It was not a mistake that they let it spread.

Those B-52's were moved because the Pentagon does not leave strategic assets in any place they know will soon be a theater of battle."

The following information is so severe, it is restricted to Subscribers only so as not to cause public panic.