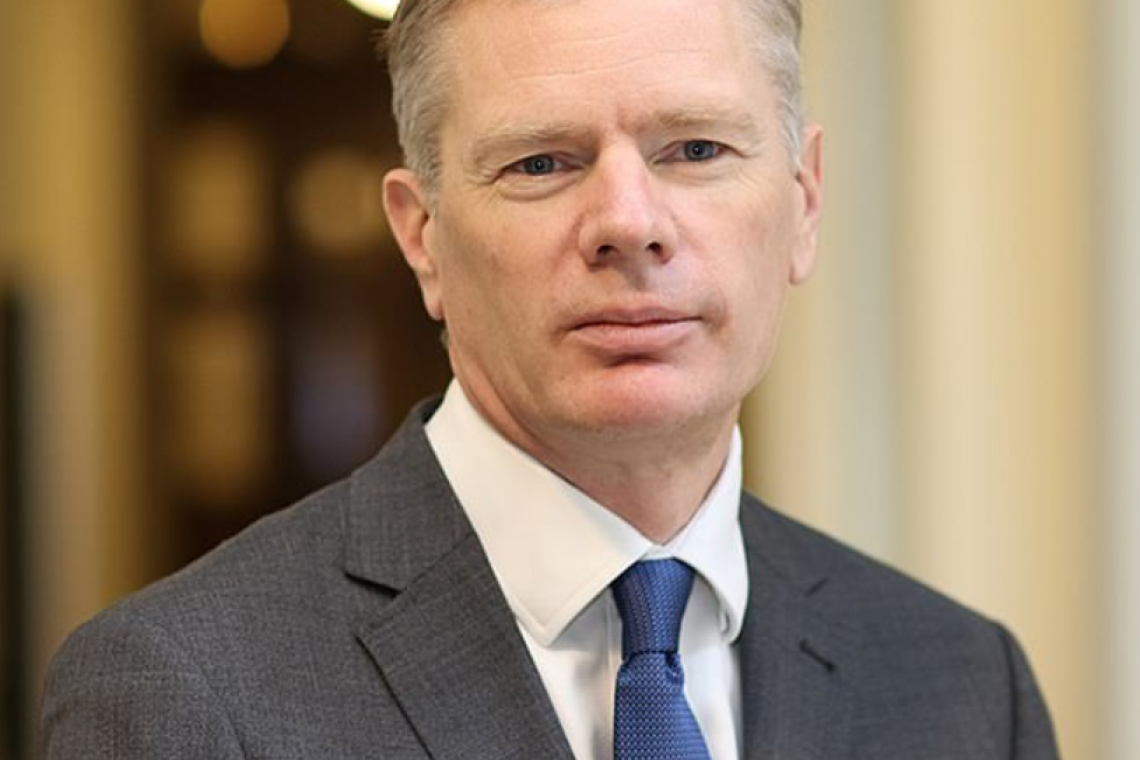 The Foreign Office has hit out at Iran for a 'flagrant violation of international law' after the UK ambassador to the country was arrested during a protest in the capital Tehran.

Diplomat Rob Macaire was present during demonstrations against Ayatollah Khamenei in front of Tehran’s Amir Kabir University and was arrested after allegedly 'organizing, provoking and directing radical actions', according to local reports.

Thousands had gathered to demand the supreme leader's resignation after his regime admitted it had mistakenly shot down a civilian passenger plane during retaliation against the US' assassination of Qasem Soleimani.

Mr Macaire, a diplomat with 30 years experience, was released following more than an hour in detention.

In a strongly worded statement, Foreign Secretary Dominic Raab warned Iran that it needed to make a choice between becoming a 'pariah' state or to 'deescalate tensions' with the west.

'The arrest of our Ambassador in Tehran without grounds or explanation is a flagrant violation of international law. The Iranian government is at a cross-roads moment,' said Mr Raab.

'It can continue its march towards pariah status with all the political and economic isolation that entails, or take steps to deescalate tensions and engage in a diplomatic path forwards.'

Mr Macaire was appointed to the Ambassador role in April 2018, replacing Nicholas Hopton.

Angry crowds gathered in at least four locations across Tehran tonight, chanting 'death to liars' and calling for the country's supreme leader to step down over the tragic military blunder, video from the scene shows.

What began as mournful vigils for Iranian lives lost on the flight soon turned to outrage and protest against the regime, and riot police quickly cracked down, firing tear gas into the crowd.

'Death to the Islamic Republic' protesters chanted, as the regime's security forces allegedly used ambulances to sneak heavily armed paramilitary police into the middle of crowds to disperse the demonstration.

Ukrainian Airlines Flight 752 was carrying 176 people, at least 130 of them Iranian citizens, when it was shot down by hapless Iranian Revolutionary Guard air defense forces shortly after taking off from Tehran on January 8.