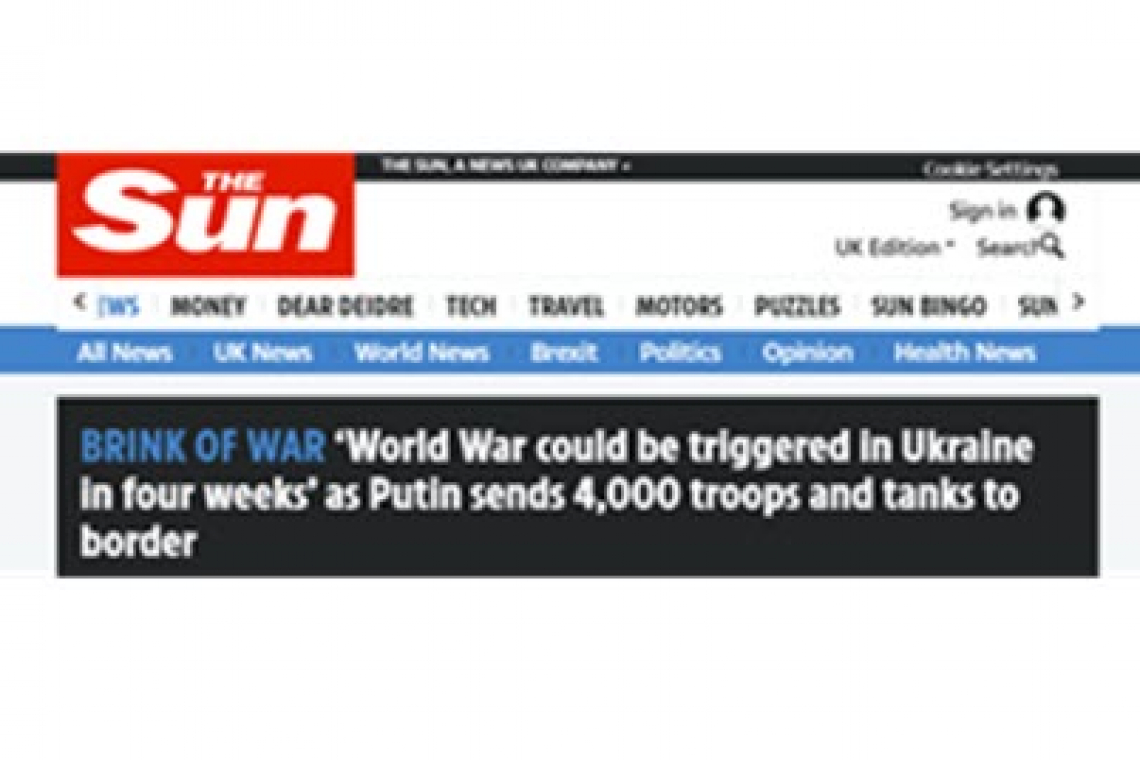 A veritable garbage dump of British media, "The Sun" newspaper, has a headline in yesterday's edition " . . . World War could be triggered in Four Weeks" over the ongoing and escalating situation in Ukraine.

Gee, that would put us at about May 2, the precise date I mentioned on my radio show last week, for the start of this conflict!