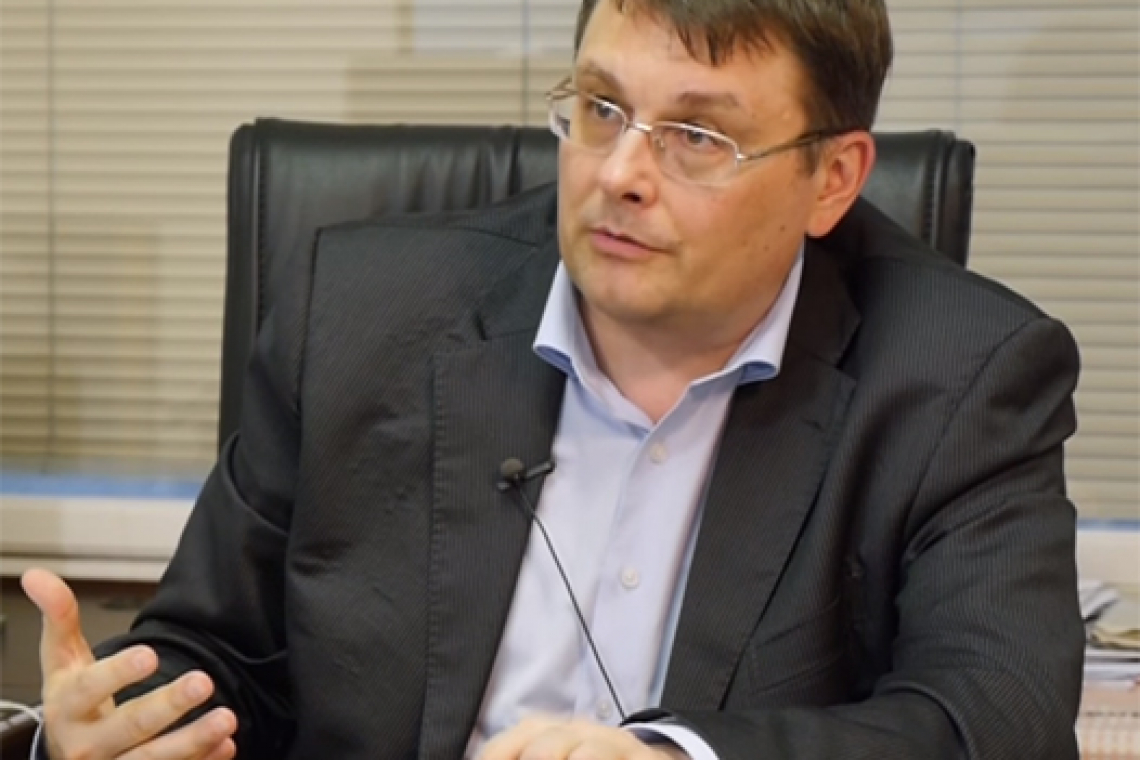 An elected member of the Russian Duma, their equivalent of the US Congress, publicly states Russia should launch a hypersonic nuclear bomb against the USA, without our consent, to detonate at the Nevada Test Site (minimize casualties) as a display of Russia's seriousness over NATO.

A "warning strike" with a Russian nuclear weapon on a U.S. test site in Nevada has been proposed by state Duma Deputy Yevgeney Fyodorov. He made the proposal on the air of a Youtube channel "National Course."

"Maybe . . . well, I'm fantasizing right now . . . the launch of our rocket at the state of Nevada, even a nuclear explosion there, at the test site, to demonstrate our determination, without the consent of the Americans, but warning them of course, so they do not rush in response." Fyodorov said.

Such a scenario, according to Fyodorov, will lead "to the formation among Americans, based on their mentality, of a reason to negotiate with Russia."

"This will prove to American citizens that the threat of Russian retaliation against US and NATO actions, is not a bluff. and will force them to influence the authorities from within the country." he continued.

He noted there are no civilians at the test site, and if the United States is warned about the impact by 2 or 3 days, then "this will be a good action to demonstrate the seriousness of intentions." he said.

Never in my 59 years upon this earth, have I EVER heard an elected government official of _any_ nation, make such a statement in seriousness.  This is completely without precedent.

Frankly, I don't know whether to laugh or to cry at the unimaginable level of intellect necessary for an elected official to make such a remark publicly.

THIS is the state of the world right now, and THIS is the degree to which the Biden regime has blundered its way to the literal cliff of starting World War 3.

The fact that an elected public official in the second most powerful nation on earth, publicly said this in seriousness, is  . . .  is . . . .  I'm actually apoplectic!

With people in Russia saying things like this, and their counterparts here in America continuing to pursue policies which are explicitly designed to intentionally harm Russia, I fear we're all doomed.

The American people need to step up, right now, get on the phone, fax, email, and tell our public servants in Washington that we do NOT approve of how they're trying to police the world, and in particular, police Russia, and we will not sit idly-by while they orchestrate World War 3 for their own egos.

Their "power" comes from us.   Without us, THEY are nothing.

We will not permit them to create a situation where WE get killed because THEY misuse the power we lend them.

If we don't step up right now and take back control of our clearly out of control federal government, there may not be an America left to live in.

We have the video!  Below, in its original Russian language, is Deputy of the Russian Duma, Yevgeney Fyodorov, saying Russia should fire a hypersonic nuke at the US Nevada test site, to prove Russia is serious about retaliating against the US over NATO.

Apparently, Fyodorov believes that the US cannot defend against such a Russian hypersonic weapon, and only by seeing in real life that we cannot defeat their missiles, will we come to our senses and stop threatening Russia with NATO expansion around their country, and pointing NATO missiles at Russia.

Sadly, he may be right, but his proposed solution is utter madness!

Here is the actual video.  Russian media outlets are also starting to cover this story as shown HERE