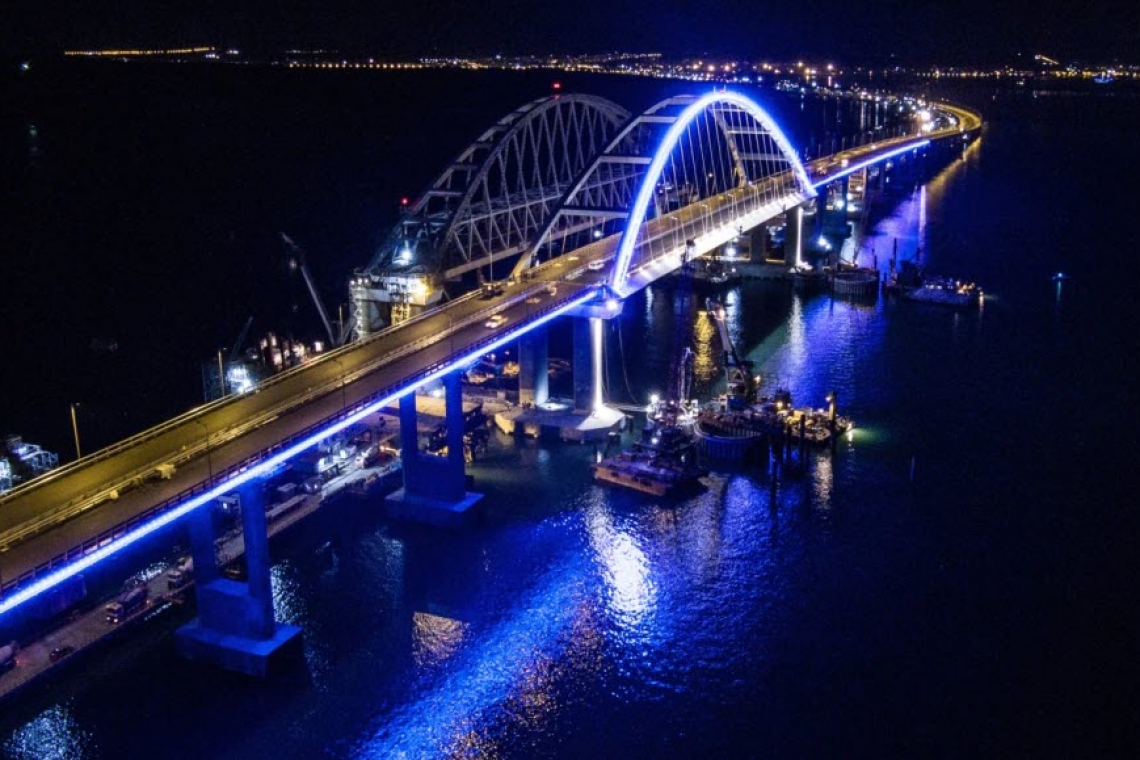 Ukrainian President Volodymyr Zelensky, signed Decree No. 117/2021 today, March 24, activating the Ukraine Army to  recapture and re-unify with Ukraine, the Autonomous Region of Crimea and the city of Sevastopol.

Intel about the signing was revealed following a meeting with the National Security and Defense Council.

The scalable map below shows Crimea, the Peninsula at the southern end of Ukraine.   It is now connected to Russia by the Kerch Strait Bridge on the east side of the Peninsula:

The decree will likely be marked by history as the official beginning of World War 3.

The military plan which is referenced in the Presidential Decree describes the use of "hybrid warfare" to re-conquer Crimea and Sevastopol, and the military plan explicitly acknowledges these actions will openly war against Russia!

Worse, the Kerch Bridge is now a target and we will certainly see Russian moves to protect it.

The bridge spans the Kerch Strait between mainland Russia and Crimea.  It is an engineering marvel, constructed by Russia after the people of Crimea voted in 2011 to leave Ukraine and return to Russia.

Ukraine refuses to recognize that Referendum, claiming the vote was "rigged." Ninety-Seven Percent (97%) of those voting, chose to return to Russia, which Crimea was part of for three hundred years, before then-Soviet Leader Nikita Kruschev, "gave" the peninsula to Ukraine about 50 years ago.

Intel from inside the Russian military makes clear that if Ukraine attacks their Russian-speaking population inside Luhansk or Donestk, Russia WILL defend those people.  Further, Russian efforts will not be limited to DEFENDING Luhansk and Donetsk; there WILL be a "violent counter-attack" by Russia during which they are likely to "take" the following oblasts (states) inside Ukraine: 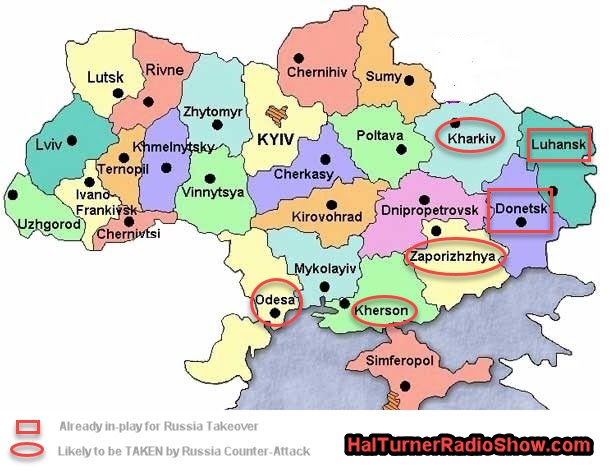 It should be pointed out that Russian President, Vladimir Putin, on more than one occasion, said that when he was growing up in Moscow, he learned that if a fight is unavoidable, it is always best to strike first.

Keep that in mind as you follow developments on this story.  Given the Ukraine troop build-up with tanks, artillery and heavy armor, Putin may just see that this fight IS unavoidable, and he may choose to strike first . . . . or maybe that's what the West is HOPING FOR?

Then they'd have an excuse to fight that they presently do not seem to have right now.

There is MUCH, MUCH, MORE information coming out and it is being revealed NIGHTLY on the Hal Turner Radio Show beginning at 9:00 PM eastern US time.

Readers can tune-in free, on radio and here on the net, as follows:

LISTEN LIVE ONLINE via Internet: http://stream.halturnerradioshow.com:8000/    (NOTE: This link DOES NOT GO ACTIVE until about one hour before the start of the show.  During that hour, it carries commercial-free music until the show begins)