CAUGHT ON VIDEO: Politician Telling People "Go Into Indian and White Neighborhoods; Kill Them and Burn their houses down" in South Africa 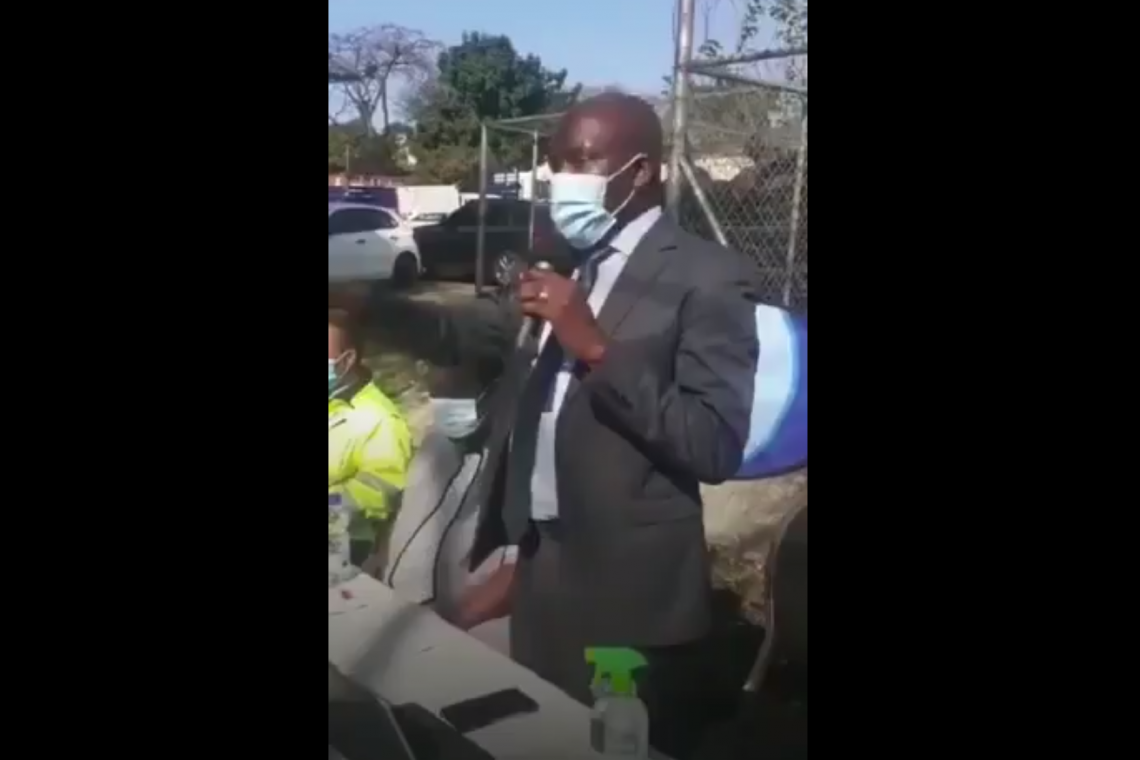 Astonishing video is out showing a South African government official telling Blacks to go into Indian and White neighborhoods, Kill them and burn their houses down.

Today, Thursday July 15, 2021, is Day 4 of the societal collapse in South Africa.  It began as a protest over the weekend over the jailing of former President Zuma, who was held in Contempt of Court for refusing to turn over evidence in a corruption trial.

Within hours, the "protest" turned into rioting, then looting.  Literally thousands of businesses in the city of Durban were looted bare, and when there was nothing left to steal, many were set on fire.

As the looting parties grew, the attacks moved out into the suburbs - the Indian and White suburbs.  Houses were broken into, families robbed, some beaten, some raped, some killed.  Then the houses were set on fire.

Astonishing videos and photos of the ONGOING carnage appear in stories HERE and HERE.

Turns out, it was all PLANNED.

Every time this video is posted to social media, the big tech censors take it down.  They don't want the world to see the racist hatred of Blacks against Indians and Whites.  They want to frame the issue as one of the poverty-stricken, desperate for food, doing what they must to survive; which is all a fallacy.

Here, watch the video yourself:

So all the wanton destruction we see taking place in South Africa is not some grassroots uprising by poor, starving people; it is outright racist hatred with looting, burning, and killing, taking place AT GOVERNMENT ORDER!

This is state sponsored GENOCIDE and TERRORISM being openly perpetrated by the Black government of South Africa against Indians from the sub-continent, and against White people.

Thanks to my former colleagues in the Intelligence Community, from my years working with the FBI Joint Terrorism Task Force (JTTF), I can now report to all of you that intelligence entities have been monitoring the ENCRYPTED COMMUNICATIONS of political leaders and certain other government officials inside South Africa, and can now PROVE in a court of law - or International Criminal Court-- that active, current, elected political officials and other government employees, have been coordinating these riots, looting sprees, and the burning of homes and businesses.

Thanks to the Intel Community's ability to crack ENCRYPTED communications, hundreds of people have now been effectively "caught" participating in the organizing and perpetrating of these riots, arson attacks and even murders in South Africa.

A bunch of these low-intellect people used what they THOUGHT was a totally impenetrable communications "chat" message system for their criminal activities.   This is the message they got when they entered the chat:

Turns out, it isn't as private as any of them were lead to believe.  The "encryption" was easily broken by intelligence agencies.

Take a look at all the telephone numbers showing, just from this very brief video, joining the criminal activities, and coordinating attacks:

All of those cell phone numbers can be entered into computerized TARGET SELECTION computers for deployment of US missile strikes against clusters of such numbers or, on an individual scale, each phone number can be the target of a helicopter-launched HellFire missile, taking out the phone and everyone within 500 feet around the phone . . .  like in the dark of night . . . when they're all asleep in their homes thinking they're safe.

Through an effort such as this, the entire leadership involved in the riots, can be wiped out quickly and effectively.

To my knowledge, no other media outlet anywhere is covering this topic, but the Hal Turner Radio Show has now done so.   If this is helpful to you, I hope it is worthy of your support.

Between reporting on the Societal Collapse taking place in South Africa, and the videos showing the rioting, looting, and killing, the costs for this web site for the month of July are already over DOUBLE the typical monthly cost, and are heading up toward $4,700 for the month.   Here, look: 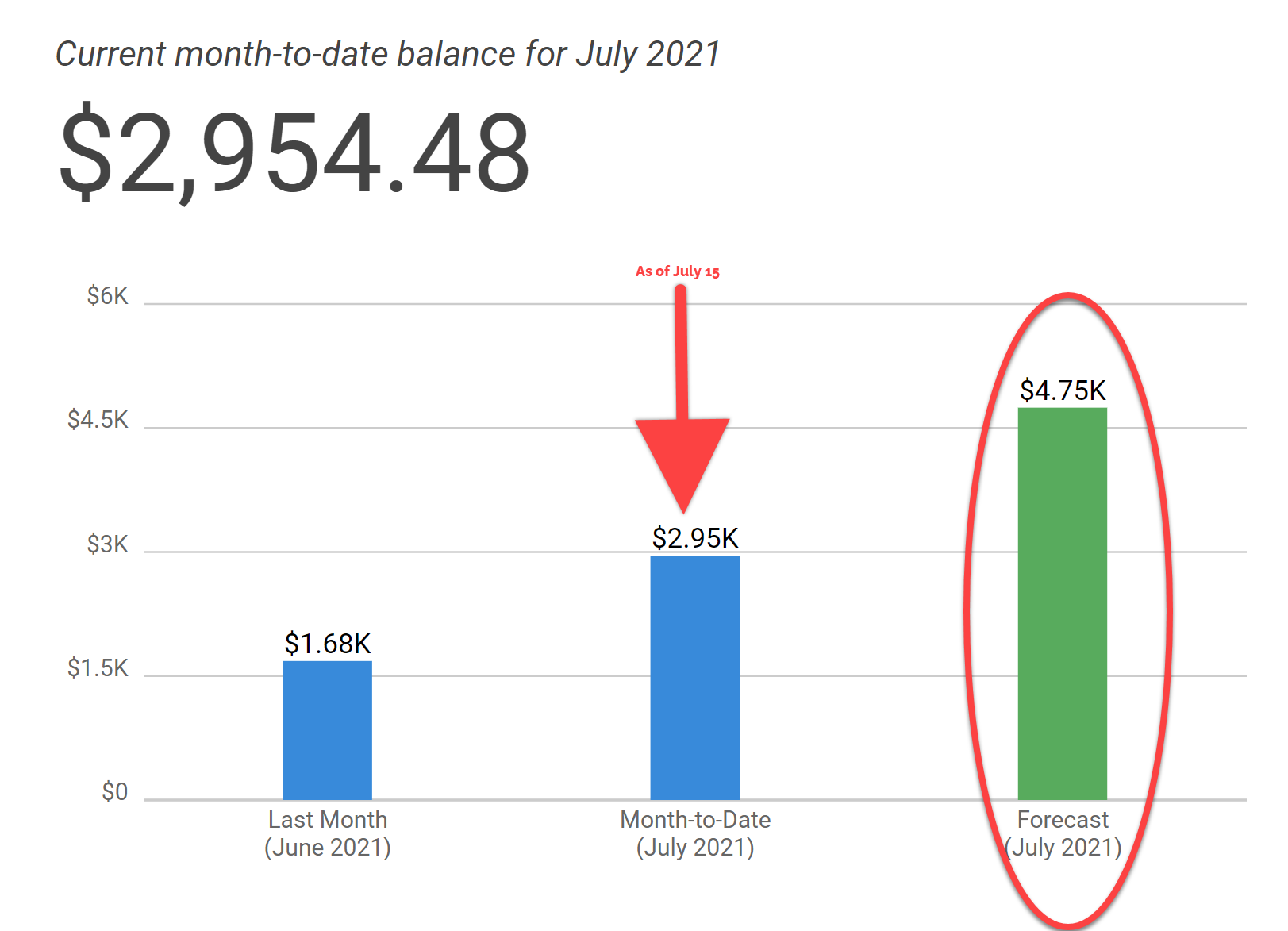 That amount will do serious harm to this web site and radio show, endangering the ability to continue in operation.   If this news and information is of value to you, please make a donation to offset the web site costs.  Without help, this trusted news source will simply go away. Donate below: